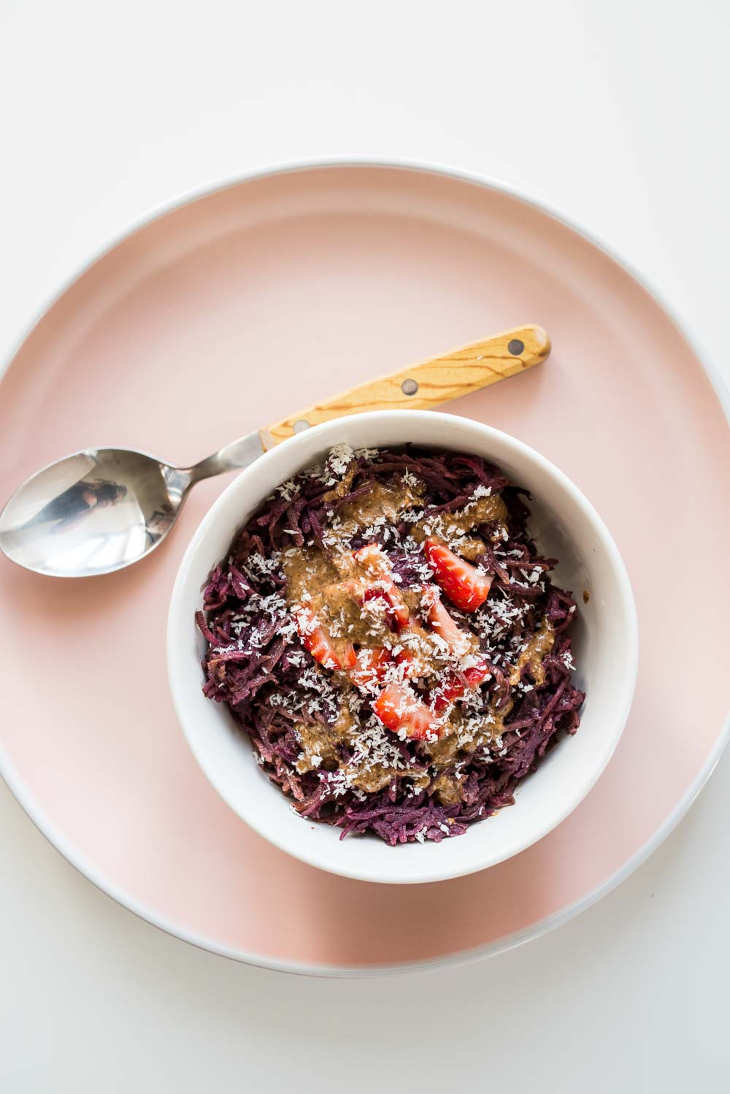 When I first ventured into paleo territory, oatmeal was one of the things I missed the most. This paleo sweet potato “oatmeal” recipe is one of my favorite breakfast hacks.

In a word, no. If you want to go deep, here’s an article on the subject.

To give you the abbreviated version, oats are a grain. And as most grains do, oats tend to add fuel to the fire of digestive issues such as leaky gut, IBS, and bloating.

Oats also contain something called phytates. These greedy characters rob your body of some of the nutrients in oats. The nutrients actually stick to the phytates so you don’t absorb as much of the good stuff as you could.

Which is a shame, because oats have generous amounts of manganese and phosphorus.

Grains, in general, are less nutritious than vegetables and seafood. So why not concentrate on the best of the best?

The next attempt to cling to bread and pasta usually centers on whole grains. After all, marketers have done a pretty good job of convincing us that they’re the end-all-be-all of healthy foods.

Not so in the paleo community. They know that the best sources of vitamins and minerals can be found in veggies, meats, seafood, nuts, and fruit.

In addition to phytates, grains can also contain lectins and prolamins. While some lectins don’t cause much of an issue, a lectin in wheat can trigger leaky gut and contribute to inflammation.

While you might not have heard of prolamins, you’ve probably heard of one of them: gluten. A tiny portion of the population can’t tolerate gluten, but a much higher number (about 30%) of people are sensitive to it.

You can read more about whole grains in this article.

By this point you may be a bit cross, having had your oatmeal and whole grains slashed from the menu. You may feel better knowing that a similar starchy treat can be fashioned completely from paleo ingredients.

Sweet potatoes are a great alternative to grain-based meals. For this breakfast, I shredded it to produce a similar texture to oats or cereal.

I used purple sweet potatoes, but any color is fine. You’ll reap the highest amount of antioxidants from the purple kind.

You have some flexibility in your toppings. You can use unsweetened shredded coconut and almond butter, or you could use some sliced almonds as well.

A bit of fruit, such as strawberry, is also quite nice.

If you like this paleo sweet potato oatmeal, you’ll love these sweet cinnamon paleo pancakes.

The texture is perfectly light and fluffy! 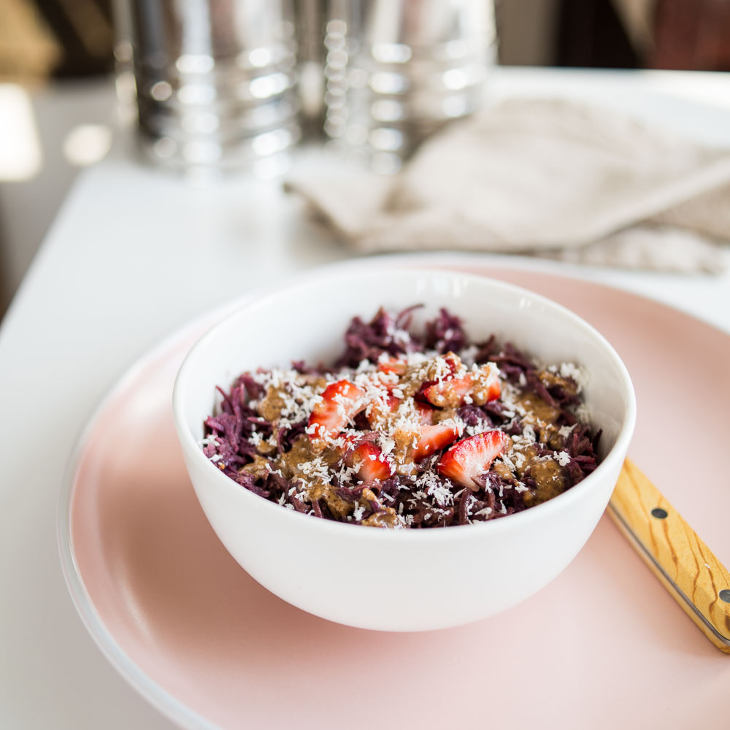 This paleo sweet potato “oatmeal” recipe is one of my favorite breakfast hacks.