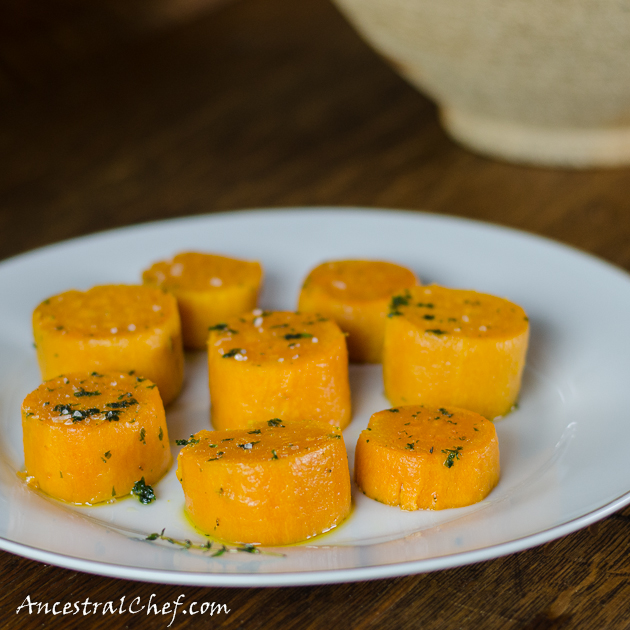 “My dream is to become a farmer. Just a Bohemian guy pulling up his own sweet potatoes for dinner.” ~ Lenny Kravitz

I’ve never dreamed of becoming a farmer, but I have often wanted to live in the countryside. There’s something alluring about being surrounded by nature and having space all around you.

So far, the closest I’ve come to living in the countryside was when I stayed near a forest with a lake during a stint at the Max Planck Institute in Stuttgart, Germany. I only ever walked through the forest twice during my entire stay!

I guess I’m just a city girl (who has never ever dug up her own sweet potatoes for dinner, although I hope to do so one day!).

This recipe is a very different take on the traditional scalloped potatoes, which is typically thinly sliced potatoes baked with cheese and cream. In fact, I only called it “scalloped” because I couldn’t come up with a better name for it! You can serve it as a side or as an appetizer.

I started by boiling the sweet potatoes with the skin on until they were pretty soft (you can check by poking a fork into it). Once boiled, let them cool a bit and then cut them into thick chunks (approx 1/2 inch to 1 inch thick).

Meanwhile, heat up some olive oil in a skillet on medium and throw some finely chopped parsley and a few sprigs of thyme into it. 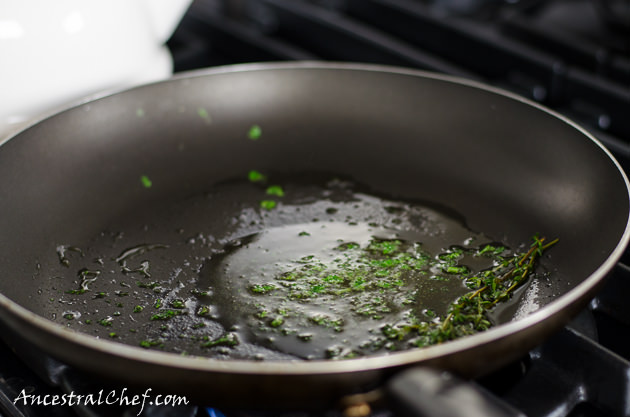 Place the sweet potatoes slices into the oil. 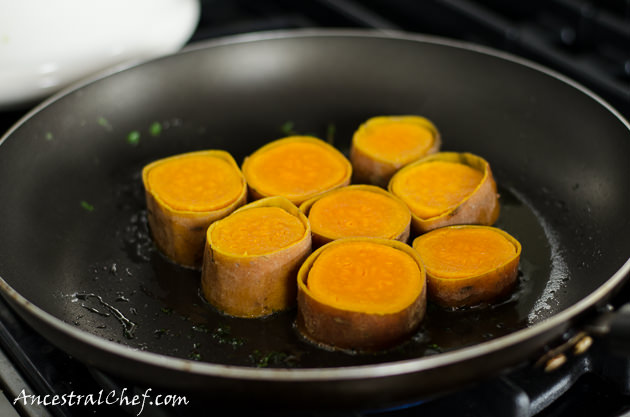 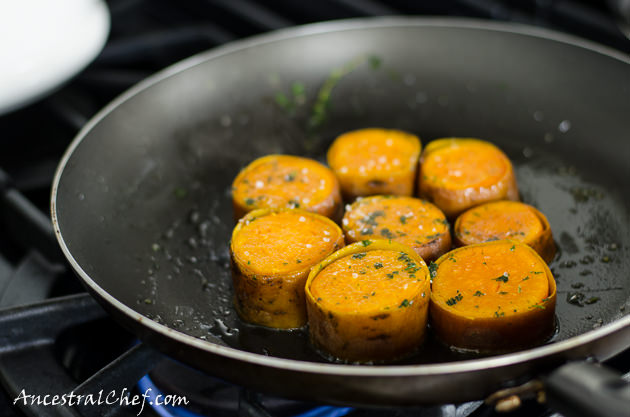 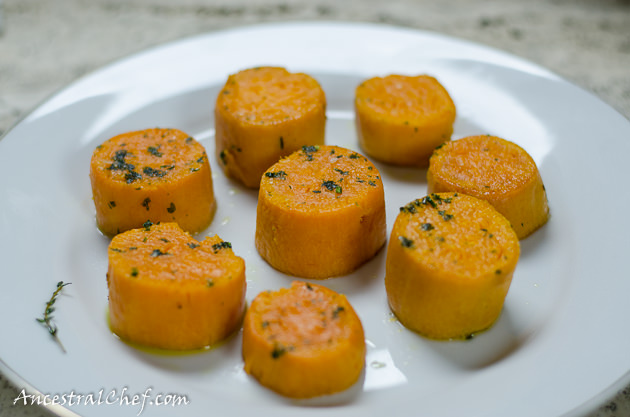 You can of course also make this with potatoes (for why they’re ok on a Paleo diet, read this article: Why Aren’t Potatoes Paleo?).