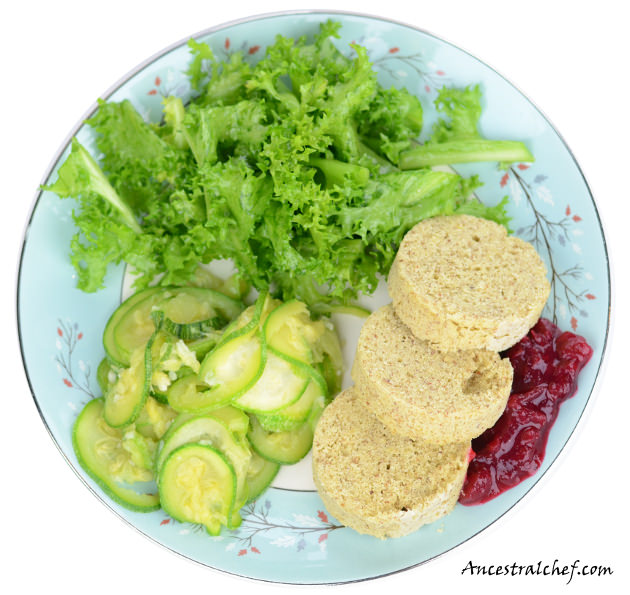 Vegetarian?!? I can almost hear the scorn in some of your voices! Yes, it was vegetarian without a meat dish in sight, although I had originally planned to make a liver pate (but the liver went into the chilli instead). Plus, I wanted to dispel the notion that I only eat steak – that’s just in my dreams!

First, if you haven’t tried making this microwaved Paleo bread, then you should do it now! It takes around 5 minutes to mix all the ingredients together, and then 90 seconds in the microwave on high. It’s a touch dry, but hey for all of 6.5 minutes of work, it’s not bad (especially if you spread some Paleo jam or a bit of honey on it). It also works well toasted a little (because it’s a bit dry to begin with). The recipe for it is here. 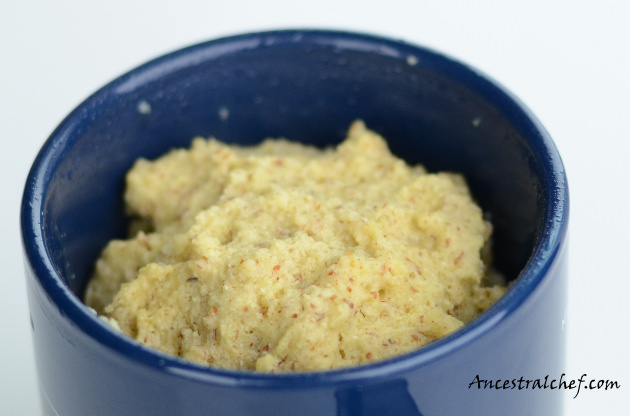 Next, I sauteed some thin slices of zucchini (the zucchini I used is known as the “grey zucchini” in case you’re wondering why it looks rather faded in color!). 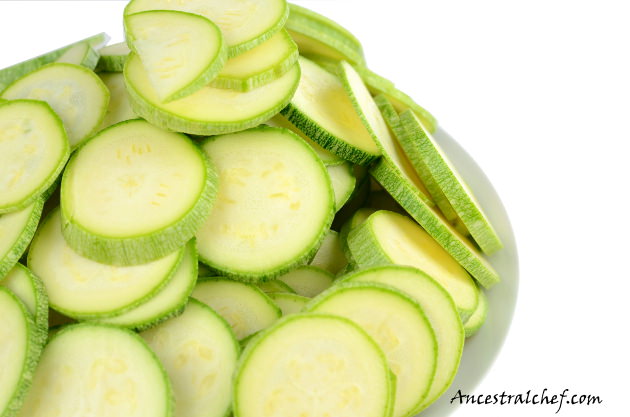 This is great just lightly sauteed in some coconut oil and crushed garlic (I used 1 clove of garlic per zucchini). 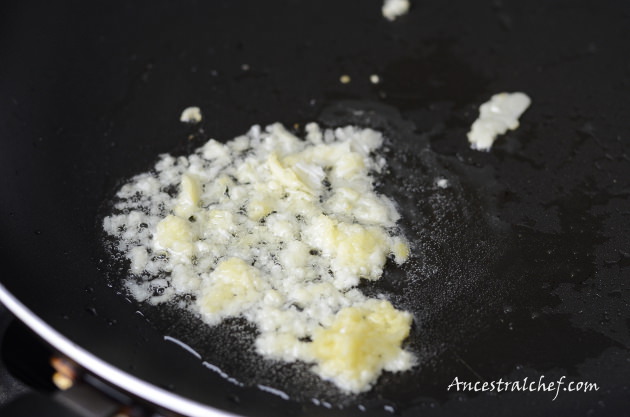 Last I made a simple chicory salad with a light and citrusy dressing. I really love chicory because it’s not flavorless like some salad leaves (lettuce is super bland for me), but yet it’s not too strong flavored (like arugula). 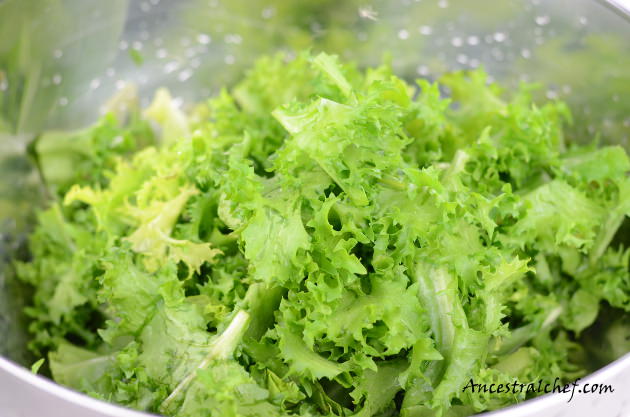 And even though it’s not summer anymore, I wanted a nice simple dressing to complement it. Dressing recipe is here. 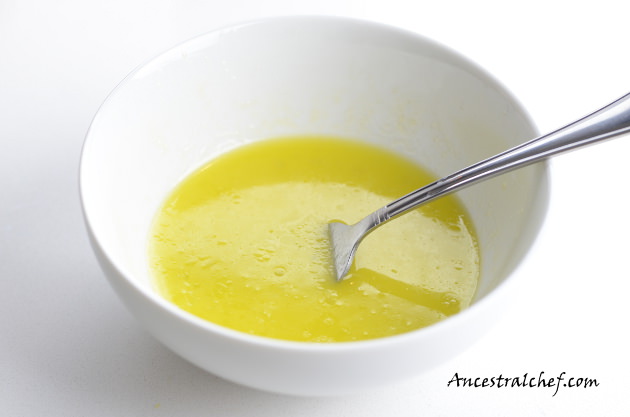 All in all, it was a nice refreshing snack that wasn’t steak. 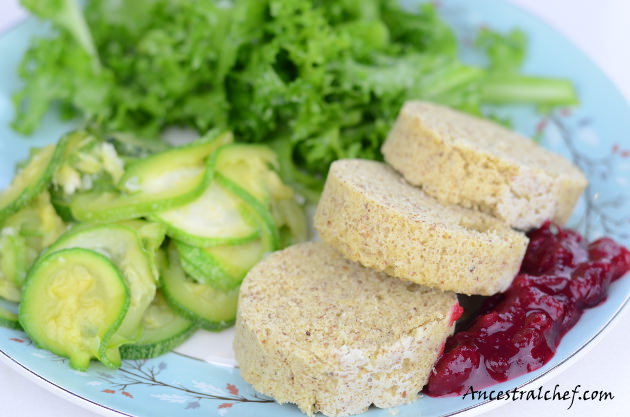 I’m sure you’re not worried about me going vegetarian, but just in case, this is the meat platter with a bit of raw aged blue cheese that I’ve been enjoying when I get home late from work these days. Great for chomping on in from of the TV!