Paleo vs Primal: Which is Best and How You Should Choose 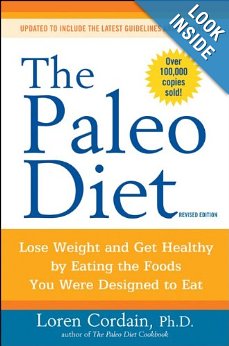 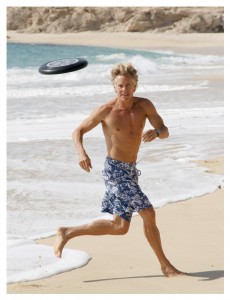 I hate focusing on unimportant questions and/or tasks.

Just because I hate it, though, doesn’t mean that I don’t do it. For instance, I own a couple businesses, and there are often days when I look back at night and realize that I got 10 unimportant things done rather than a single important task.

I think this is the case for everyone, but what can really set you apart is the ability to gradually and consistently get better at doing the important things more often.

When it comes to diet, nutrition, and lifestyle, it’s incredibly easy to get distracted by unimportant ideas.

For instance, you may not believe that there are magic pills that will make you thin or cure every disease. However, you might still get excited when you hear about a superfood or a supplement that will definitely make you a little bit healthier or leaner.

It’s almost impossible not to sometimes fall for those types of things. Louise and I recently bought some MCT oil because we had convinced ourselves that we really needed to get more medium chain triglycerides, and that it would really benefit our guts and our bodies in a lot of ways.

That’s a distraction. I don’t care if you think MCT oil is the best thing ever (it’s pretty healthy) – the point is that it really doesn’t matter in the bigger picture.

Maybe if you’re doing everything right, then MCT could make a very small difference. Otherwise, not something most of us need to be concerned with.

That’s just one example that leads me to this…

There are Zero Meaningful Differences Between Paleo and Primal 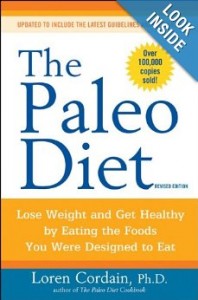 I’ll address a couple specific and commonly-held beliefs about Paleo and Primal, both of which aren’t really true (and haven’t been for a long time). In the end, there are just no differences, and there shouldn’t be.

Here’s a quick video about why Paleo = Primal and why you should be following Paleo/Primal.

Because both Primal and Paleo lifestyles and diets are based on the same principles. Starting from an ancestral perspective and using modern science to figure out how to maximize nutrients and minimize toxins in our bodies.

Here are 2 differences that are commonly referenced (but that aren’t true):

This is false on both accounts.

Primal does not permit all dairy, and Paleo does not prohibit all dairy. Mark Sisson (the obvious leader/founder of Primal) thinks dairy is perfectly legitimate as a food, but pretty much only to the degree that it’s not pasteurized and homogenized. In other words, if dairy is raw and/or fermented, then it’s OK on a Primal diet.

Likewise, this is the position of every Paleo author/blogger, including Robb Wolf (and myself). Even Loren Cordain, who wrote the first popular book on Paleo (The Paleo Diet) believes the same, although he didn’t always.

In other words, no matter if you’re Paleo or Primal, raw and fermented dairy are completely legitimate and, in fact, pretty darn nutritious. Like any other food group, you’ve got to make sure that you don’t have specific sensitivities to it, but it’s otherwise good.

If you think this is true, then you must have read The Paleo Diet in the early 2000s and never read anything else. Loren Cordain, who wrote that book, changed his tune several years after publishing that book (and published a revised edition in 2010). 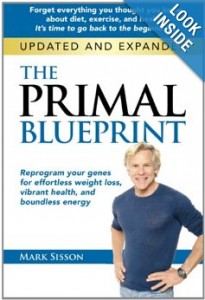 He changed because he’s an awesome scientist, and once he figured out that there was some good evidence that challenged his prior assumptions, he looked at the evidence, decided that he was initially off-base on saturated fats, and then changed his position. This was actually several years before The Primal Blueprint was published, so it’s odd that this has stuck as a difference between Paleo and Primal.

Long story short, both Paleo and Primal believe fully in the power and nutritiousness of saturated fat.

Choose What You Love

I’ve read about many other differences between Paleo and Primal (one is a diet and the other is a lifestyle, for instance, although I’m not even sure which way that would go, since both are pretty clearly lifestyles).

I’ve read probably 50 articles and blog posts in the past 2 days about potential differences, and I can confidently say that I haven’t found a single one that made any sense.

But I decided to write this article for a reason other than to prove to a few people that they’re wrong about Paleo or Primal. Here’s the point of this article:

Trying to Find Differences is Unimportant

It doesn’t matter if you choose Paleo, Primal, GAPs, SCD, Weston A Price, or any other reasonably nutritious way of eating. I personally think that Paleo is the best and easiest way to think about your diet and lifestyle. So it isn’t that I think there are no differences.

But trying to find and pinpoint those differences is not going to get you any healthier or leaner. It’s usually just about making yourself feel better about the diet you’ve chosen (and probably aren’t fully following).

Sorry to be harsh, but if you’re looking for differences between diets, you’ve got too much time and too few priorities.

We now know 99% of what works. The differences only matter in specific cases. In other words, if you choose Paleo or Primal, and even if you get a few things wrong, you’re going to be dramatically better off than you were before you went Paleo or Primal.

And that’s awesome, because most of the world is headed in the wrong direction. And that’s something we need to change. But the way to change that isn’t by arguing about differences, but rather, by using these awesome lifestyles to achieve amazing results.

Are there important differences that I missed? Do you think we should try to define the differences? Let me know in the comments below!

Great article & read I have been eating paleo & primal for over a month now have dropped body fat feel better feel good have been incorporating intermittent fasting along with ketosis I always listen to my body I learned that sometimes less is more in training I do crossfit style workouts I love to walk on the beach barefoot and lift heavy logs and objects on the beach go for sprints I have so much more energy now I always take note what foods have an effect on me & digestion though at first when I started this lifestyle change was not an easy task feeling weak stomach pains diarrhea upon waking up low carb flu ridding my body of all toxins from processed junk foods grains gluten fast food and everything I used to love I was craving sweets but I stuck it through and would have fresh organic berries that satisfied my sweet tooth but then bam after the first month all those cravings went bye bye now I crave animal fat prorein veggies berries and some nuts and fruit to feel satisfied and I give a lot of credit to bloggers and mark sission robb wolf sebastian noel at paleodietlifestyle.com nelly quinn chris kesseler and lots more for making people aware and spreading knowledge obese is at an all time high and I was heading there bit now since I made this lifestyle change I think saved my life

Most people on the paleo side of the spectrum I have ever communicated with are saying it’s as much of a lifestyle I of itself, too. Not sure how it’s exactly a diet specifically…

I have to say thanks for this article! I am just getting started and thought I was crazy trying to figure out the differences! My main goal right now is simply getting processed food and sugar out of our diet! I’ll worry about the other details later!

The reason I searched the difference is that I purchased Paleo Magazine “Readers’ Favorite” Cookbook and some recipes are listed as Paleo and some as Primal. What is the difference between the recipes?

Hi Debbie – that’s not one of our cookbooks. Our cookbook, The Essential Paleo Coobook (https://paleoflourish.com/cookbook) is 100% Paleo – there are not Paleo recipes in there.

For most people, the difference between Paleo and Primal recipes is that primal recipes include dairy and paleo recipes don’t. Hope that helps!