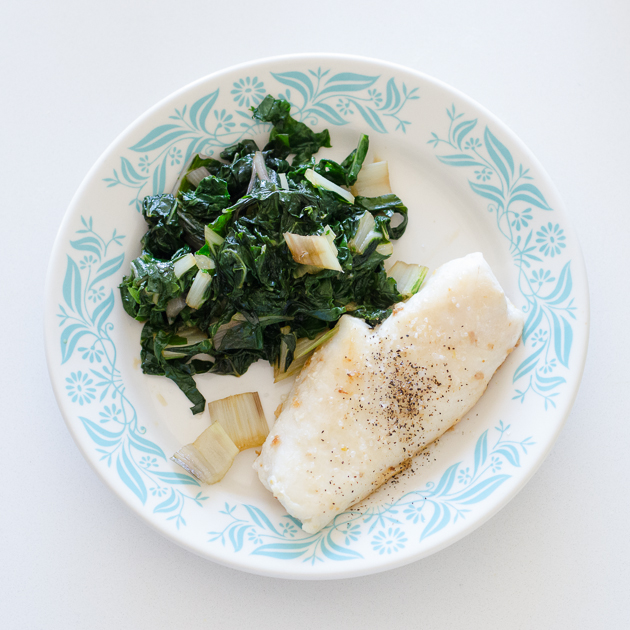 Fish is probably one of the easiest things to cook. It takes just a few minutes to fry up a nice fillet with some seasoning.

So that’s what I decided to do when J’s grandmother was here since she loves fish.

I didn’t have any time to marinate the fish or do anything fancy, so I just grated some fresh ginger and minced some garlic into a skillet with coconut oil and started pan frying the fish. The white fish I used was a hake fillet (which is a type of fish similar to cod or haddock). 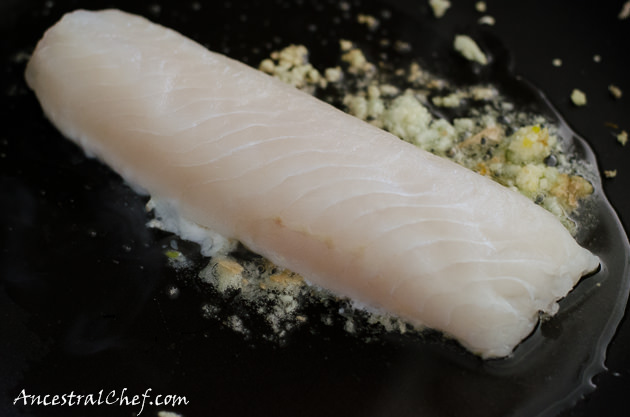 For the side dish, I just chopped up some swiss chard and stir-fried it in coconut oil with a dash of soy sauce or coconut aminos. 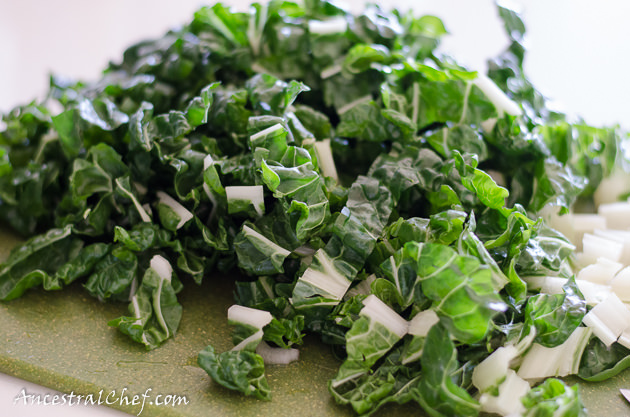 Finally, I just seasoned the hake fillet with a bit of sea salt and black pepper.

I was thrilled to find your simple “Hake” fish recipe [pan fry] responsive to my search for “Hake pan fry fish recipes,” on my first click.

It took me, 1/2 hour of responses which – upon clicking – 1st brought up full pages of a litany of other/all varieties of fish options before bringing me to just “a Hake pan fry RECIPE” which is all I was looking for – not all the other fish recipes.