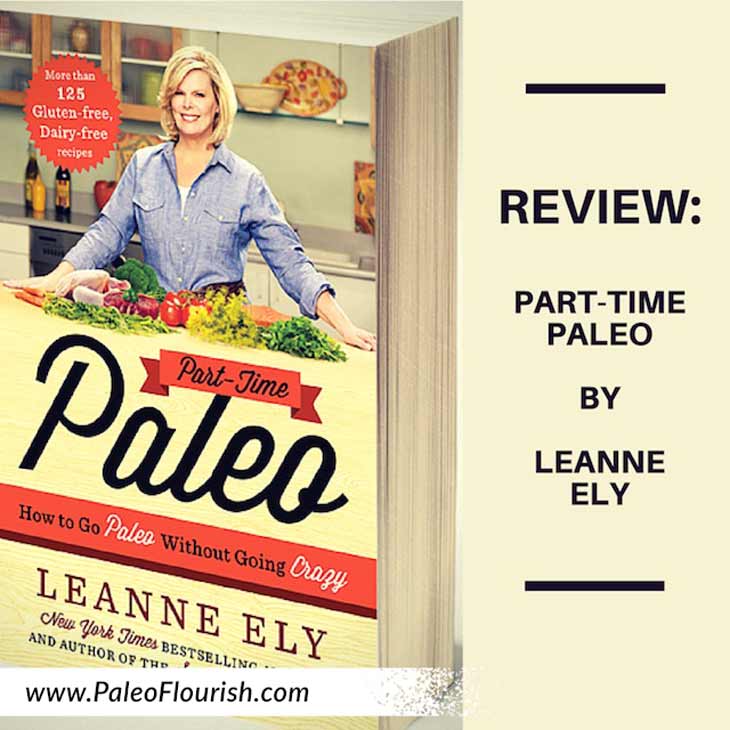 If there’s one thing that Louise and I love to focus on, it’s simplicity and practicality.

To be fair, I go far beyond simplicity and practicality in many areas of my life. At various times, I’ve been obsessed with music, dance, academics, health, and…girls (before I met Louise of course!). I believe it’s healthy and fun to be obsessed with some things in life. And what those things are depends a lot on what you enjoy and want to become great at.

And that’s why Louise and I love focusing on simplicity and practicality. Even if you do want to be great, you need to start somewhere, and overcomplicating matters is a sure path toward discouragement and resistance.

I can’t say I know Leanne very well. We’ve emailed back and forth a few times, and we have a LOT of mutual friends, but I’ve unfortunately never been able to meet her in person or hang out.

However, I did read her book Part Time Paleo, and it’s clear that Leanne also value simplicity and practicality in the same ways that we do. She notes that going Paleo was definitely difficult for her at first, and she’s still not been able to incorporate certain things that some people would consider Paleo. She hates liver, doesn’t CrossFit, and doesn’t wear Vibrams. (My personal note – I’ve been wearing Vibrams for 7 years now, and I ironically can’t wear other shoes any longer…lol).

But her point is that she’s gotten amazing benefits without needing to force herself to do things that she would otherwise hate. She still eats delicious foods, doesn’t get stressed about not being 100% Paleo, and feels better than ever.

And really, isn’t that mostly what we’re all looking for? As with all book reviews, I don’t think any book is made for everybody. So here’s what I liked about the book, and you can decide if you think it’s something that would interest you:

1. Practical, but with a strong focus on micronutrients and nutrition. Too many books these days focus just on what to remove from your diet. While it’s true that removing processed foods is a huge boon, Part Time Paleo also emphasizes the importance of replacing those foods with whole foods that are very high in vitamins and minerals. And to take it a step further, most of the recipes in the book (of which there are quite a few) include very nutrient-dense ingredients.

2. Easy to follow rules. In the very first chapter, Leanne outlines 5 simple rules that she believes will get 99% of the results for most people. I’m a little hardcore and probably would have thrown in another 3-4 rules, but the beauty lies in the simplicity. These are easy-to-follow rules, and you don’t need to kill yourself to comply.

3. Fermented Foods. Although it gets talked about on occasion, most folks still don’t eat enough fermented foods. Leanne, however, has placed a big emphasis on fermented foods, both in her discussions on nutrition and gut health, as well as in the recipes that she includes in Part Time Paleo, such as various fermented salsas and Spiced Maple Baby Carrots.

4. Slow Cooker and Blender Emphasis, as well as juicing and smoothies. I stayed away from smoothies for quite a while, reasoning that I just be able to eat all of my foods in their “natural, whole form.” In the end, though, I found I just wasn’t eating enough of certain foods like green, leafy veggies, so I went back to making really healthy smoothies. So I love the emphasis that Leanne places on using a blender and a slow cooker, which are my 2 favorite appliances.

Over the years, Louise and I have moved from trying to convince everyone we know to be perfect with their foods toward just trying to help a few folks make the first couple moves. Leanne’s book is fantastic because it really focuses on how to help someone make those first few moves in the easiest way possible.

Check out her book on Amazon here.