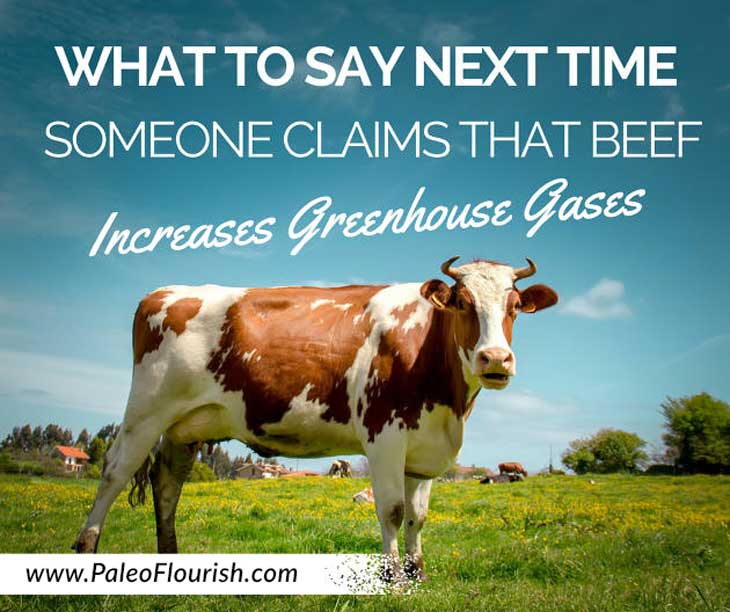 For the past few years, it’s really perturbed me every time I hear someone say or see someone write that beef cattle are contributing to global warming.

The argument I hear is that beef cattle release a lot of methane (a greenhouse gas) and thereby contribute to global warming.

The problem is that this argument is ridiculous, and it has been for a very long time. Fortunately, I’m at least seeing a couple articles starting to refute it, such as this one:

Actually, Raising Beef Is Good for the Planet

The central argument in this article is the one that I’ve been making for a couple years – looking only at the amount of methane emitted by cattle completely ignores everything else about the cow.

First of all, we need to differentiate between feedlot cattle, which are kept in confined spaces and fed lots of grains that are shipped into the feedlot. That’s the majority of cattle of US but the minority in the rest of the world.

On the other hand, grass-fed cattle live most of their lives on a grassland, where they eat predominately grass. Grass-fed cattle are the majority of cattle outside of the US.

Even apart from any nutritional differences between these 2 types of cattle, there is a huge difference in their effect on the environment. Grass-fed cattle play an extremely important role in maintaining grasslands. By stimulating the growth of grass (by eating part of it), recycling nutrients (by pooping them out, often at a higher elevation), and walking around (thereby fostering seed germination), grass-fed cows are critical for maintenance of many grasslands.

Without this type of ruminant animal, the grasslands will often give way to forests.

You might be wondering why that’s a bad thing and what it has to do with greenhouse gases and global warming? The connection is that these grasslands (and the grass on them) are actually the mechanism by which carbon is captured from the atmosphere and trapped in the earth.

And when that happens, it’s a simple math equation. If you measure the amount of carbon trapped in the earth by grasslands on an ongoing basis, versus the methane that gets emitted from the cattle grazing on those grasslands, it turns out that cows are actually carbon-negative.