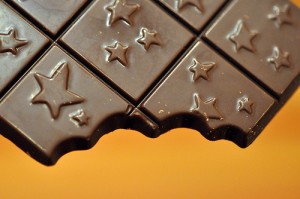 This question – or the same question with a different food or ingredient inserted – is probably the most popular question asked in all of Paleo-land.

Lately, several bloggers have argued that we shouldn’t ask if a food is Paleo. They say we should just ask if it’s healthy.

Just asking if a food is healthy hasn’t really worked. Paleo works partially because it offers a simple explanation and framework for how to eat and live better.

And yet, asking if Soy Lecithin is Paleo is a DUMB question. (Sorry kids, despite what you were told in school, there are both dumb questions and dumb answers.)

I’m going to explain why it’s a dumb question (probably not what you think), but first…

What is Soy Lecithin?

In the simplest terms, soy lecithin a byproduct of soybean oil production.

It’s extracted either mechanically or using a chemical called hexane. It contains pretty much none of the soy proteins that we try to avoid, although it does contain many of the phyto-estrogens inherent to soy.

It’s used in a very wide variety of foods, including confectionery, doughs, and cooking sprays, and candy bars.

The main benefit of soy lecithin is that it acts as an emulsifier, which means that it stabilized foods like candy bars and makes them stick together instead of breaking apart.

There are many websites out there that will give you a lot more detail about what soy lecithin is (for example, see this article or this article).

This brings me to Dumb Question #1 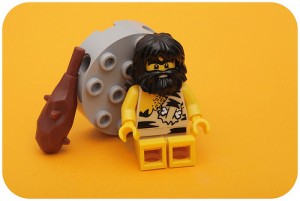 Of all the foods that Paleo people ask about, Soy Lecithin is one of the most popular.

Do you know why?

You would expect people to ask about foods that have been eaten for a very long time (like potatoes or dairy). And to be sure, those are also popular foods to ask about.

People ask about soy lecithin, because they see it listed as an ingredient in their chocolate bars.

Most chocolate contains soy lecithin. It’s what holds the chocolate together (an oversimplification).

This is a dumb question for 2 reasons:

If you Google it and read 3 sentences about what it is, then it’s obvious that it didn’t exist a thousand years ago, much less a million.

And when you ask if something is Paleo, that’s pretty much the only standard you can use for an answer – did it exist a very long time ago?

Rule: If you have to ask if a food is Paleo, it’s not. And if you don’t want to feel guilty, don’t ask. – Click to Tweet

But there’s a second reason why this is a dumb question, and that’s because it’s not an honest question. It’s masking another question: 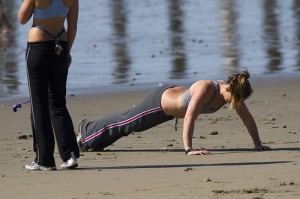 What people really want to know when they ask if Soy Lecithin is Paleo is whether it’s healthy.

But like the first question, this question is dumb for the same 2 reasons:

First, the answer is pretty obvious: Of Course Not.

If you search enough, you’ll find articles about Soy Lecithin contains Choline, which is good for you. (Big deal). Just because it contains one vitamin or mineral does not make it healthy.

Soy Lecithin is not healthy, and most people know this pretty intuitively. I mean when was the last time you told yourself “I really need to get some more soy lecithin in my diet”?

Again, though, asking if Soy Lecithin is healthy is really just a sneaky way of asking the 3rd dumb question:

Can I Eat My Dark Chocolate Anyway? 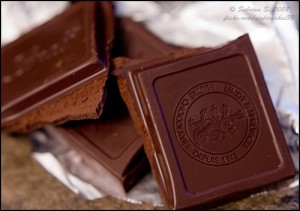 This is the dumbest question of all.

So here’s my dumb answer: You can eat whatever you want.

And here’s my slightly less dumb answer: Chocolate (even dark) isn’t good for you, and it’s not Paleo.

You heard me: Dark Chocolate is Not Paleo or Healthy.

Cacao beans might have existed forever, but it wasn’t even until a couple thousand years ago that people learned to grind and mix the beans.

Sure, there are certain positive health aspects of dark chocolate, but even 85% dark chocolate is still 15% sugar. I don’t think all sugar is evil, but let’s not kid ourselves into thinking that it’s a healthy or nutritious food.

And as for the soy lecithin, how much difference is that going to make anyway? It’s always less than 1% of dark chocolate, and really, unless you’re eating many chocolate bars per day, the soy lecithin is going to have far less of an impact on your health than the sugar is (unless, of course, you’re allergic to soy).

But don’t deceive yourself about it somehow being Paleo or being healthy. It’s not as bad as pizza, donuts, or Mountain Dew, but still…

So This Was a Bit of A Rant…

Most people who ask these questions are looking for ways to deceive themselves. And that’s not productive or healthy.

I’ve asked questions like these many times in my life, and I now realize (most of the time) that I’m not being very honest with myself when I ask these questions.

And when you look for that kind of information, that’s what you’re going to find, regardless of whether it’s healthy or not.

Being healthy or successful is not about what you know, it’s about asking honest questions and seeking honest answers.

What do you think?

I think that was well said. Enough so that I clipped the last part to remind myself of, later. Most of us NEED to be more honest with ourselves, first, so that we can be honest with others. It is so easy to want to think something that isn’t true.

Thanks Nancy! We all need a constant reminder to be more honest with ourselves. I personally think that it starts partially with learning how to be more self-compassionate. If we can forgive ourselves for our short-comings or slip-ups, then it’s much easier to acknowledge that they actually happen rather than justifying them.

Excellent insight. Awareness…..not only of the world around us but of what our own psychology is doing with and to us.

Thanks so much for the comment. What our minds do to us is the most interesting part for me.

I like the information in this post, but I don’t really like the attitude in it and I just want to point that out because this kind of demeanor is not really popular or a good way of gaining an audience. It just turns people off and I didn’t want to continue reading after the first paragraph, but hoped the rest of the article would be okay since you were the first link in the search results. There are ways of ranting that can be done more playfully that still get the point across. Just some food for thought. I agree with your thought that people shouldn’t try to deceive themselves just because something is compatible with how things were done in the Paleolithic era. They also killed and processed their own food, but you don’t see that recommended very often on the basis of it being Paleo.

I found this post because I Google’d “soy lecithin paleo” (which is my quick search method for your despised “Is soy lecithin Paleo?” question). Are my feelings just hurt because I asked the question and you blatantly called it stupid? No, that really didn’t bother me. I just think it’s too narrow minded to believe that the only reason someone would ask that question is in order to deceive themselves into thinking something is healthy.

I asked the question because I saw it was in so many foods that I wanted to know the official Paleo stance on it. I wanted to know the science behind it and I read the Wikipedia article on it first hoping it would explain it well enough. Yes, I knew that it was not Paleo — but that doesn’t mean it’s incredibly unhealthy. Maybe, just maybe, it was on the “okay” list and I needn’t continue worrying about how unhealthy my otherwise-Paleo food item was. Because yeah, they put it in things like dairy-alternative coconut milk ice cream bars, and I believe I’ve seen it in a 100% cocoa chocolate bar before. It’s in some 85% dark chocolate bars, but not all. There are some things that are not Paleo but that much of the Paleo-sphere says you don’t have to avoid like the plague. But if this was to be avoided, then it just means I would know to limit eating foods that contain it and find or make alternatives in the future.

My point is that my question was not dumb nor dishonest. I wasn’t trying to fool myself. I was trying to find out how unhealthy it was and if I should avoid it at greater effort than I already have been.

Thanks so much for the comment. I love comments like that this that – while critical – are constructive and civil.

I think any fault lies mostly with my writing ability, honestly. I intended the article to be slightly more tongue-in-cheek. Although many people ask questions like this partially because they want to eat dark chocolate, you’re right that it’s definitely not everyone.

I don’t actually think it’s a dumb question – just the wrong one in many cases. When it comes to dark chocolate, I think we can all agree that it’s not really “healthy” – just an OK occasional indulgence. Nothing wrong with that.

Soy lecithin really isn’t that bad when it comes down to it. It’s not healthy in any way, but not nearly as toxic as wheat, vegetable oils, excess sugar, or other soy products like tofu.