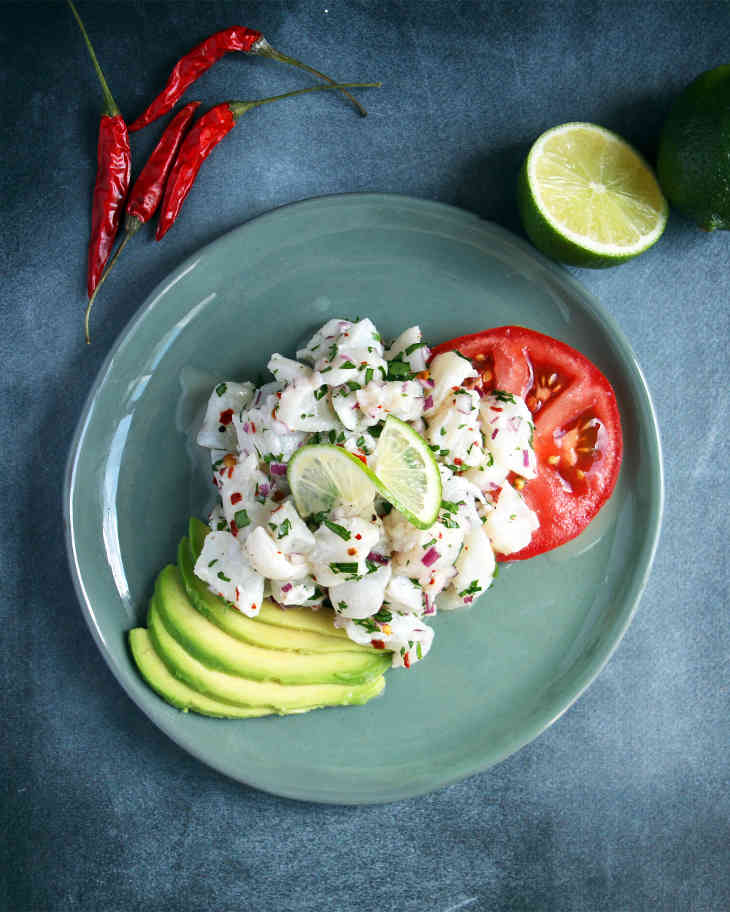 This dish offers light and fresh fish — with a kick. Make this spicy Paleo ceviche recipe for an exciting twist on lunch.

Ceviche is made of cubed raw fish that has been marinated in citrus juices. The fish cures and becomes firm and opaque through a process called denaturing.

The fish is typically decorated with something spicy and onion, salt, and cilantro.

Ceviche is a staple south of the border. You’ll find variations of ceviche in Mexico, Ecuador, Colombia, Peru, Chile, El Salvador, and more.

It’s particularly lauded in Peru, where it holds the honor of being the national dish. Authentic Peruvian ceviche contains sea bass or shark, lime juice, and aji chili peppers, which are abundant in Peru.

Raw Fish…Is That Safe to Eat?

That’s a great question. Because it isn’t cooked in the traditional sense, there is a greater food safety risk, but there are some precautions you can take.

Ceviche must be made with fresh (but not freshwater) fish. Selecting a fresh catch from the sea minimizes your chances of getting food poisoning.

Go to a trusted source, and sniff around. Fresh fish smells like the ocean, not “fishy” or gross. It should be stored in ice or in a cold case on top of ice.

The best specimens will be just a bit translucent and firm to the touch. Its eyes should be clear and bright.

If you tell your fishmonger you’re making ceviche, he or she should be able to point you to the best options. Buy your fish the same day you make this recipe.

It’s also important to follow the recipe closely. While I’m normally all for creativity and putting your own spin on things, it is important to marinade the fish for this dish.

Don’t skip that step in the interest of time, or because you don’t like limes! You only need to let it sit for half an hour.

The Best Fish for Ceviche

It’s imperative that your fish comes from the sea. Raw freshwater fish is more likely to have parasites that really need heat to be killed.

You also want to stay away from oily fish like tuna and salmon. While safe, they just don’t taste so hot in ceviche.

Instead, you want to use white-fleshed fish. There are a lot of varieties that work, including bass, tilapia, mahi-mahi, halibut, and flounder.

If you’re adventurous, ceviche has also been made using squid or octopus!

Fish is a great, nutritious option for your Paleo diet. If you like it, there are plenty of options to try beyond this fresh spicy Paleo ceviche recipe.

Check out these 75 nutrient-dense Paleo fish recipes. Many of them involve cooking if you aren’t comfortable eating raw fish. 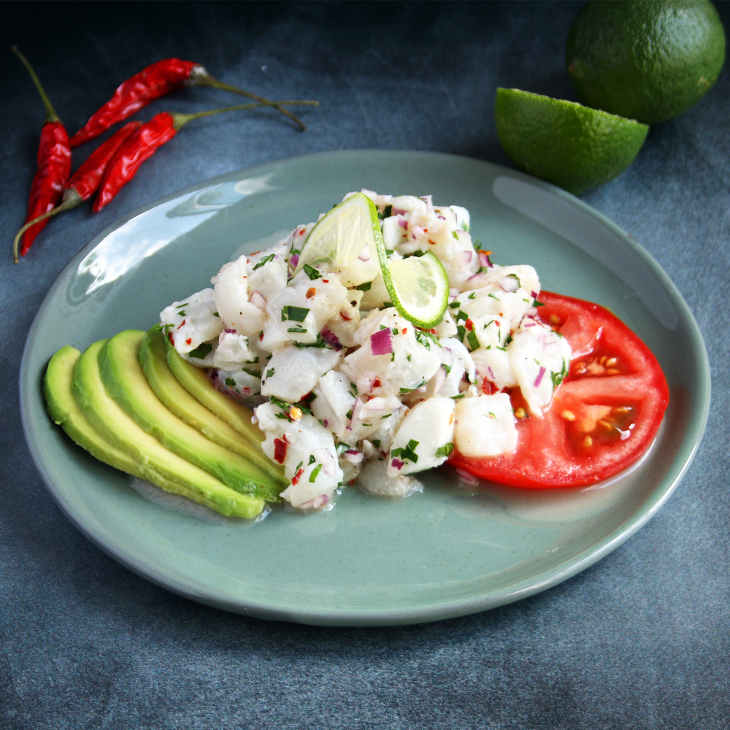 This ceviche is a refreshing meal with a kick.