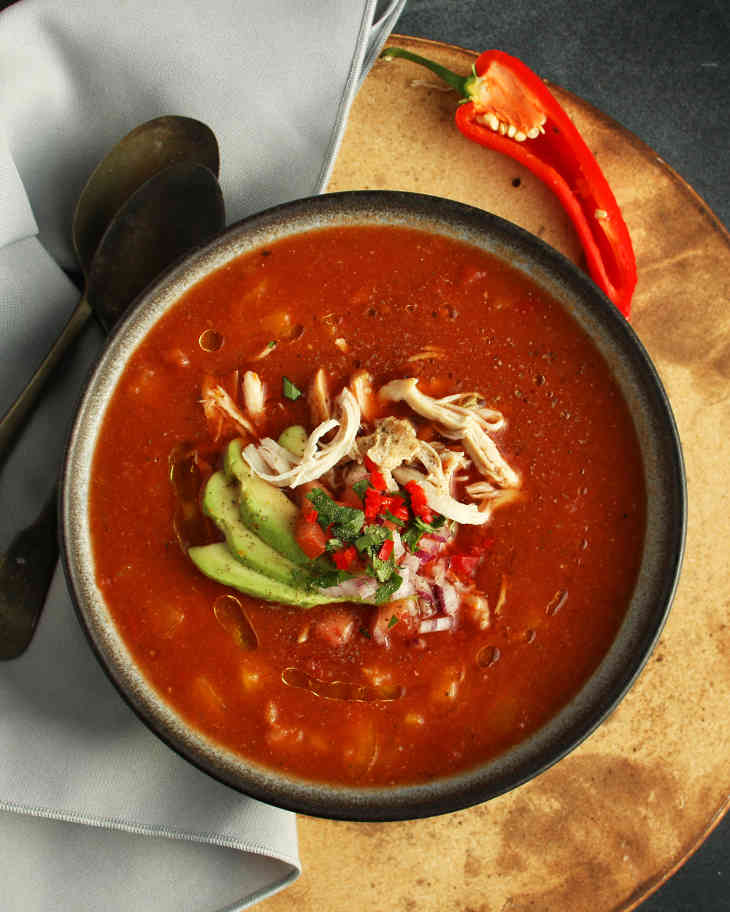 Chicken enchiladas are one of my go-to Mexican recipes. I thought it would be fun to recreate this dish as a soup.

Enchiladas are made by stuffing corn tortillas with a filling, typically meat and cheese, and drowning it in sauce. The word enchilada can be translated to mean “dipped in chili.”

Beans, potatoes, and various kinds of meat can be found in enchiladas. They are thought to have originated in Mexico, where the Mayan people are credited with rolling corn tortillas around fish.

Enchiladas have remained popular through the years, appearing in an 1831 cookbook of Mexican origin and continuing to be a restaurant staple today.

The Many Forms of Enchiladas

Today there are many varieties of enchiladas, ranging from the street food version of just corn tortillas and chili sauce for dipping, to stacked enchiladas with layers of enchilada sauce, onions, and cheese and topped with lettuce, sliced olives, and sometimes a fried egg.

In some recipes, spicy enchilada sauce is swapped with milder tomato sauce or mole.

In this paleo chicken enchilada soup, the enchilada is deconstructed to eliminate some less-than-ideal options for your health. The good news is the spices and ingredients in this recipe closely mimic the real thing, giving you the greatness of enchiladas in a satisfying soup. 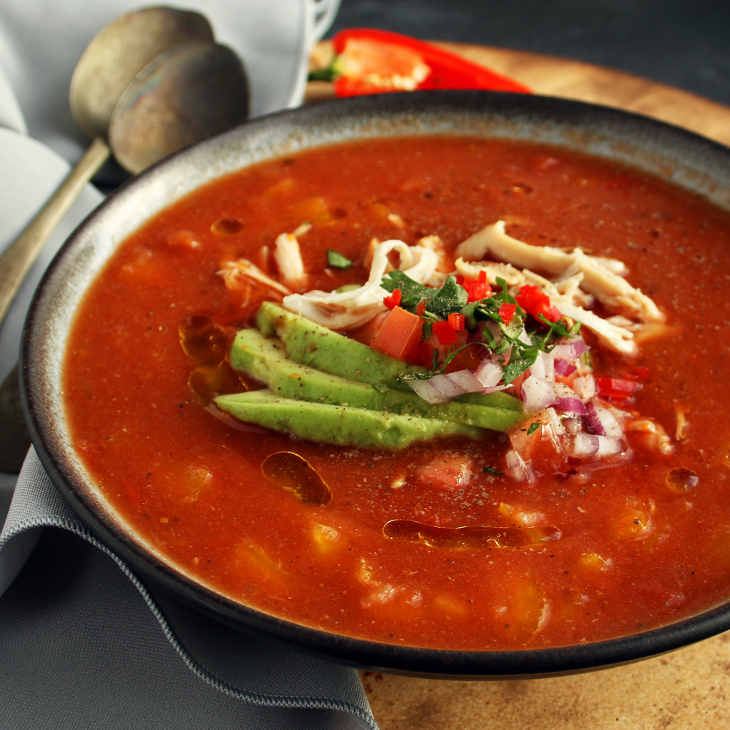