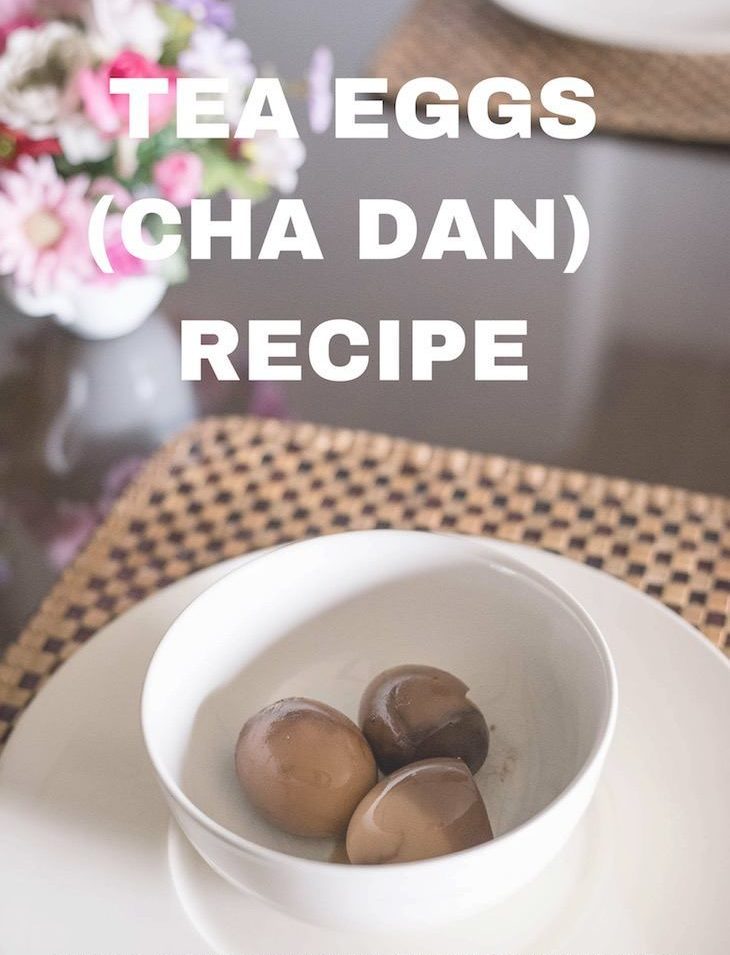 And this was the conversation in my living room last night:
ME: So, it’s Election Day on Wednesday, right. Isn’t that…
J: No, it’s on Tuesday.
ME: Are you sure? I read it on…
J: There are some things you have to trust an American on.

So, it’s Tuesday today….Happy Election Day to all those in the US! Now, let’s move on to breakfast involving some other nationalities!

This is simply the yummiest and simplest way of eating eggs for breakfast! Cha Dan (literally translated as “Tea Egg”) is a traditional Chinese recipe involving soy sauce and spices and eggs, but to decrease the amount of soy consumption (coz it’s not too good for you!), here’s a soy-free Cha Dan Recipe. You can of course add coconut aminos or tamari sauce instead of soy sauce, but it’ll cost you pretty much a whole bottle for two dozen eggs!

First, get your eggs and hard boil them in water.

Once hard-boiled, cool the eggs, and then crack the shell (so that the shell still stays on, but also so that it’s very cracked). 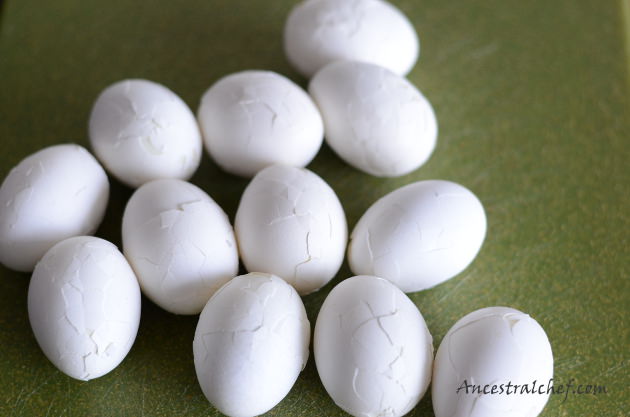 Then, refill the pot (or fill a crockpot) with water and add black tea bags (I’m a BIG FAN of PG Tips, a British brand that you can now buy off Amazon.com), cinnamon, star anise, szechuan peppercorns, salt, and black pepper. The traditional recipe would also include soy sauce. 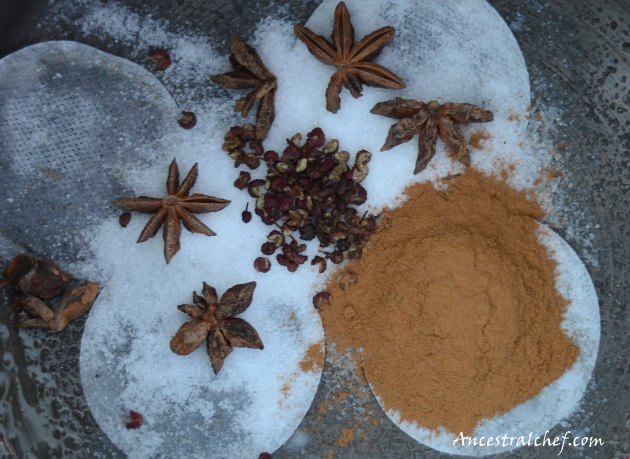 Simmer on a low heat for 4 hours (or for 8 hours in a slow cooker on high) with the lid on.

Take the tea bags out after 30 minutes on the stove, or 2 hours in the slow cooker. This tip applies if you’re using strong British tea bags (I can’t comment on some of the weaker brands, like Lipton, because I don’t drink them). *Yes, I’m a tea snob! The reason for removing the tea bags is because prolonged boiling makes the tea really bitter, and that bitter taste gets transferred to the eggs. Make sure that the pot doesn’t boil dry – there should be enough water covering all the eggs at all times. 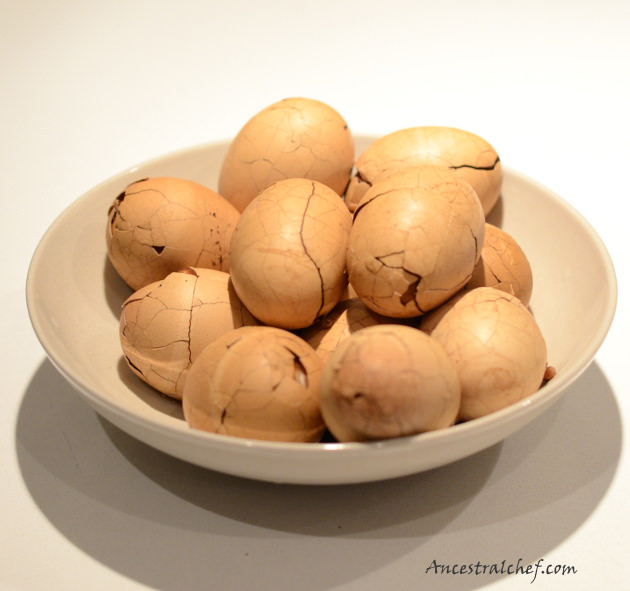 Let it cool and then peel. You’ll end up with this gorgeous marbled effect. The eggs can then be stored in the fridge ready for breakfast! I sometimes take this to the office for breakfast, and it definitely draws a lot of conversation (for its prettiness, although I’m sure if everyone knew just how good they tasted, that would generate quite a bit more talk).

Tea eggs can be commonly found throughout Asia – I found some at the food court of Maya Mall in Chiang Mai, Thailand. 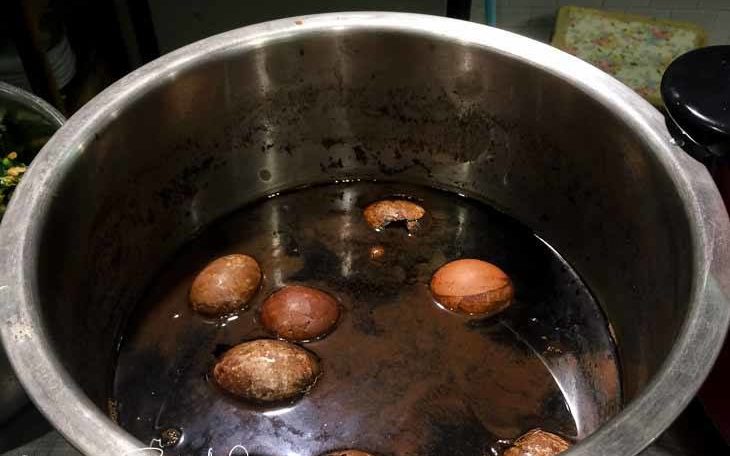 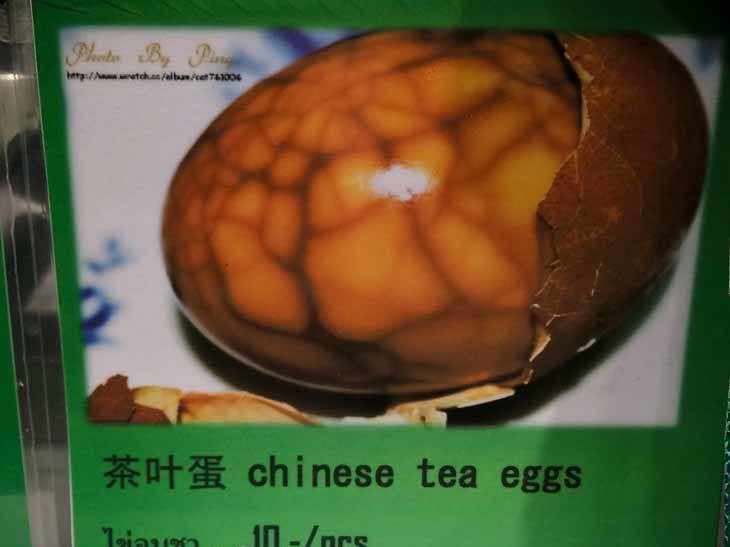 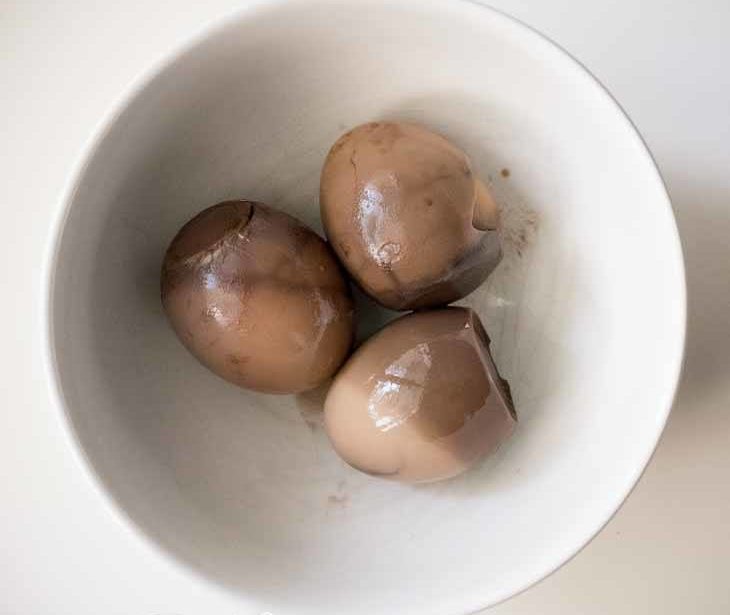 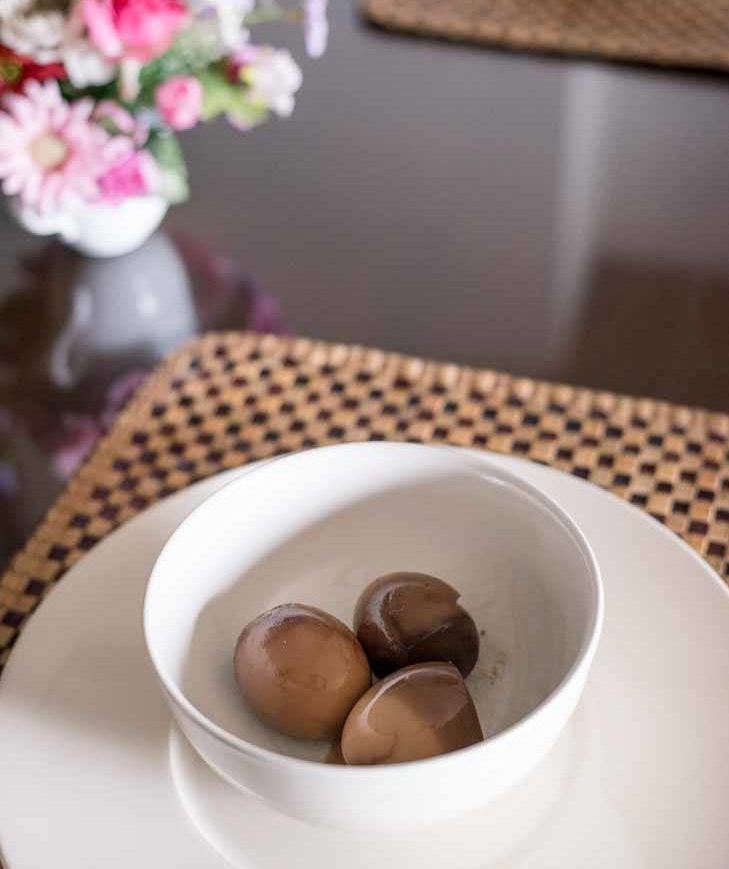 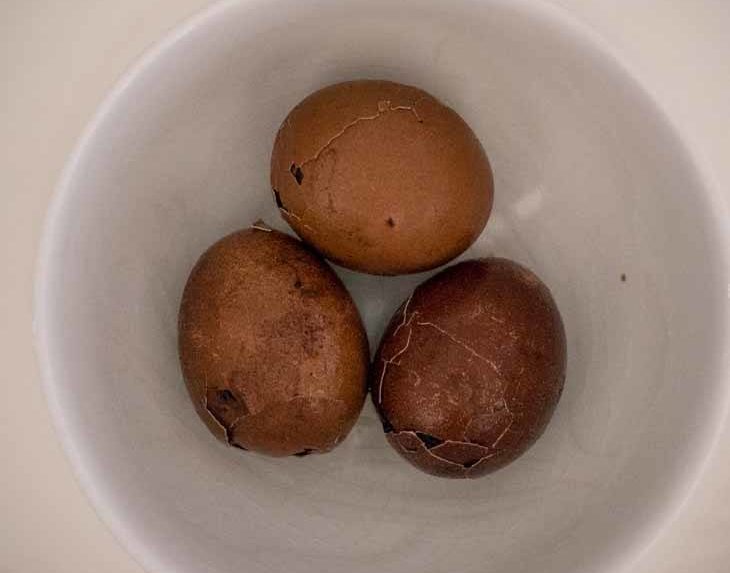 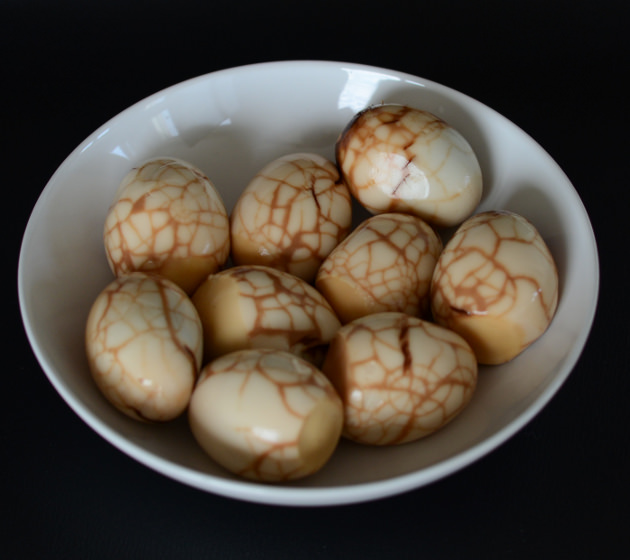 I have to ask. Simmering the eggs for 4 hours? What kind of texture do they have?

It has the same texture as a hard boiled egg. So there’s no runny-ness in the yolk at all, but the egg white is soft and the egg yolk is crumbly.

My husband makes this all the time but he would never put cinnamon inside, he also uses traditional loose leaf tea from China.

These look fantastic! I plan to try these! Thanks!