The Top 5 Misconceptions About Paleo 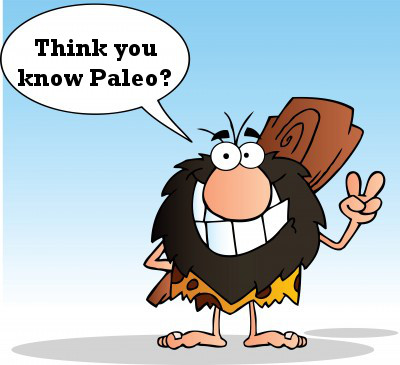 Over the past couple years, the Paleo diet and lifestyle have gained quite a bit of popularity and traction. Popularity comes with a price, however.

Bloggers and mainstream media outlets have begun to come out of the woodwork to talk about the Paleo diet and to try to decide if they love or hate it. As with anything, a few people are simply irrational or mean – these people criticize and hate the Paleo diet for any or no reason.

Lately, however, I’ve read quite a few critiques of the Paleo diet that are well-thought-out, but which rely on information that is either outdated or simply wrong. And they’re not doing this maliciously – this misinformation exists, and unless they spend hours digging around, it’s hard to know what’s correct and what’s not.

Here are the top 4 misconceptions I’ve seen about the Paleo diet:

What common misconceptions do you regularly encounter? I’d love to hear what your colleagues and friends say when you tell them you’ve gone Paleo…

Because the word ‘diet’ is in there and because I’ve lost weight, most people assume I went Paleo for the purpose of losing weight. While that was a pleasant side effect, it wasnt the reason.