The Ultimate Guide to Resistant Starch 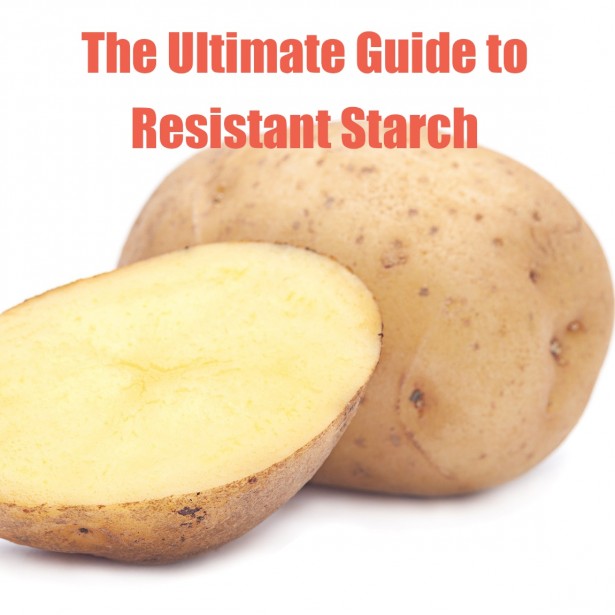 I am a geek for small changes to our diets or lifestyle that might make a big difference.

But I often fight this urge.  I fight it because I know that we’re already aware of the changes that will make the biggest differences, and they aren’t just small tweaks.  We need to eliminate processed junk food, eat more nutrient-dense real food, sleep a little more, stress a little less, and then once all that is done, address any specific issues that you or I may have.  It’s simple but true.

Still, one of the areas of research that has come the furthest in the past 5-10 years is just how important our gut bacteria is to our overall health.

Some rat studies show that if you take the gut bacteria of a skinny rat and surgically implant it into an obese rat, then the obese rat will very quickly get skinny.  That’s just one study and example, but it’s a glimpse into just how important gut bacteria is to our overall health.

Eating low fat was a bad suggestion.  Turns out that lots of people were wrong for a very long time about saturated fat, cholesterol, sodium, and a whole host of other things.

But one thing they might have been right about (for the wrong reasons) is fiber. 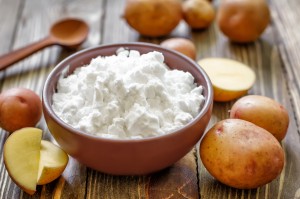 As it turns out, fiber – at least certain kinds – is pretty important for the good bacteria in our guts.  In this article, I’m not going to talk much at all about fiber, but in general fiber is something that isn’t broken down by the acids or biles in our bodies.  Instead, the bacteria in our guts end up feeding on it (at least the fermentable kind).

And in general, that’s a good thing.  If you’re healthy, you want to give the good bacteria in your gut something to feed on.  There are certain instances (like if you have Small Intestinal Bacterial Overgrowth), where you would prefer to starve them for a while, but once everything is normal, feeding the good bacteria in your gut leads to a host of good outcomes that I won’t document here, but which include better immune function, better hormonal response, and less likelihood of obesity.

So in that way, conventional wisdom is largely right about fiber being an important part of our diets.

Fiber is one thing that feeds our gut bacteria, but there’s another: resistant starch.

I want to start by crediting Richard Nikoley, who blogs at freetheanimal.com, and who has been focusing a lot of his writing on resistant starch.  Here is Richard’s primer on resistant starch, which is a very good place to start.  I’m not going to regurgitate everything that Richard has written, so I do encourage you to check out his stuff.

What is Resistant Starch?

Resistant starch is, at its simplest, starch that isn’t digested and absorbed in the small intestines, meaning that it makes it to your large intestines, where bacteria can have a field day.

What is important to know is that resistant starch is digested by the bacteria in your large intestines, and that it’s a strong prebiotic, serving as physical protection for probiotics.  In simple terms, it protects and gives good bacteria something to feed on.

Where Can You Find Resistant Starch?

Resistant starch occurs in a number of natural foods.  This includes a lot of grains, a lot of legumes, many tubers such as potatoes, and many fruits, especially unripe bananas and plantains.

Point is, you could potentially get it a lot of places.  But if you’re like me, you don’t want the toxins that come along with many of those foods – especially the grains.  As a result (and this suggestion also comes from Richard), it appears that one of the best sources (as a supplement) is potato starch.  It’s 70% resistant starch by weight, very cheap, and all-around non-toxic.  It’s pretty tasteless, and you can either add it to dishes or drink it in water.

If you’re not willing to do that, then my best suggestion is some combination of the following: peas, unripe bananas, plantains, or potatoes that have been cooked then refrigerated.

If you want the best list I’ve found of foods with resistant starches, take a look at pages 4-7 of this PDF, but note that 95% of the foods that are listed are generally processed grains or legumes, not recommended for a host of reasons.

How Much Resistant Starch Do You Need?

Let’s start with how much most people are getting…not very much.  According to this study of over 18,000 people, the average American eats 4.9 grams of resistant starch per day.  And if you’re Paleo, it might well be lower on average, since 40% of the resistant starch in the typical American diet comes from bread, cereal, and pasta, according to the same study.

There is no exact answer to how much resistant starch you need, since it surely varies a bit from person to person, but also because it’s impossible to know exactly how much will give you the most benefits.

However, it appears that several studies have found that the average effective dose is around 40 grams per day, with a bare minimum of around 20 grams per day.

What are the Benefits of Resistant Starch?

This is where things get really interesting.  Resistant starch potentially has a very wide range of positive health effects.  Take note – research on resistant starch and its effects has actually been going on for a long time, and it’s pretty widely accepted by researchers that resistant starch is beneficial, but the exact benefits are definitely not yet set in stone.

Once resistant starch makes it to your large intestine, it’s converted (fermented) by bacteria into short-chain fatty acids (“SCFAs”), hydrogen, carbon dioxide, and methane.  It’s the SFCAs that are particularly important.

Many studies, including this overview of the literature, suggest that greater production of SCFAs in the colon can decrease the risk of both colon cancer and cardiovascular disease.  Resistant starch breaks down mostly into Butyrate (a type of SCFA), which is likely to be the most beneficial SCFA.

One study on humans found that meals containing at least 5.4% resistant starch (as a % of carbs) significantly increased the body’s ability to burn fat (23% more, which is a lot).

It seems almost shocking that anything labeled “starch” might actually improve your ability to handle sugars and carbs, but several studies, including this one, have shown just that with respect to resistant starch.  This study was conducted with bread, which I don’t encourage  (and it was a very small study), but still, the group that ate bread with resistant starch experienced significantly lower blood sugar and insulin spikes.

Many minerals, such as magnesium and calcium, are absorbed largely in the large intestines.  Several studies (like this one) have shown that the presence of natural (not synthetic) resistant starch significantly enhances our body’s ability to absorb these minerals.

However, it seems pretty clear that resistant starch helps protect and foster the growth of “good” gut bacteria, which is critical for the proper functioning of your digestion, your immune system, your endocrine system, and a lot more.

This study from the Journal of Applied Microbiology is one of the best ones I’ve found.  In the study (on rats), the amount of bifidobacteria and lactobacilli (both generally “good” gut bacteria) increased between 10 and 100 times in rats that were fed resistant starch.  That’s a LOT.  In addition, certain “bad” or pathological bacteria decreased in those rats.

It’s actually the bacteria in our guts that make a lot of the folate and vitamin K that we absorb and need.  If we don’t eat foods that help these bacteria to survive and thrive, then it stands to reason that they’ll produce – and we’ll absorb – less of these vitamins.

Remember how I mentioned that Richard Nikoley had been writing a lot about this?  Well if you want to see a lot more of the science and research, here is a blog post that he put together that outlines much of the research and papers he found on this issue.  Here is another.

Is Resistant Starch Right for Everybody?

Probably not.  Here’s why…

If you have gut problems, such as IBS, and particularly if you have small intestinal bacterial overgrowth (where you have bacteria in the wrong part of your intestines), then resistant starch might make that worse.

There’s pretty much no research on this, so it’s all speculation, but it’s not hard to imagine that because resistant starch feeds bacteria in your large intestines (the main place they’re supposed to live) that it would do the same for bacteria in your upper small intestines (where they’re generally not supposed to live).  Norm Robillard actually covers this potential problem in a lot more detail here, and he cites several studies that have shown a worsening of IBS symptoms in these types of cases.

Why is All of This So Important?

If the potential benefits don’t convince you that it might be important, then maybe it’s just not important to you.

In my mind, though, the health of our guts and the bacteria inhabiting them is one of the most important overall aspects of our physical health.  The research is still young on this issue, and yet the evidence is piling up that pretty much everything is tied to our gut health.

Over the next month or 2, I’m going to be performing my own experiment in this regard (mostly focused on gut health and partially on resistant starch), so it’s clearly something that I take seriously.  I’ll definitely keep everyone updated on this, both here on the blog and also on the YouTube channel.

Wow – those benefits are great! I mean, who wouldn’t want those benefits. But, if this is a mega dose of carbs…..Guess I don’t get it. Carbs are the enemy – well can’t be completely eliminated but for any diabetic issues – carbs are taboo. Diabetic Living Magazine (Fall 2014) issue is talking up rice as a source of resistant starch – and good for us diabetics. Gee’s – I’m confused.

Whats the latest on resistant starch (potato)…..Its been a couple months that you have been “trying it”……what do you think? I’m thinking that I’d like your feed back first – also, any comment on potato vs. plantain.