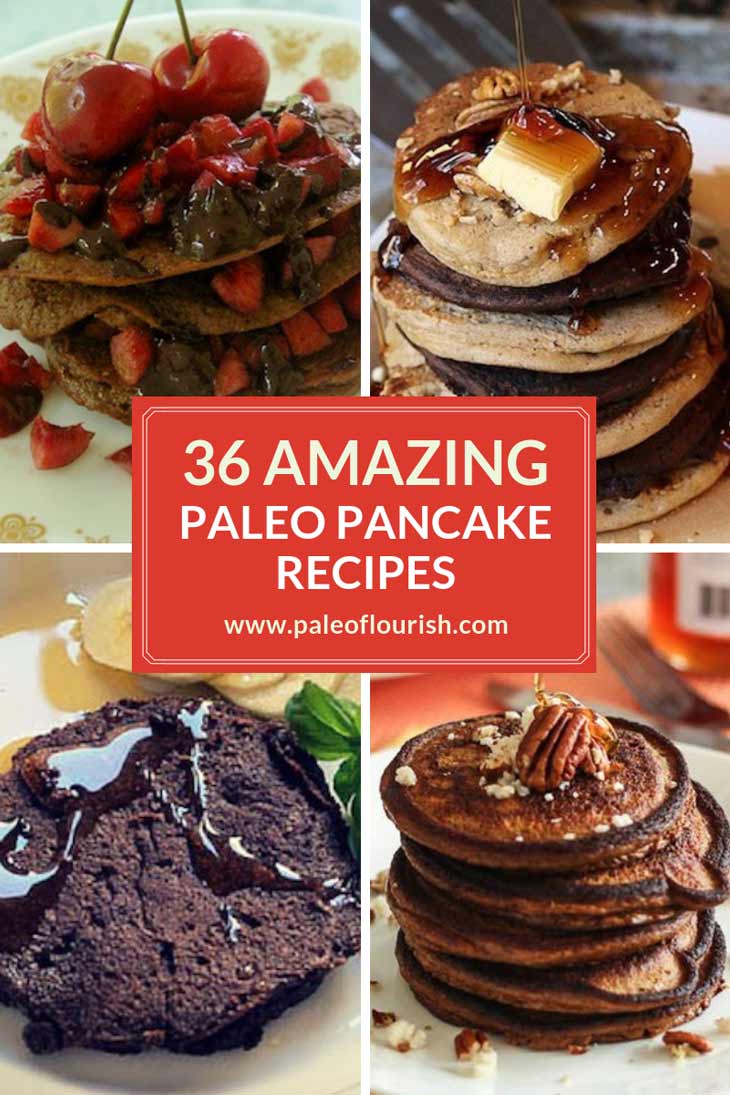 Post by Lucha: World traveler, culinary student and Media Director at Paleo Flourish. Lucha will try most food but prefers Indian, Thai and Mexican food above all else. She is currently either cooking, eating, grocery shopping, or browsing recipes on Pinterest.

Whether you eat pancakes on Shrove Tuesday (aka Pancake Day) like the Brits or you want to partake in your annual Fireman’s Pancake Breakfast while keeping your Paleo diet intact, you will be glad to know that you aren’t out of luck. You can use some of our favorite Paleo-friendly flours such as almond flour, or for those with nut allergies, there are plenty of delicious nut-free options as well. 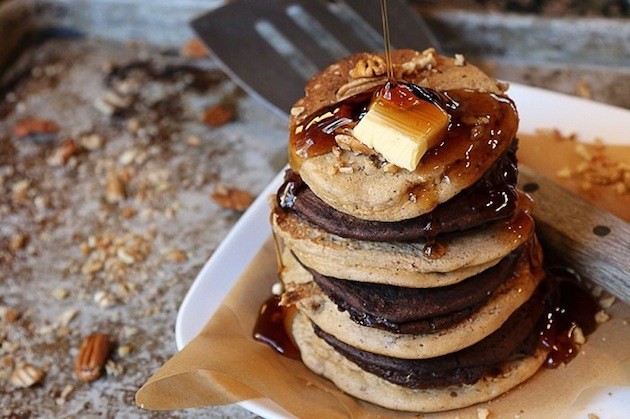 While I recommend saving this recipe for a VERY special occasion, I can’t help wanting to put this elaborate creation way at the top of our top favorite Paleo pancake recipes! This is no simple feat, but whomever you make it for will know that you want them to feel very special. To put it briefly, this is a tower of two alternating pancake flavors (Maple Pecan and Brownie Batter Chocolate Chunk) mixed in with a common base. I would personally add to that a heaping bowl of red berries, because when you’re this far down the rabbit hole of decadence, you should feel free to go all out. (Melissa from I Breathe… I’m Hungry… gave us permission to use the image but we also wanted to mention that the original post is a guest post by Craig from Ruled Me. Thanks to you both!) 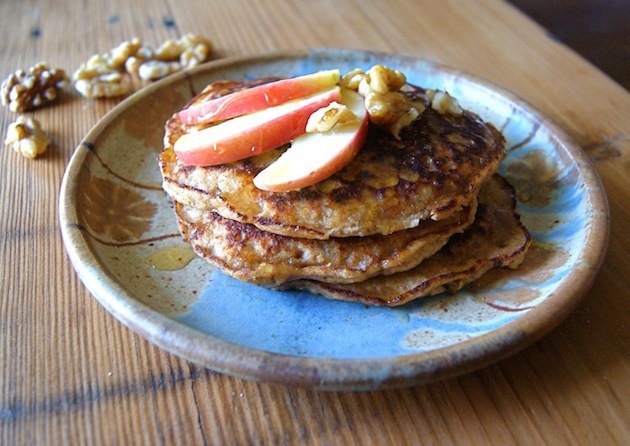 Mmmm! What delicious flavors await you in this apple and walnut pancake recipe! With the perfect blend of protein from the walnuts and healthy sweetness from the apple, you also have the obligatory accompanying cinnamon, and the optional cloves (if you’re into that sort of thing; I know cloves can be an overpowering flavor for some). While it’s not as laborious as the above recipe, this still isn’t one of the fastest ones on this list. Prep time is 10 minutes but the blogger lists cook time as 20 minutes, although I suppose that depends how many you want to make. (Photo courtesy of Angela from her awesome blog, Seasonal and Savory.) 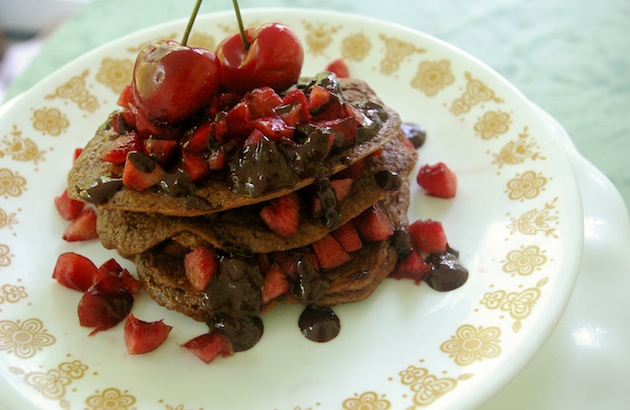 Sticking with the decadence theme, these pancakes include everyone’s favorite guilty pleasures: chocolate, cherries, and more chocolate. Cacao powder is mixed in with the almond flour base for an infused batter, then the stack is topped with cherries and your choice of rich dark chocolate (Brittany uses an 86% variety but feel free to go with whatever strength you prefer!). It’s interesting to me that Brittany used only egg whites; it’s as if she’s compensating for the decadence with a slight reduction in cholesterol. Hey, whatever works! (Brittany gave us permission to reproduce her photo; check out more great recipes at her blog P3: Polifroni Pies & Pizzas!) 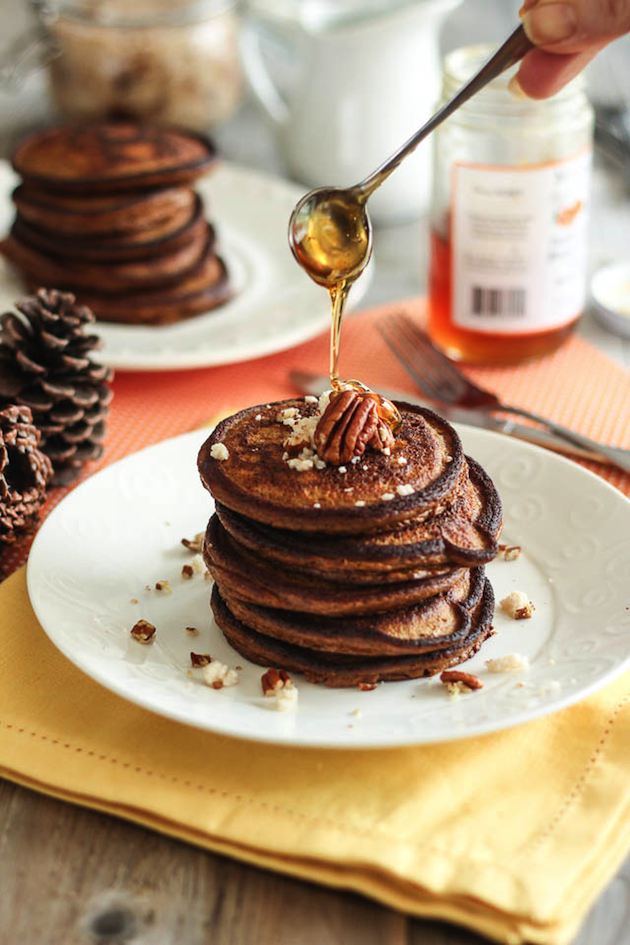 Sonia is taking advantage of the fact that we are getting into the thick of Autumn, and she recommends putting some of those extra pumpkins to good use. She mixes all the Autumn spices (think cinnamon, ginger, clove and more) with pumpkin puree and a healthy blend of our favorite Paleo-friendly flours: almond flour, coconut flour and arrowroot flour. I do wonder about the molasses though; I’ve never used it in cooking and I’m wondering, if you don’t have it on hand, if leaving out the 1 teaspoon requirement makes much of a difference. I’m about to make these right now so I truly hope not! (Thank you to Sonia, The Healthy Foodie for allowing us to reproduce her image above!) 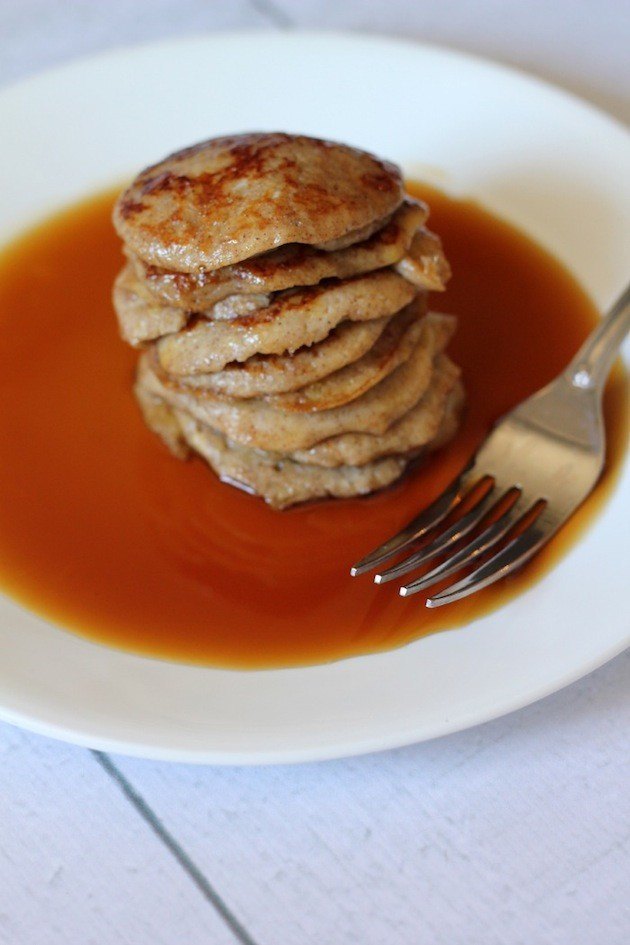 Pre-med student and Paleo blogger Monica nails it with most straightforward (yet still delicious) Paleo pancake recipe of them all. With just three ingredients and three steps, these pancakes will most likely take you three minutes to make. If you like to make things more elaborate, you can always use this recipe as a base to add on optional extras, but if you’re busy like me, you’ll appreciate this quick and oh-so-simple pancake recipe. Thank you Monica! (And thanks for letting us post the photo from her blog, Bravo for Paleo.) 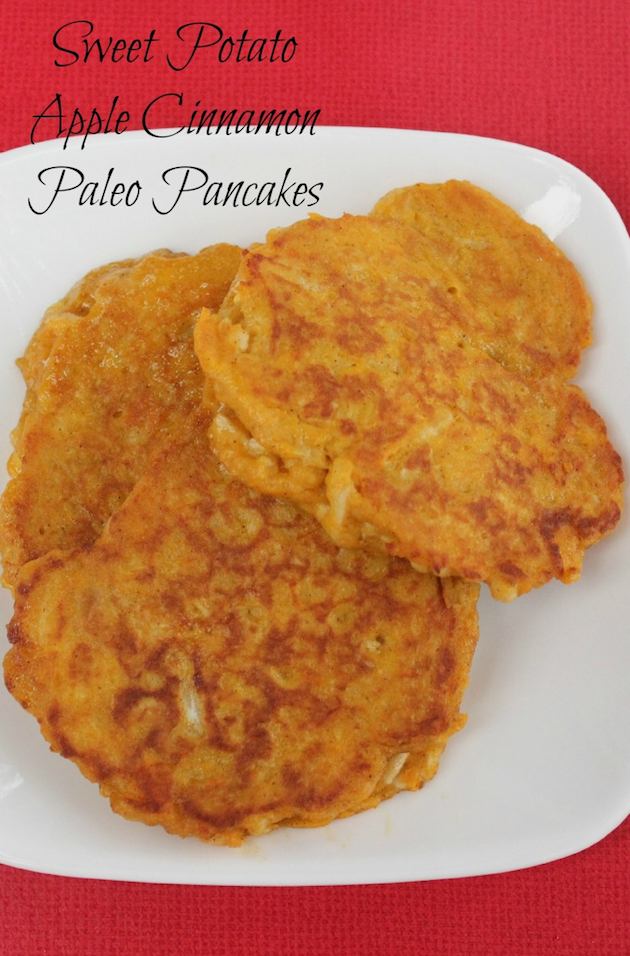 At first glance, I thought this was another savory pancake recipe but now I see that the sweet potato actually lends to its sweetness… it sounds like the perfect balance of flavors. Not to mention that the sweet potato and apples lend to an amazing texture! (Thanks to Ellen for permission to use her photo! More of her great recipes can be found at Confessions of an Overworked Mom.) 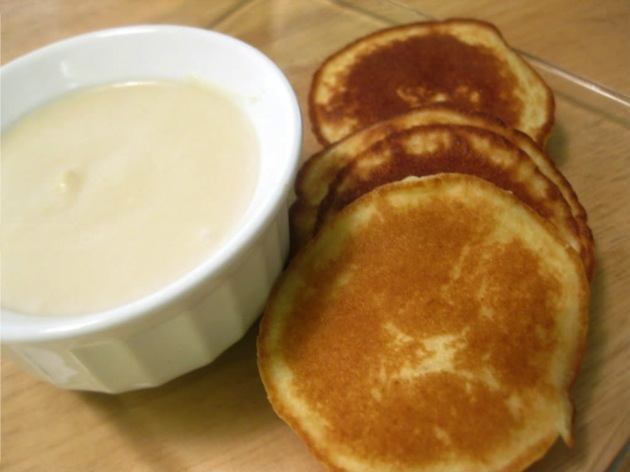 Here are three great Paleo pancake recipes from our own site! 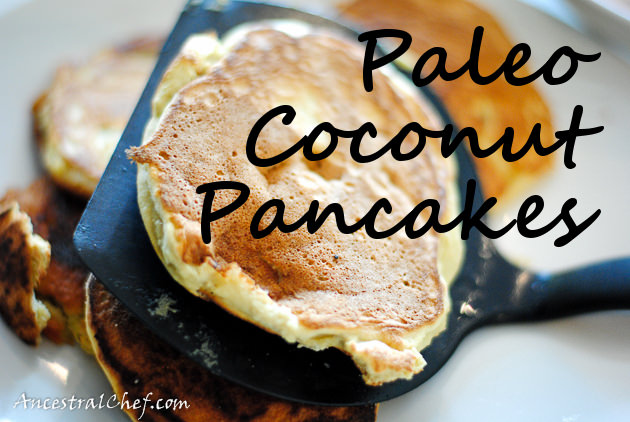 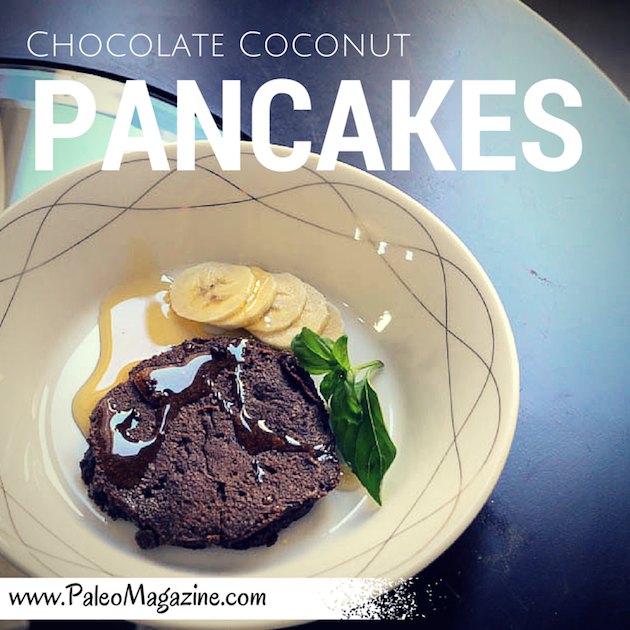