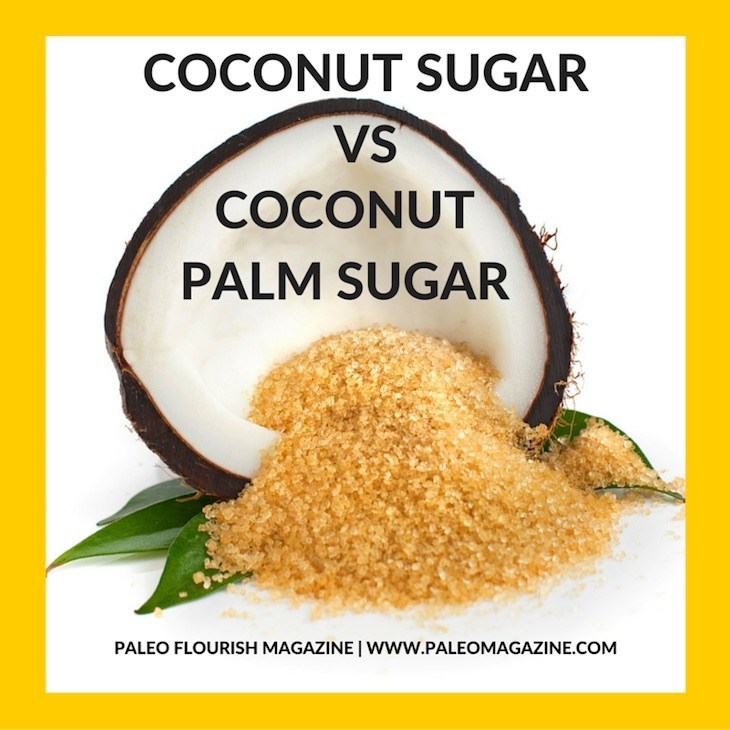 With so many different names floating around, it can be tough when you’re out shopping to ensure you buy the right products.

Yes, I agree…it’s really annoyingly confusing. So read on to discover exactly what is what as well as which sugar is Paleo.

What’s The Difference Between Coconut Sugar and Coconut Palm Sugar 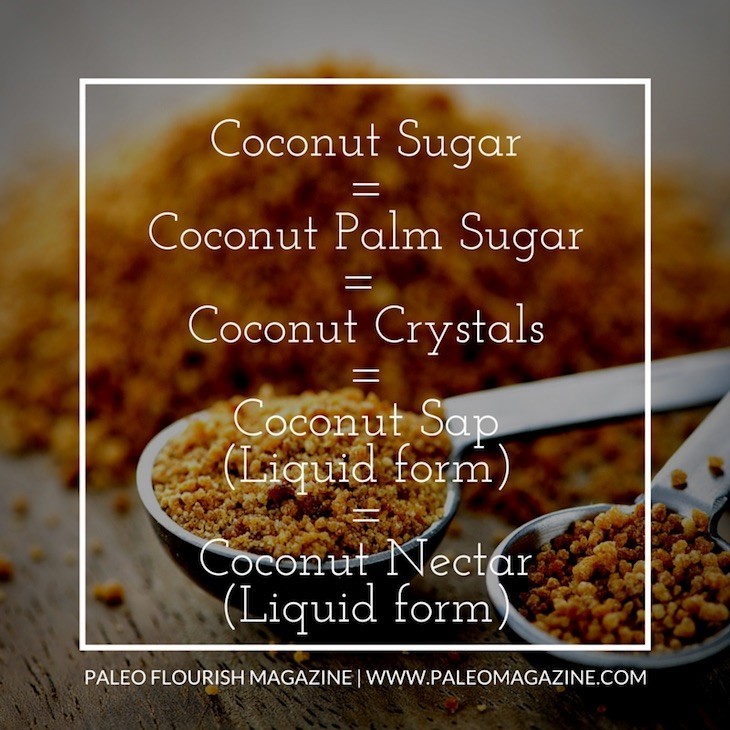 So is Palm Sugar also the same as Coconut Palm Sugar?

Unfortunately, the answer is sometimes.

However, rest assured that no matter which name it’s called by, it pretty much always tastes the same!

How Is Coconut Sugar Made?

Ok, now that we’ve established that all these names are basically the same thing, let’s see how it’s made. In case you’re tempted to skip this section, let me explain that I’m not writing this for some academic purposes – the manufacturing process is highly important to the debate of whether coconut sugar is sustainable or not.

As explained on this website, coconut tree blossoms are tapped for their sap, which supposedly will keep flowing for the next 20 years. It’s also suggested that this tapping of the coconut tree blossoms for sap is a centuries old tradition that does not harm the tree. Healthy Traditions (who sells coconut oil) however has claimed that the tapping process prevents the coconut tree from also producing coconut fruits, and this decline could lead to higher coconut oil prices. Coconut Secret (who sells coconut sugar) claims this isn’t true.

I wish I could tell you who is right, but I simply don’t know. All I see is more coconut oil and more coconut sugar filling the supermarket shelves. 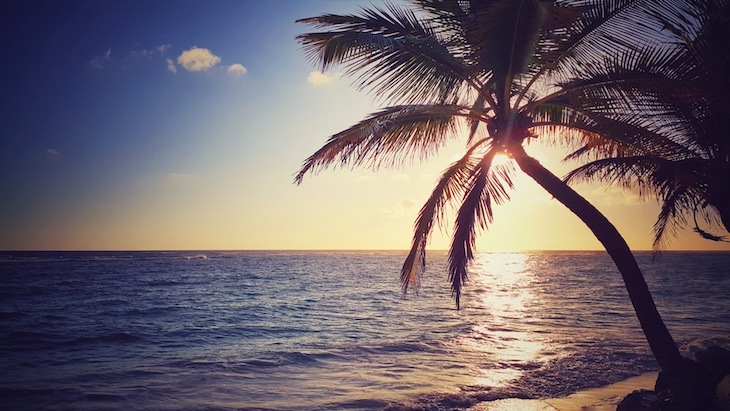 If you didn’t find the sustainability of coconut sugar debate interesting, then perhaps you’ll find this section more pertinent to why you’re looking to buy coconut sugar or coconut palm sugar.

So, is coconut sugar as healthy and great for diabetics as Dr. Oz seem to claim?

Coconut sugar’s claim to be a healthier sugar lies mostly with the fact that it has a lower GI (glycemic index) than many other sugars (like cane sugar), and a low GI is supposedly a good indicator that the sugar won’t spike your blood sugar as much. It’s suggested that the low GI is due to the presence of inulin (a fiber that may slow down the absorption of sugar) in coconut sugar.

According to this study by the Department of Science and Technology in the Philippines, coconut sugar has a GI of 35, which makes it a low glycemic index food. However, the University of Sydney classifies the GI of coconut sugar as 54. No one seems to have done more testing to see who is right.

So, the glycemic index of coconut sugar may turn out to be not quite as great as people make out, but it’s still no worse than other sugars – both honey and cane sugar has a GI of around 50.

All in all, coconut sugar is at best a tiny bit healthier than other sugars and at worst about the same as honey.

Coconut sugar appears to be as healthy as raw honey is (which is to say – it’s as healthy as a sugar can be), but it’s still good to avoid eating it in excess. And if you have blood sugar issues, then coconut sugar (despite its supposedly low GI) could still raise your blood sugar levels in a detrimental way.

You might also want to avoid coconut sugar if you have gut issues as Sarah Ballantyne suggests that the inulin in coconut sugar could cause digestives issues in some people.

But if you want to give coconut sugar a try (it is a good Paleo sugar to use when you need a dry sugar rather than a syrup texture like honey), then you can get it on Amazon here.

Thank you for doing all the research and sharing.

http://www.lsuagcenter.com/topics/crops/sugarcane/harvesting_processing/sugarcane-ripener-recommendations–glyphosate. I am leaving this link to let others know that although sugar cane has not been genetically modified, some farmers are treating their stocks after harvest with glyphosate (roundup). They say that the stocks after treatment with glyphosate will produce more sugar. Glyphosate is being used as a dessicant. Glyphosate has two patents. One is as an antibiotic. The other is as a cleaner of pipes because it is an effective chelating agent. This means that residual glyphosate in sugar. if you eat the sugar that has been treated with glyphosate, the glyphosate has the potential to kill your gut bacteria AND chelate trace minerals in your system, making them unavailable to your body.

We have recently learned that your approximate 5 pounds od gut microbiota (cells of bacteria, fungus, virus and other non human cells) is responsible for mich more than digestion. Among other things your bacteria trains your body’s immune system to recognize invaders. Be aware of ingesting glyphosate in your “health” food.

The research that I have done has led me to believe that palm sugar is not harvested with glyphosate.