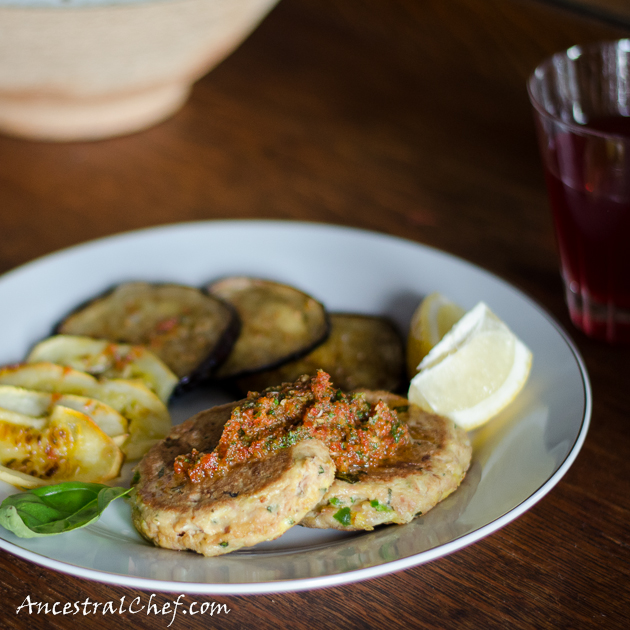 “Only in New York City would you walk past a man on a unicycle without turning your head.”

New York has been my “home” for the past five and a half years. If you’ve never visited, then let me tell you that there are all sorts of things you will see in this city that just doesn’t happen elsewhere. From semi-naked guitarists in Times Square to Gossip Girls filming on Columbia campus to rats running through subway.

Those were things I used to find exciting slash seriously gross about NYC, but I’ve now realized that I don’t even turn my head to look. I’ve finally become a New Yorker!

I was actually on my way to pick up groceries to make these coconut tuna fish cakes when I walked by a unicyclist meandering down a residential street. Even though I was looking straight ahead at him, it never registered in my head that this was something odd. After all, what’s odd about a unicyclist when two men will fight in daylight over a parking spot (note all the pedestrians walking by in the background not seeing a thing).

I guess this was a long way to say that it’s time I left New York. There are many reasons why I’ve decided to leave in a few months, and this was just one of them. But regardless of where I am, the recipes shall continue!

And so we move on to the tuna fish cakes recipe, which is what I was making when I had this epiphany!

It’s again a simple recipe. I used eggs and coconut flour as the binding agents to hold everything together. I also added a bit of coconut flakes, basil, jalapeno, and olive oil. I pondered for a bit over whether coconut oil would go better in the fish cakes. After all, they are coconut fish cakes. But I decided to go with olive oil for fear that the coconut oil might form clumps due to the lower temperature of all the ingredients (many of which had just come out of my fridge). 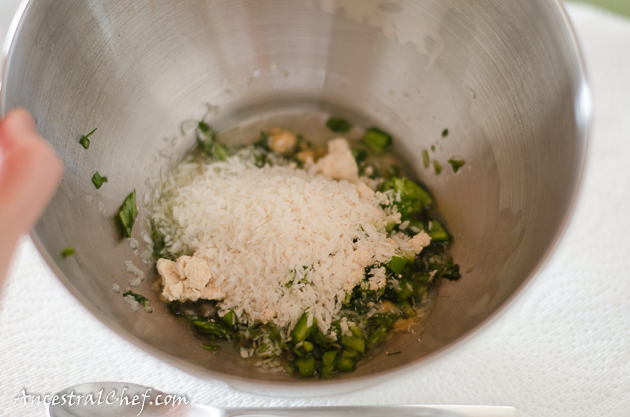 After mixing and forming the mixture into small patties, I fried them in some coconut oil. 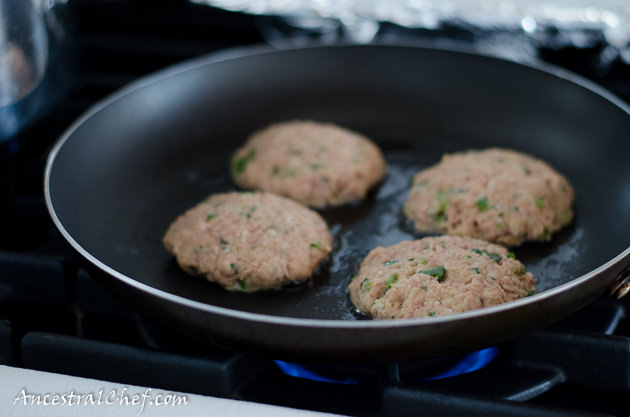 They get flipped over when the bottom side turns golden. I wasn’t too worried about undercooking these – all the ingredients except for the eggs were ready to eat without any cooking. 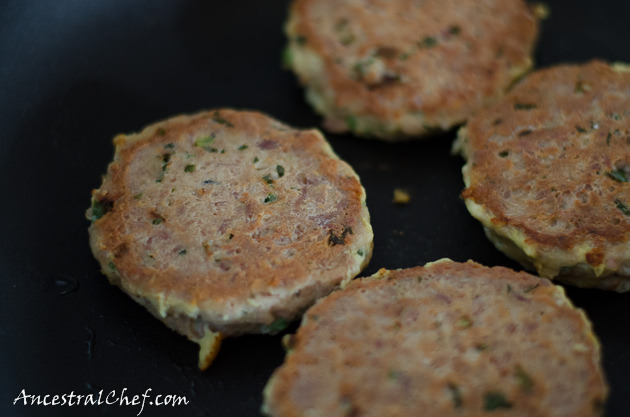 I served it with a mint sun-dried tomato garnish (recipe coming!) and grilled vegetables, but they’re also good to eat on their own. You can make a large batch of these and store them in the fridge. Then when you’re ready to eat them, just reheat in the skillet with a bit of coconut oil. That’s what I did tonight when I made them for a guest. 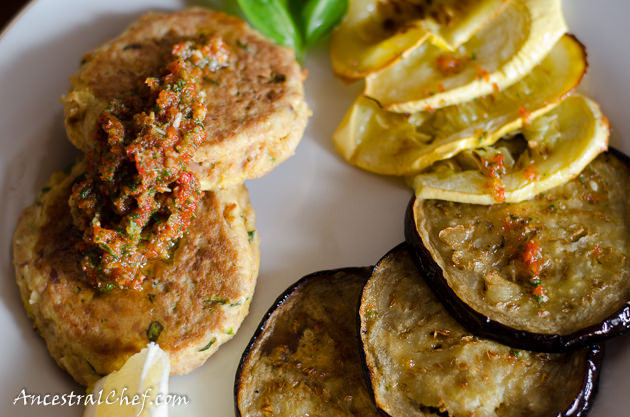 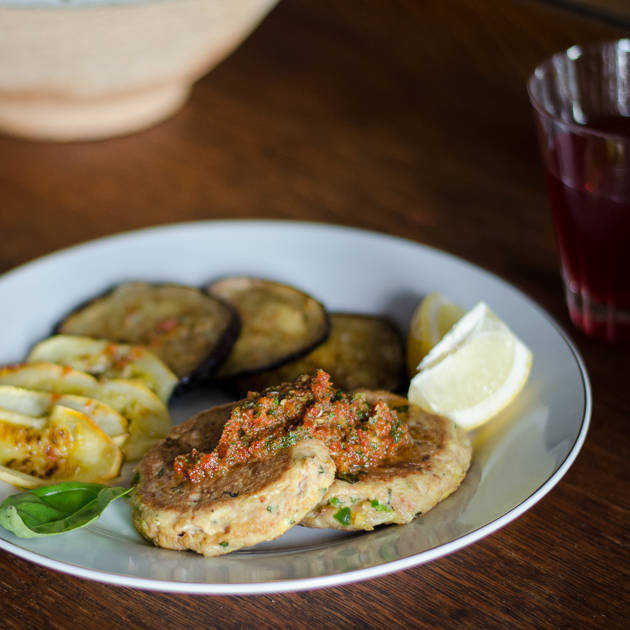 I just made this yesterday and it turned out sooo good that I was asked to make them again today! 🙂
I found out that using the 2 tbsp of coconut oil instead of the olive oil works better to make the patties easier to make/form and transfer from hands to plate to skillet

Thanks Edwin – I’ll have to try it with coconut oil!

Wow, this was fantastic. I made fish broth / stock from fresh red snapper and had fish meat leftover so I used your recipe. My husband said these were the best fish cakes he’d ever eaten. The only changes I made were to substitute homemade ghee instead of olive oil and added a chopped green onion (chives). I topped it with homemade creme fraiche. Thanks for the recipe.

These look yummy, I don’t have coconut flakes, would I substitute coconut shreds? Can’t wait to try them.

I made these today and they were delicious….next time I’ll make a sauce to go with it as they were a little dry….maybe an avocado sauce. Thankyou, they were very quick to make and all my kids loved them also.

Hi, I’m new to all this. Where do I get coconut flakes and ghee? Thanks.

You can get them from amazon (https://www.amazon.com/Lets-Do-Organics-Organic-Coconut/dp/B005TY2XHK?tag=jldvrsfd-20 and http://www.amazon.com/gp/product/B0032RPLSY/ref=as_li_ss_tl?ie=UTF8&camp=1789&creative=390957&creativeASIN=B0032RPLSY&linkCode=as2&tag=jldvrsfd-20) or you can often find these in health food stores or Whole Foods.

Where is the recipe for the mint sun dried tomato garnish?

Hi Kim – sorry, I’ve tried looking for the recipe but I’ve lost the piece of paper I wrote it on! I’m going to recreate it!

Do you drain the canned tuna?
Instead of the diced jalapeno pepper, could you recommend a substitute?