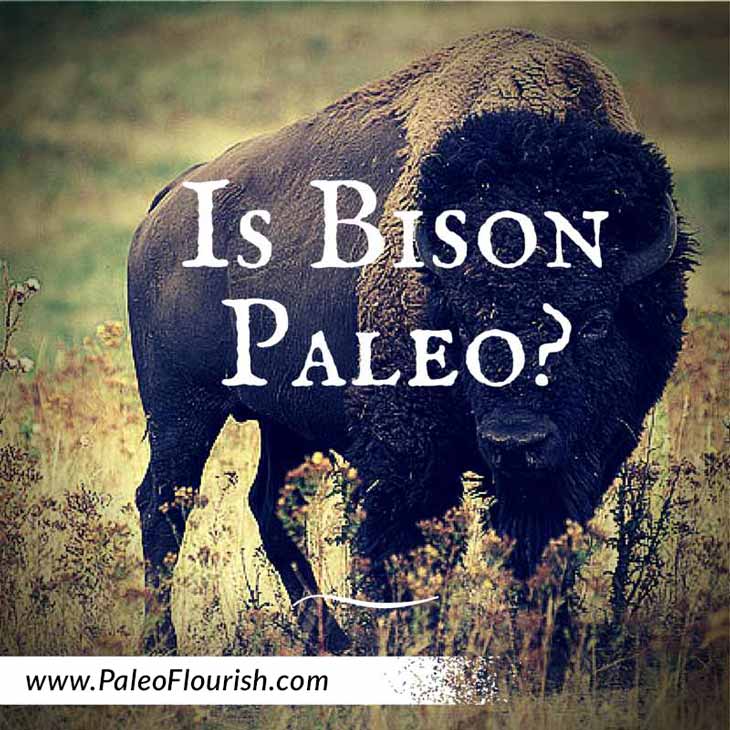 A great alternative if grass-fed beef is getting boring.

See, I grew up in Georgia, home of Ted Turner. And nobody owns more bison than Ted. (Well, somebody might, but he owns a lot.)

And he even has a restaurant called Ted’s that I used to go to all the time for their bison. (I also loved their milkshakes, but that’s a story for another day.)

Because bison meat is packed with a good dose of protein and has a rich flavor, it is becoming a more popular addition to people’s plates.

So, is bison Paleo?  Definitely – it’s delicious and nutritious!

Why and How to Incorporate Bison into Your Diet

1. Omega-3 Profile. Grass-fed bison has one of the best omega-3/omega-6 ratios of any red meat, outscoring even wild elk!

Most grain-fed meat has an imbalance of fatty acids, tilting the scale toward omega-6s instead of the preferred 1:1 ratio. Bison meat comes extremely close to that perfect balance, providing you with a highly-usable muscle-building set of amino acids in every serving.

2. Selenium. Bison meat is a great source of selenium, the mineral responsible for preventing cell damage in your body.

3. More Vitamins. Per ounce, bison is generally higher in vitamins (especially fat-soluble vitamins like A, D, E, and K) than other meats.

4. Tip: Look for Range-Fed Bison. This is generally easier than finding grass-fed beef, since a higher percentage of buffalo are pastured (versus cows).

You should do this for the same reasons as you would for beef. Grain-fed buffalo are deprived of vital nutrients and are often pumped full of antibiotics—those shortcomings are passed on to the people who eat that meat.
5. Yummier. You may not agree, but I and many other people believe that the taste of bison is just slightly richer and sweeter than beef.

One of the easiest ways to prepare bison is by making bison tails, which are similar to beef oxtails but taste better. Bison tails are meaty and make great broth, and they don’t usually sell for more than a few dollars per pound.

Bison meat also keeps well if it is stored in the freezer, so make a batch ahead of time and freeze it for a convenient snack or dinner later!