Is Cheese Off-Limits on a Paleo Diet? – Is Cheese Paleo? 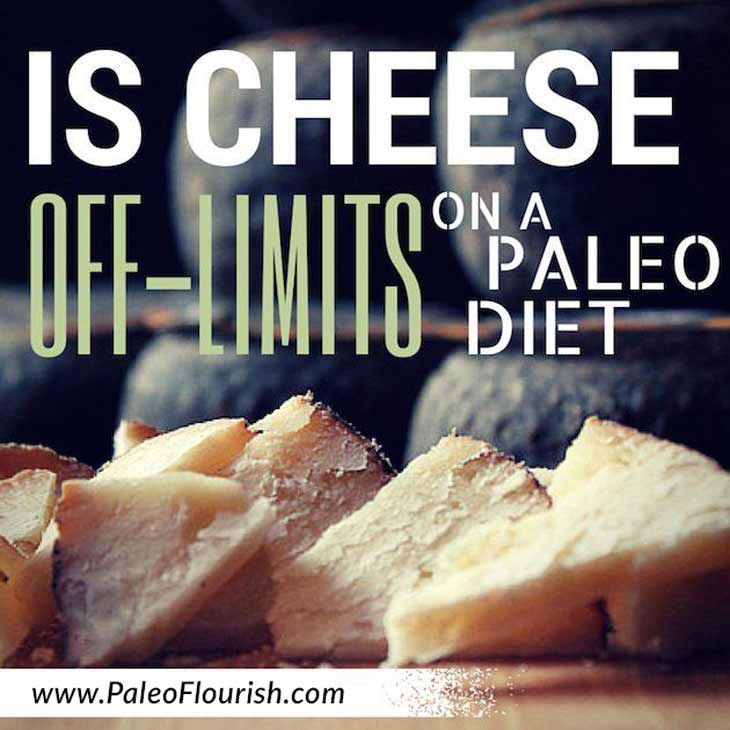 I get questions all the time about different kinds of foods that may or may not be Paleo.

Mostly, it’s about foods that are either in a grey area or else are just sort of exotic.

On the other hand, though, certain types of dairy come up often, and cheese is one of them.

Cheese Is One of the Last Foods I Ever Gave Up

It took me many years.

I could (and will) write an entire article on all the different types of dairy and all the concerns with it, but here are the main considerations:

I’m not opposed to dairy so long as it’s raw or fermented, but you still need to eliminate it for a month or two to see how you feel once you re-introduce it.  That’s really the only way, and it applies to cheese as well as every other type of dairy.

2. Cheese Is Still Dairy.  Much cheese has less lactose, but rarely zero, and it still has casein.  These are not necessarily problems for everybody, but they are for some people.

3. Go Raw or Go Home.  Most cheese is made from pasteurized, homogenized milk.  Even if you want to keep dairy in your life, that’s not the way to go.

Any cheese you eat should be made from raw milk.  It’s harder to find, but not impossible, and you’ll get all the bacteria and enzymes that are supposed to come with cheese.

So, is cheese Paleo friendly? Purists will tell you that all dairy – cheese included – is off-limits on a Paleo diet, and I agree that it should be off-limits when you start.  But if you reintroduce raw cheese after giving it up for a while and don’t feel any different, then – by all means – go for it.

The info you sent , answering my question on cheese was very plain and direct and to the point. Thankyou