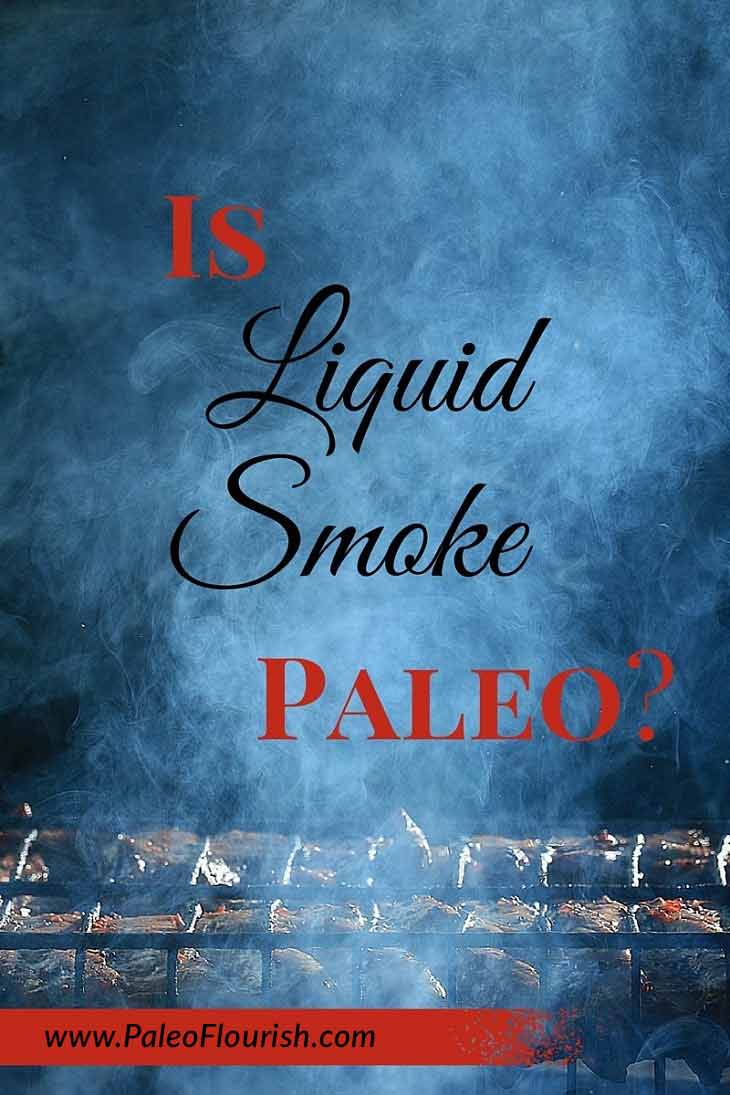 This small bottle of dark red liquid causes a lot of debate in the health and culinary worlds.

So what is liquid smoke? Is it a cheat for those of us too lazy to actually smoke our meats or is it a healthier way to make foods delicious? And of course, the most important question on your mind, is liquid smoke Paleo?

Read more to find out!

What Is Liquid Smoke?

Liquid smoke is exactly what the name suggests – smoke flavors trapped as a liquid.

A Missouri pharmacist, Ernest H. Wright, is credited with creating liquid smoke in 1895, and liquid smoke (or condensed smoke as it was known then) quickly became a hit. 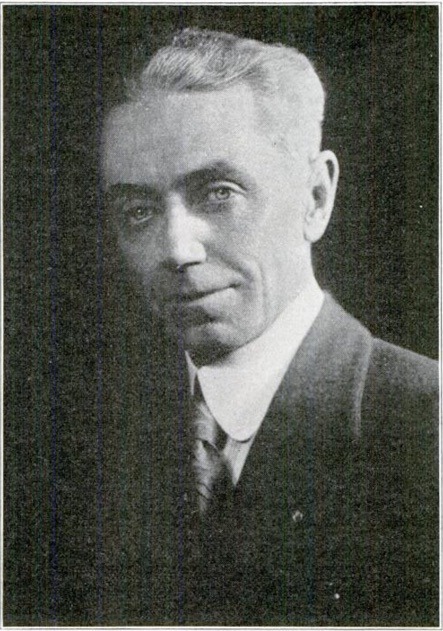 Mr. Wright first came upon the idea when he was just 15 years old working in a print shop – he would watch black liquid trickle down the side of a stove-pipe. But it wasn’t until almost 10 years later, after he had purchased a bankrupt chemist shop, that he started experimenting with burning wood and condensing the resulting smoke. 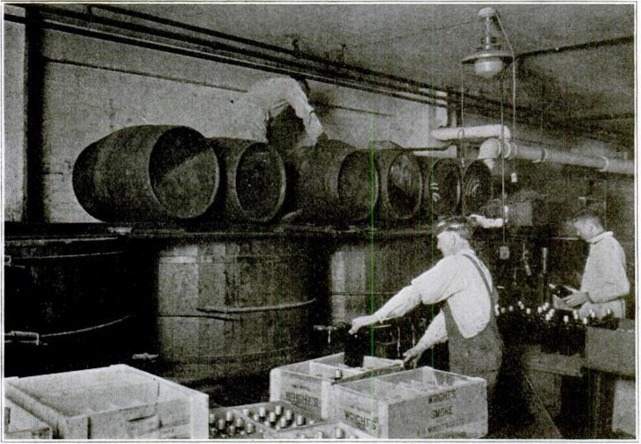 The first food to ever use liquid smoke as a flavoring was a ham, and the taste was so good that more and more people started demanding it. In his first year of production, Mr. Wright sold 1000 bottles. And at the end of his second year, that number had increased 10-fold to 10,000 bottles.

Nowadays, liquid smoke can be found in many flavorings (e.g., BBQ sauces) as well as in various recipes like chilis, burgers, and beef jerky. 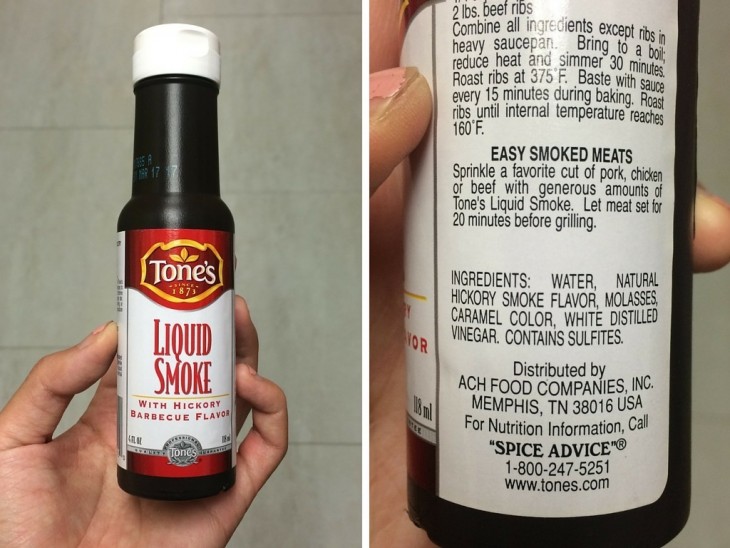 Companies even use liquid smoke to create a smoke environment (by vaporizing the liquid smoke) and smoking meats in that way instead of actually burning anything.

How Is Liquid Smoke Made?

Traditionally, liquid smoke is made from burning wood at high temperatures and then condensing the resulting smoke that is created.

Mr. Wright (who never patented his process to deter people from copying him) later improved his secret process so that it involved a process similar to that used in the distillation of whisky (including an aging process).

If you’re adventurous, you can also make your own (here’s the wikihow method). Alton Brown in season 9 episode 3 of Good Eats also makes liquid smoke with a very innovative method!

Is Liquid Smoke Safe To Eat? 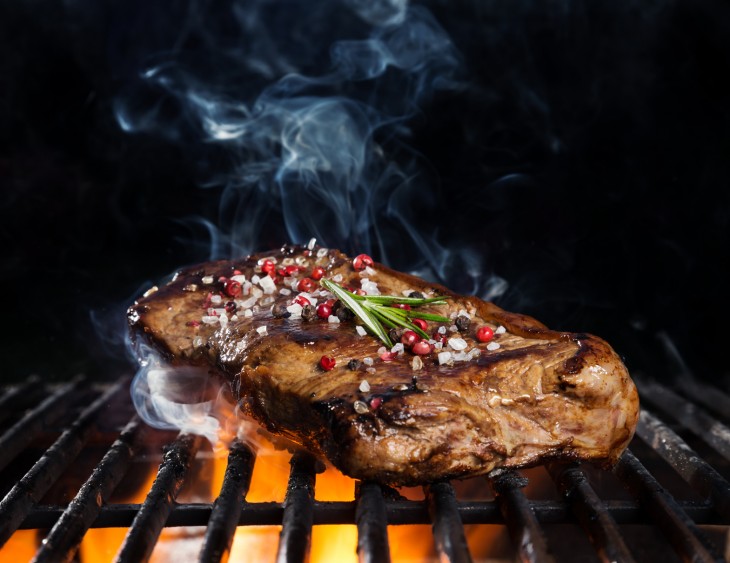 While liquid smoke may be “natural,” there have been recent worries about its safety as a food additive.

In particular, since smoke itself has been shown to contain carcinogens, it stands to reason that liquid smoke might also contain them.

So, here’s what some of the studies into liquid smoke have found about their safety:

1. Levels of carcinogenic polycyclic aromatic hydrocarbons (PAHs) are much lower in liquid smoke than in smoked meats and fish.

A 1993 study looked into levels of carcinogenic and non-carcinogenic polycyclic aromatic hydrocarbons (PAHs) in various smoked foods and found the levels in liquid smoke to be well below that in smoked salmon and grilled pork chops.

2. While liquid smoke may cause DNA damage, our body very quickly self-regulates to protect against the damage.

A 2013 study by a team at John Hopkins found that liquid smoke (as well as tea and coffee) stimulated the cancer-linked gene called p53 to a very high degree thereby suggesting that those foods were causing DNA is damage in human cells.

However, their follow-up study in 2014 found that the human body’s natural defenses (certain proteins and enzymes) protected against the potential DNA damage. In fact, after 2 weeks, the body seemed to develop a resistance against the chemicals and not even need the protein protection.

One of the study’s authors stated that: “It made us wonder, do people who eat the same PLP-containing [plant chemicals that stimulate the p53 response] diet day after day develop a natural cellular protection to the toxins so that, as has been said before, what doesn’t kill us makes us stronger?”

A 1998 study suggests that liquid smoke, like traditionally smoking meats, has antioxidative and antimicrobial properties that could help preserve your food for longer.

So, is it safe?
While it’s not definitive, there appears to be no great science suggesting that liquid smoke is unsafe to eat in small amounts right now. In fact, eating smoked salmon could deliver more carcinogens into your body than ingesting liquid smoke.

There’s no health benefit to liquid smoke (other than potentially helping the meat last longer), but current science also does not indicate any serious health consequences to using liquid smoke.

So, our suggestion is to use it sparingly and to make sure you pick a brand that doesn’t include any other additives (see the next section for how to pick a good brand of liquid smoke).

How To Choose A Good Brand of Liquid Smoke?

As with any packaged food, always look at the ingredients label. For liquid smoke, there should only be 2 ingredients on the label: water and smoke.

However, some brands have added additional ingredients like molasses and caramel coloring.

If a recipe calls for liquid smoke and you either don’t have any on hand or don’t want to use any liquid smoke in your dishes, then don’t worry, there are a few good substitutes listed below.

(If you’re not using liquid smoke because of health concerns, then you may also want to be worried about meats and spices that have been smoked naturally as they may contain even higher concentrations of carcinogenic compounds than liquid smoke has.)

Chipotle chilis are smoke dried jalapenos, so they’ll add a smoky flavor as well as spiciness.

Traditionally used in Hungarian cuisine, smoked paprika is one of my favorite spices. It’s very mildly spicy with a strong smoky flavor – just like the name suggests.

Note that some smoked fish and meat might have been smoked with liquid smoke.

Lapsang Souchong is one of my favorite teas – brew a cup of this tea and add it to your chili to create a nice smoky flavor.

Naturally smoked salt can be an alternative if the recipe also calls for salt.

6. Omit the liquid smoke from the recipe

This will of course change the flavoring, but it’s usually not an essential ingredient.

Images: Photos of Mr. Wright and his factory are from the The Rotarian Apr 1923, Copyright (c) Jag_cz, kichigin19 from Fotolia