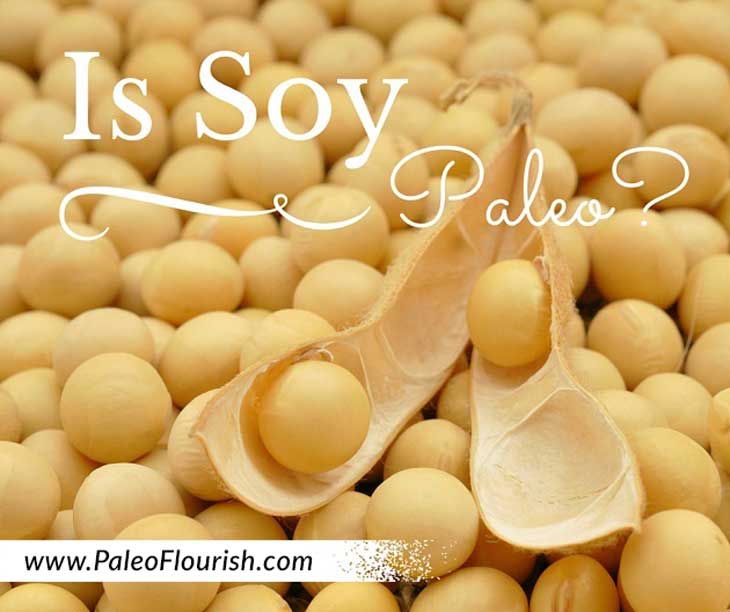 Soy scares me more than a little.

Not because it’s unhealthy or anything – that’s a given.

It scares me because it’s used to make fake versions of almost everything.
Cheese, milk, noodles, shrimp. It’s just weird.

Going out on a limb here, but I’m probably going to upset some vegans…

No. Soy is not healthy at all.

For the past 10 or 15 years, I’ve seen soy mentioned more and more as a great and healthy alternative to dairy, meat, and a variety of other nutrient-dense foods (as well as plenty of nutrient-poor foods).

To begin with, soy is a legume, and has all the problems of any other legume. In general, legumes are not particularly bad, but they’re lower in nutrients than most Paleo food groups, and the lectins in legumes tend to exacerbate leaky gut issues if you’re already dealing with it.

In addition, if you’re worried about GMOs (although I personally recommend that you put GMOs at the bottom of your list of concerns), then almost all soy in the US is GMO.

Perhaps most importantly, soy contains large amounts of phytoestrogens, which act sort of like estrogen in your body but not quite. The result is that the natural hormones in your body (like estrogen and testosterone) are not regulated properly.

There is some research suggests that a soy isoflavone called genistein may contribute to heart health and reduce inflammation by increasing the flexibility of blood vessels. Additionally, these isoflavones act very similarly to synthetic estrogen compounds like tamoxifen, which may improve bone density and prevent osteoporosis according to some studies.However, those benefits are small even if proven, and some scientific studies challenge the findings that soy isoflavones are beneficial to you; one report links soy with an increased incidence in hypothyroidism.

Overall, even if you’re eating legumes, soy is one (along with peanuts) that I highly recommend avoiding.

Mark Sisson says: “It’s potentially phytoestrogenic, mildly carcinogenic, mineral-binding, and goitrogenic. Its oil is in everything nowadays, and most of our animals are a third soybean meal. Bad stuff all around. Not Primal.”

Chris Kresser says: “Although widely promoted as a health food, hundreds of studies link modern processed soy to malnutrition, digestive problems, thyroid dysfunction, cognitive decline, reproductive disorders, immune system breakdown, and even heart disease and cancer. How could soy be linked to all this disease? Because the soybean contains many naturally occurring toxins. All legumes contain toxins but the problem with soy is that the toxins are found in very high levels and are resistant to the traditional ways of getting rid of them.”

So is Soy Paleo?

You should do your best to avoid soy when possible.

If you simply must consume it, opt for organic soy that has undergone a long fermentation process, such as natto. The toxins in soy, especially its phytoestrogens, far outweigh its potential (though disputed) health benefits.