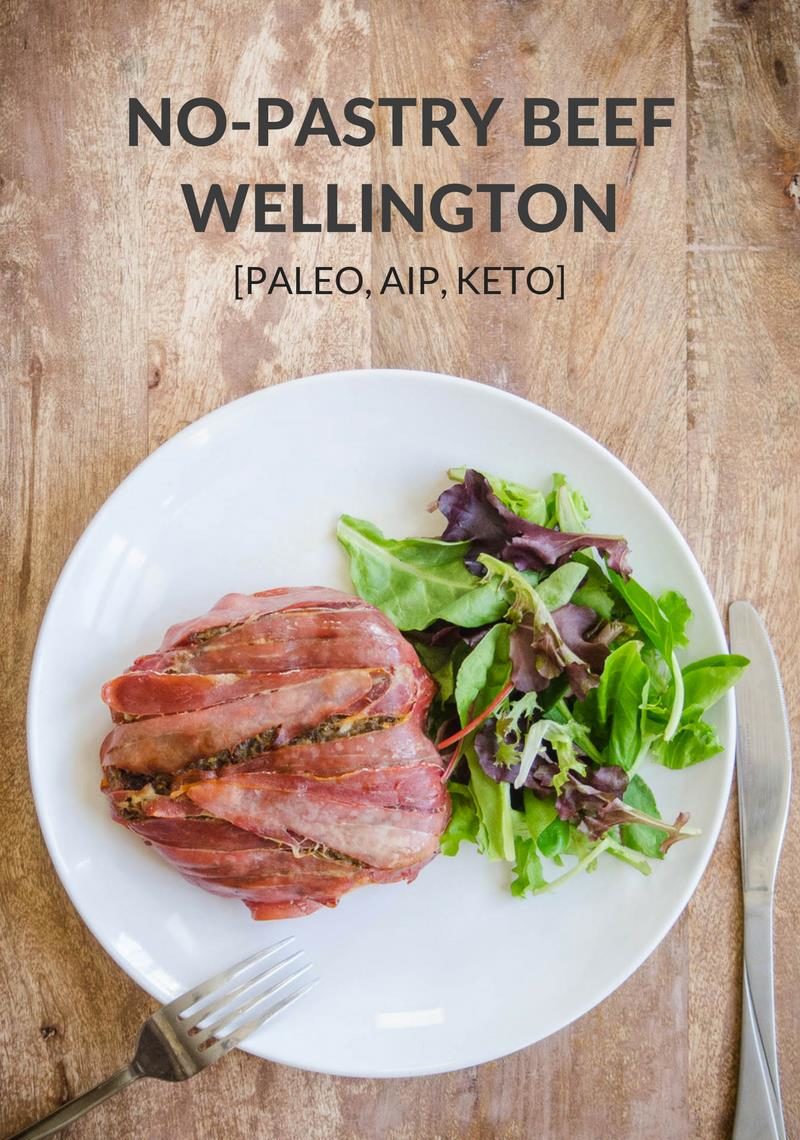 Beef wellingtons are typically made with a pastry exterior that covers the meat and the prosciutto and the mushroom sauce. But you can make an easy Paleo version without the pastry by following the recipe below (or if you prefer having the pastry, then check out this recipe for Paleo beef wellington with almond flour pastry).

If you’re not familiar with the beef wellington, then just imagine delicious juicy steak wrapped in prosciutto (AKA fancy bacon) doused with a tasty mushroom sauce.

In recent years, the Beef Wellington has been well popularized by Gordon Ramsey on his many TV shows.

But this odd dish likely originated in England over 200 years ago.

The beef wellington is named after the Duke of Wellington (who is most famous for commanding the army that won the battle of Waterloo). The Duke also has a famous footwear named after him – the Wellington boot AKA “wellies” or rain boots – which is somewhat related to this dish.

The Duke was apparently not a great appreciator of food, and this dish was likely named after him because of the dish’s similarity in looks to a well-polished Wellington boot. Luckily, it tastes way better than it look!

What to serve with Beef Wellington?

Typically, this dish is served with potatoes or other vegetables, but you can also serve with a light salad if you’re looking to keep your carb intake down or want to avoid nightshades. 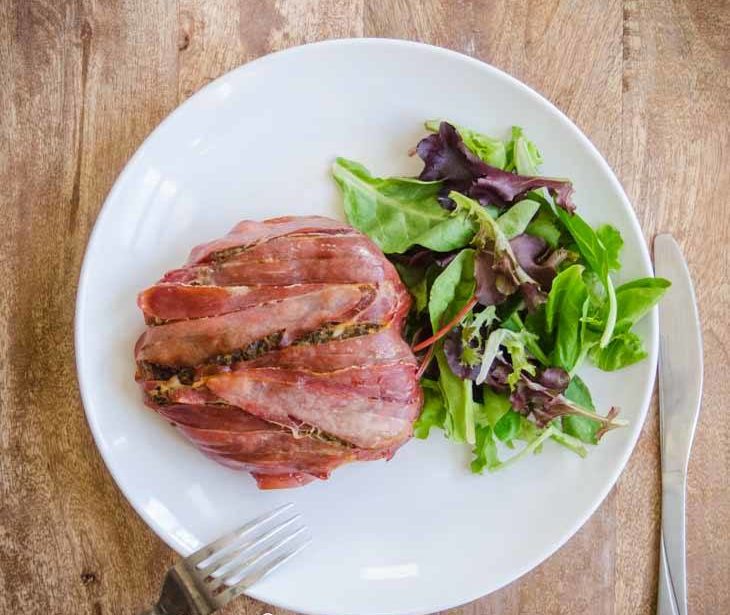