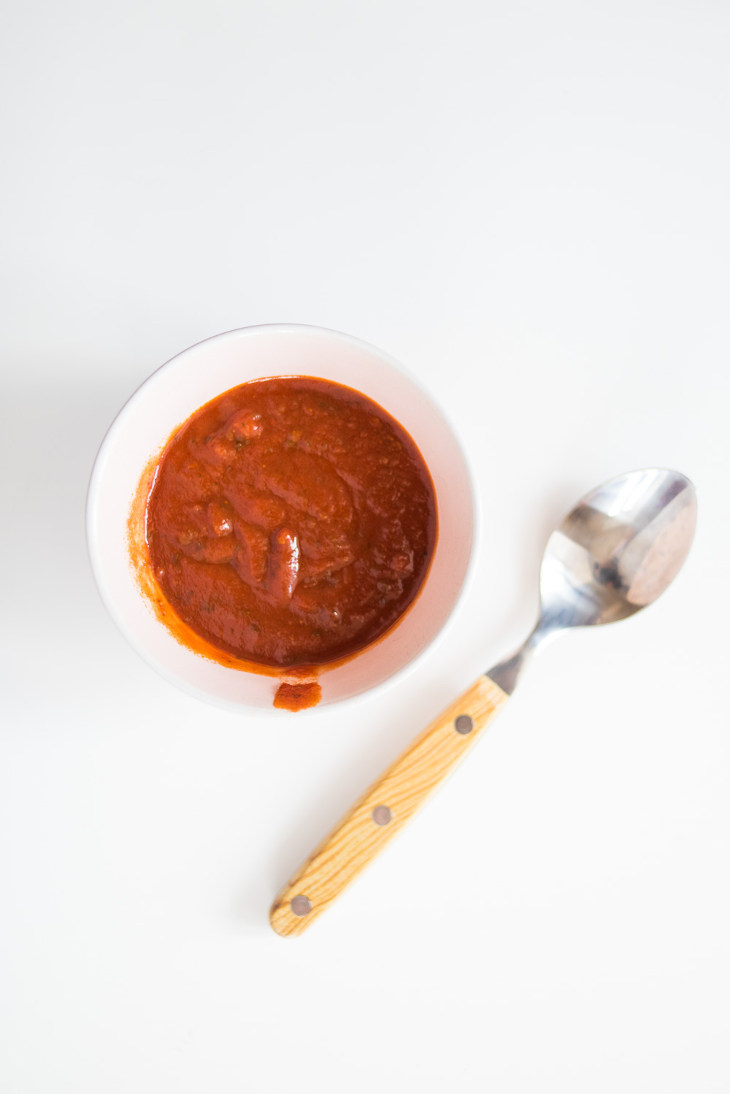 Not all sauces are created equal. And most sauces could stand to be better from a nutritional standpoint. Choose this paleo pizza sauce recipe the next time your pizza craving strikes!

Have you ever wondered what exactly the difference is between all of these different sauces? I know I have.

I’ve also been guilty of using sauces for reasons other than their “intended” purpose. I mean, who hasn’t used pizza sauce on spaghetti or spaghetti sauce for pizza?

There are definitely purists out there, though, so I set out to find the difference between these similar red sauces.

The pizza sauce you pick up at the store has one major difference – the sauce is uncooked.

The theory is that the tomato flavor will be richer when the pizza is baked if the sauce is uncooked. That said, there is some cooking involved in this particular paleo pizza sauce recipe just to get the flavors of all the spices married together.

In many cases, pizza sauce is also a little thinner, as it is a layering ingredient. An overly thick pizza sauce would throw off the balance of the food.

Now that that’s settled, what’s the difference between spaghetti and marinara sauce?

Spaghetti sauce usually (but not always) contains meat. Marinara does not.

Another distinction is in the thickness of the sauce. Marinara is usually thinner, while spaghetti sauce is thicker and chunkier.

To confuse things even more, let’s talk about the difference between this paleo pizza sauce recipe and what you might find at the grocery store.

Honestly, it varies a lot depending on which brand you buy. Many brands contain sugar, which is my main motivation for making my own. Well, that and taste.

You may also find canola oil, soybean oil, and “natural flavors,” whatever that means.

Oils to Avoid on Paleo (and in General)

This article breaks down why you want to avoid certain oils for your health and well-being. It’s a good read, especially for paleo folks.

But I’ll cut to the chase here – corn oil, canola oil, safflower oil, soybean oil, peanut oil, and shortening do not have a place in your pantry. 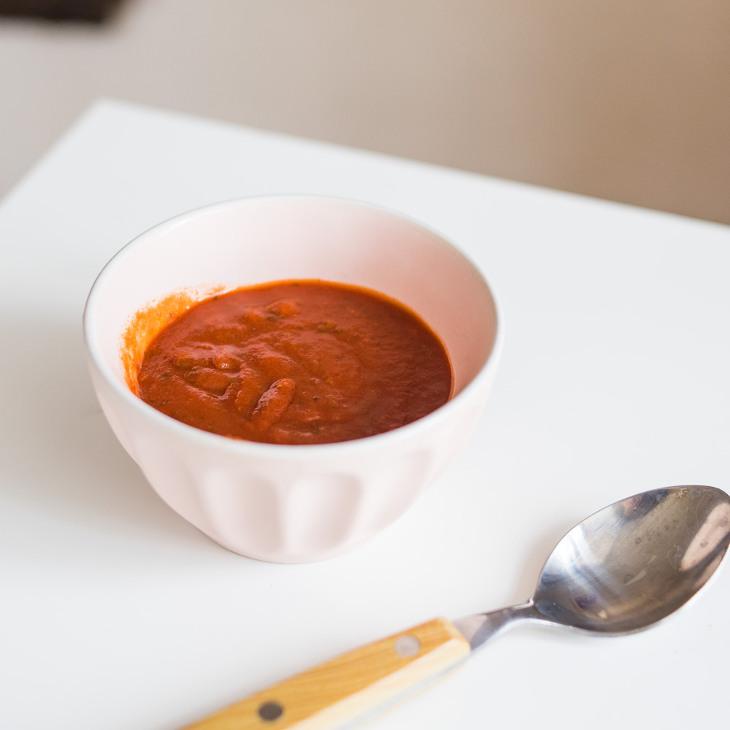 Choose this paleo pizza sauce recipe the next time your pizza craving strikes!