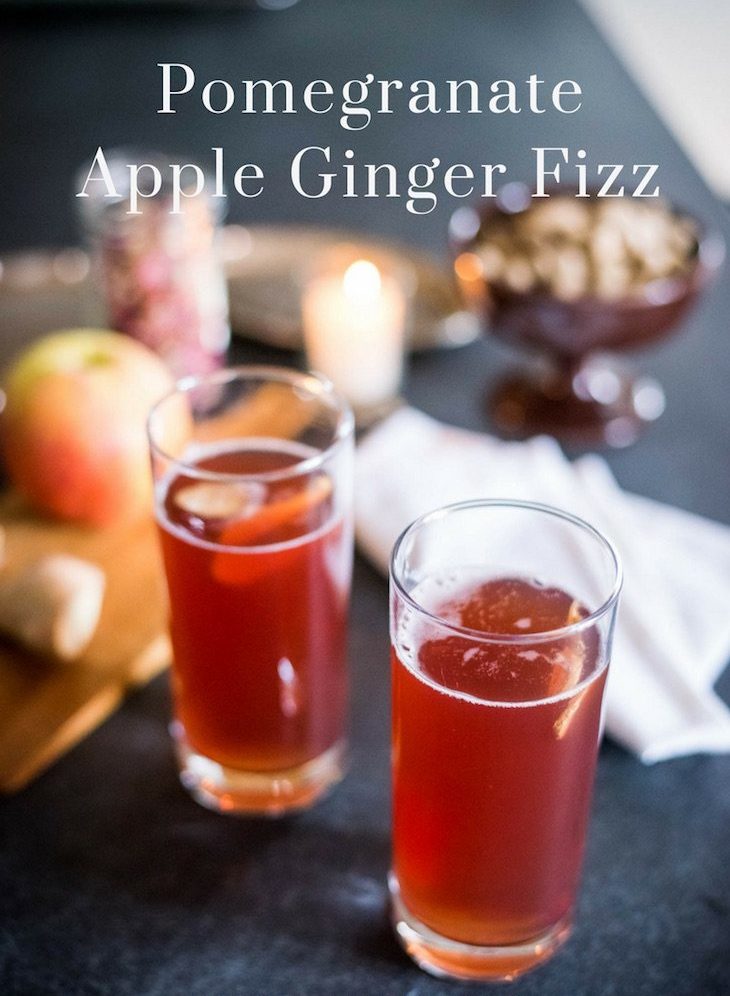 Serve this pomegranate apple ginger fizz at your next holiday party for a delicious but healthier drinks option.

Add 1/3 cup of the pomegranate juice, 2 thin slices of fresh ginger, and a small amount of apple cider vinegar into a glass. Then top it with sparkling water for a refreshing fizzy drink. 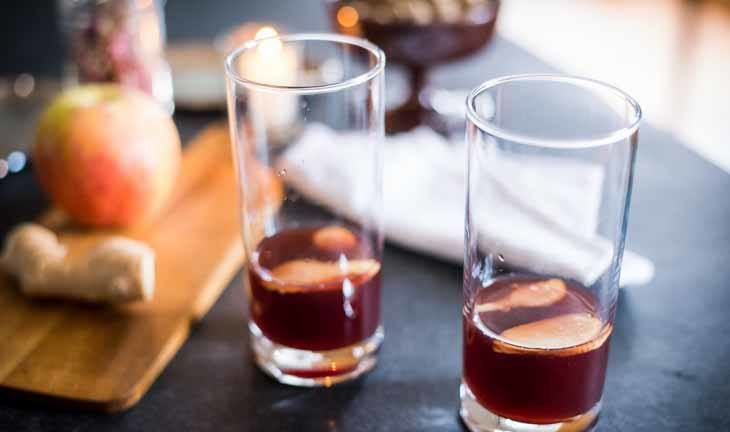 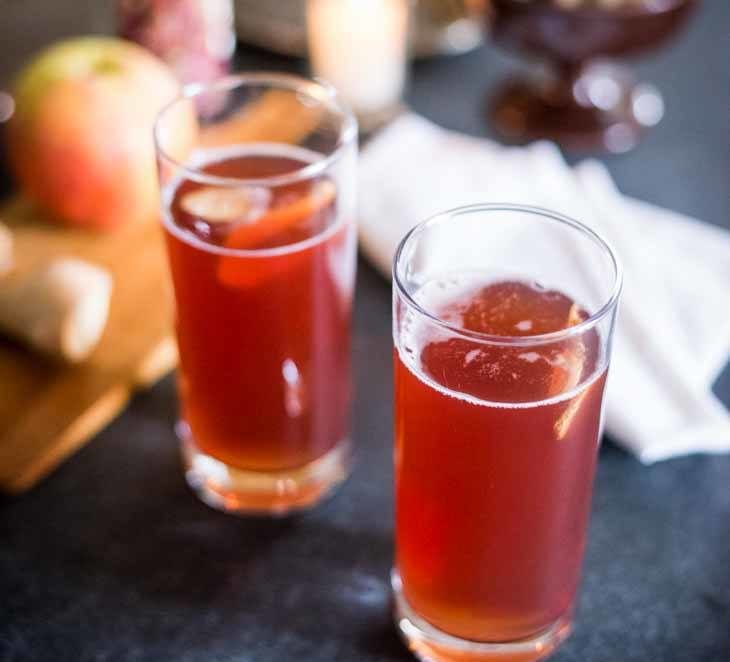 Why add apple cider vinegar in a drink?

But recently, my friend Alexis Shields showed me how to make an Instant Fake Kombucha drink by just adding some apple cider vinegar to sparkling water (it produces a fizzy and lightly sour drink that’s surprisingly very addictive and tastes remarkably similar to kombucha).

Once the holiday season hit, I thought why not spice up the instant fake kombucha drink with some holiday cheer. And so the pomegranate apple ginger fizz recipe was born. Hope you enjoy it! 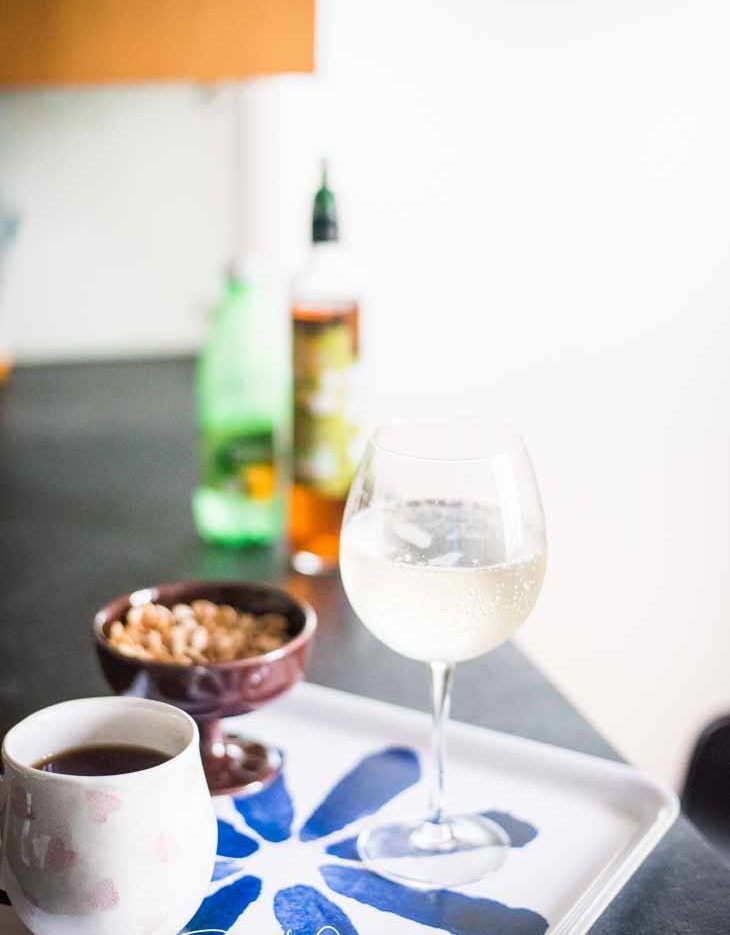 Save this recipe for your next holiday party by pinning this image to your Pinterest board. 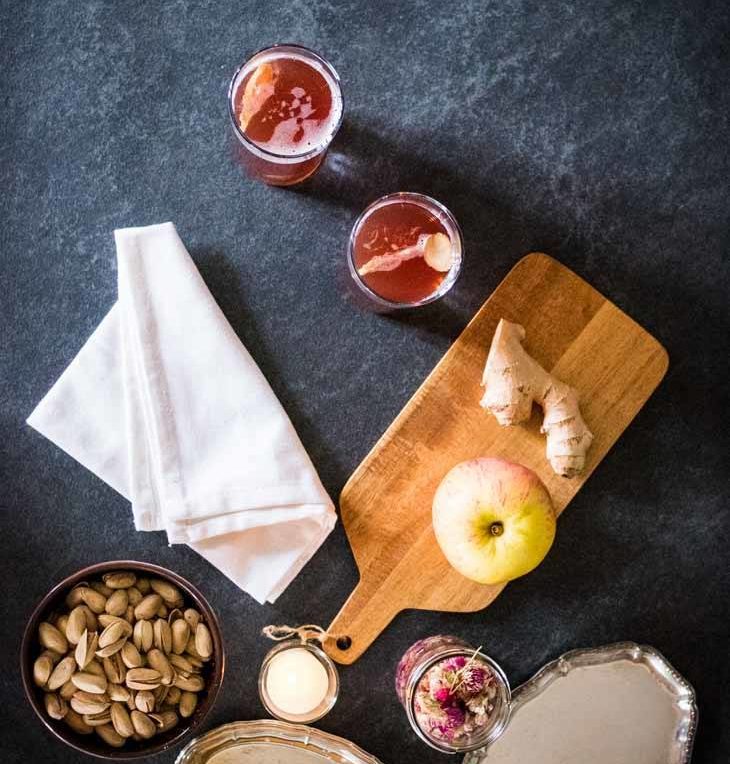