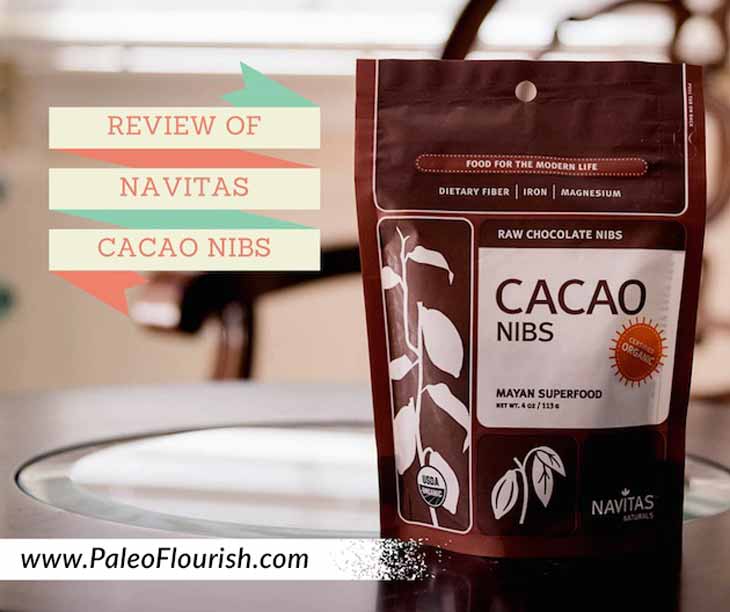 I’ve always LOVED chocolate (to the point where I used to pity a classmate who was allergic to chocolate – how did she survive those teenage years without chocolate??).

So, naturally, cacao nibs piqued my interest when I found them in Whole Foods, especially when I saw that they had 0g of sugar in them.

What Are Cacao Nibs?

Quite simply, these are parts of cacao beans – cacao beans are broken up into small bits called cacao nibs. So you’re eating the basic component of chocolate. 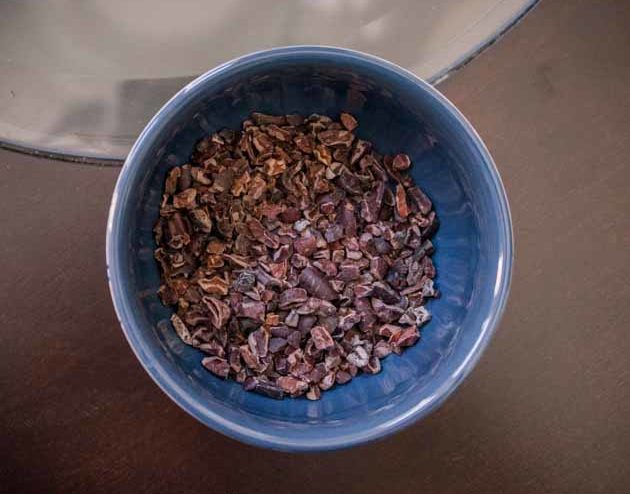 They’re crunchy and pretty bitter (hence why most chocolate has tons of sugar added to them). Because I often eat 100% dark chocolate, the nibs don’t taste that bitter to me, but I would beware if you’re used to eating very sugary chocolate.

I love them as an easy snack that I won’t overeat them. They’re full of flavor and tend to fill me up quickly.

Other ways to eat cacao nibs include using them as a topping on some coconut ice-cream, mixing them into a Paleo chocolate cake or brownie mix, or sprinkling them on a salad for some added crunch.

Cacao nibs are a good source of antioxidants and have good amounts of magnesium (which many people are deficient in), potassium, and fiber. Like all chocolate, cacao nibs also contain some caffeine (55mg-60mg of caffeine in a 28g serving). 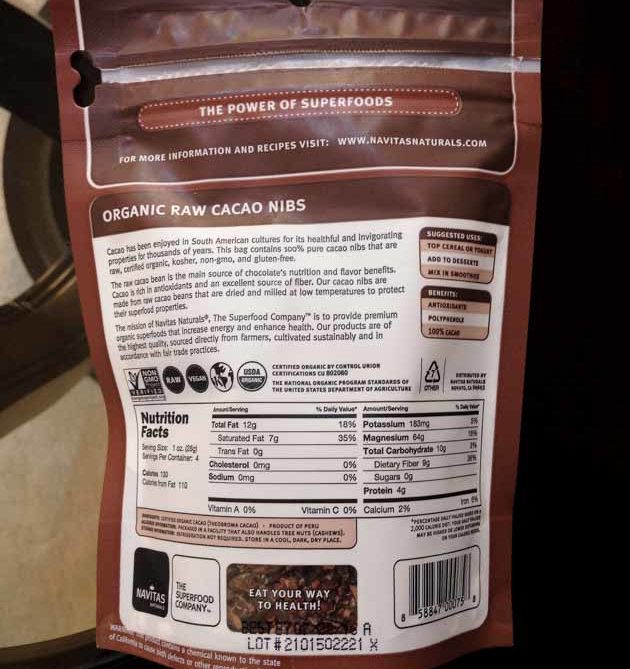 Navitas Naturals’s raw cacao nibs are pretty tasty – plus they come from Peru and are fairly minimally processed. You can buy them on Amazon here or at a lot of health stores (and some Targets) in the US. 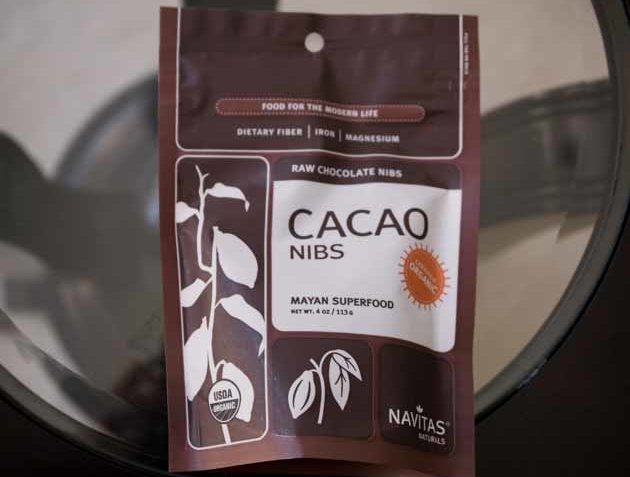