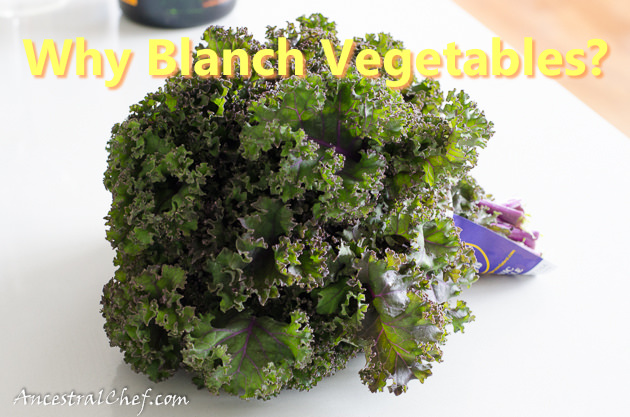 Has it ever seemed silly to you to blanch (i.e., drop into boiling water for a very short time) vegetables before cooking them or freezing them? Well, there’s actually a purpose to doing this as I’ll explain!

This article will detail:

It’s a cooking method that involves dropping a vegetable or fruit into boiling hot water for a very short time (usually a few minutes). Generally, the vegetable should then be plunged into cold or ice water to stop it from continuing to cook.

Why would you want to blanch vegetables?

How do you blanch vegetables?

There are a few different ways to blanch vegetables: 1) with boiling water, 2) with steam, or 3) with a microwave (although this does not work as well as the first two methods). Blanching with boiling water is probably the easiest by far, so we’ll go with that method.

The basic technique of blanching with boiling water is this:

How long should you blanch vegetables for?
As I said above, the blanching time varies depending on what your purpose is.

If you’re looking to freeze the vegetables, then check out the bottom of this webpage for blanching times.

If you’re just looking to speed up the cooking process or remove the bitterness, then a few minutes should be sufficient for most vegetables.

Hi Louise, is your autoimmune cookbook suitable for salicylate intolerance? Many thanks.

Hi Anna – my cookbook isn’t directly aimed at people with salicylate intolerances. I think you might find this article helpful on it if you haven’t read it: http://www.thepaleomom.com/2012/10/what-is-salicylate-sensitivityintolerance.html