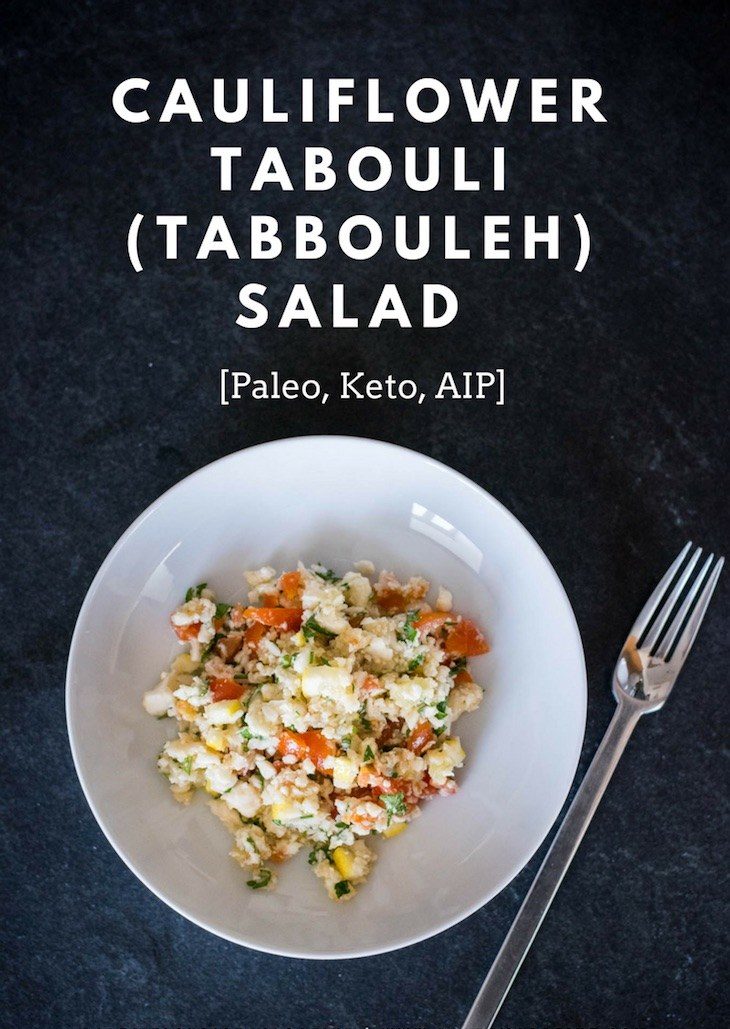 In this dish, I’ve replaced the grains (bulgur or couscous) with raw cauliflower florets that have been food processed into small pieces. This produces a texture that’s similar to couscous in texture and look. But I’ve kept most of the other traditional ingredients to produce a similar flavor.

This dish is Paleo as well as low carb (ketogenic). It’s a great side dish to serve to help you eat more raw vegetables.

To make an AIP (Paleo autoimmune protocol) version of this cauliflower tabouli salad that’s nightshade-free, just switch the diced tomatoes for diced beets. If you have trouble find beets, then radishes can be used instead. 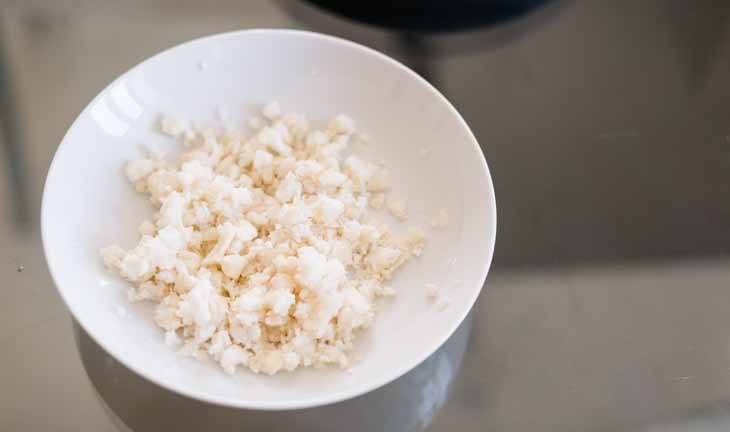 Add in the chopped parsley and mint leaves. 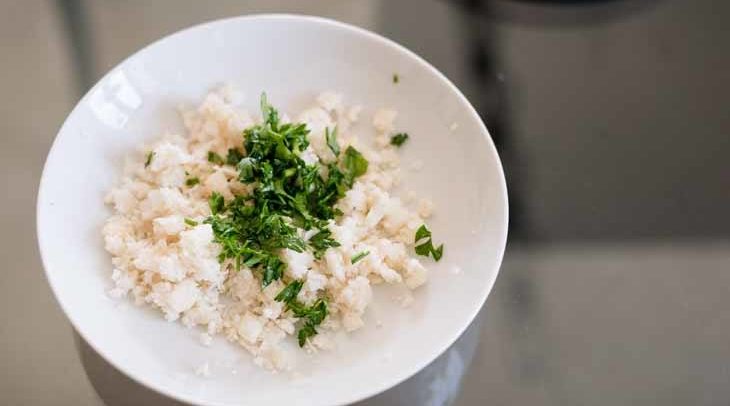 Chop up 1 slice of lemon with the peel on into small pieces and add to the bowl as well. If you don’t want the dish to have too citrusy of a flavor, then just add in 1/2 teaspoon of lemon juice instead. 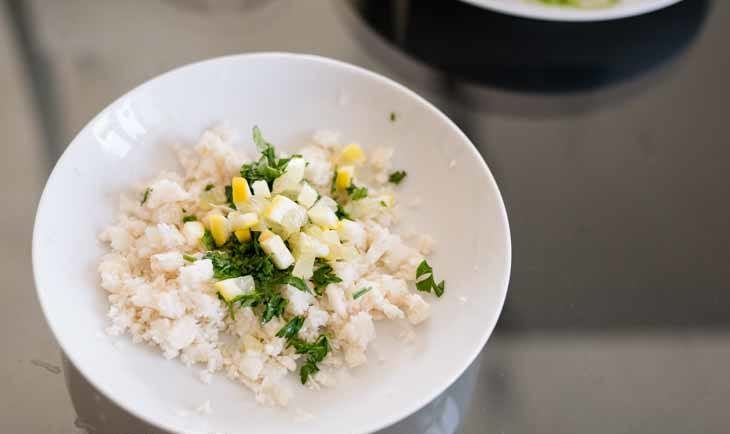 Chop the cherry tomatoes and add them to the bowl as well. 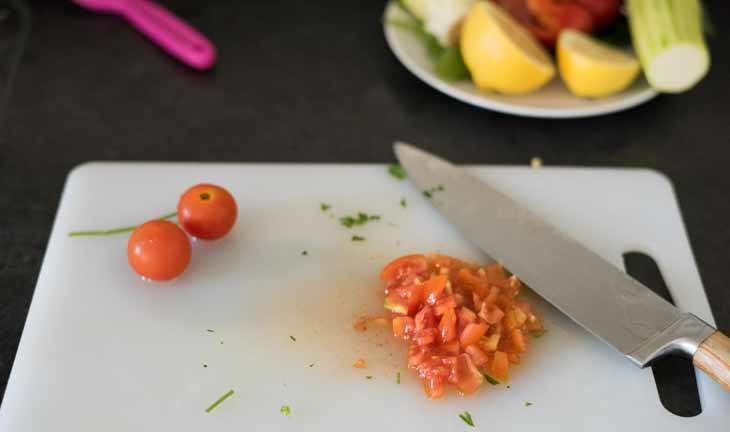 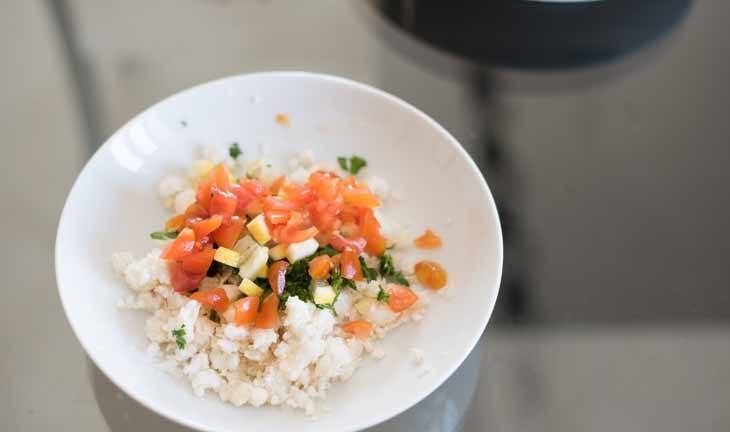 Add in olive oil and salt and pepper to taste. 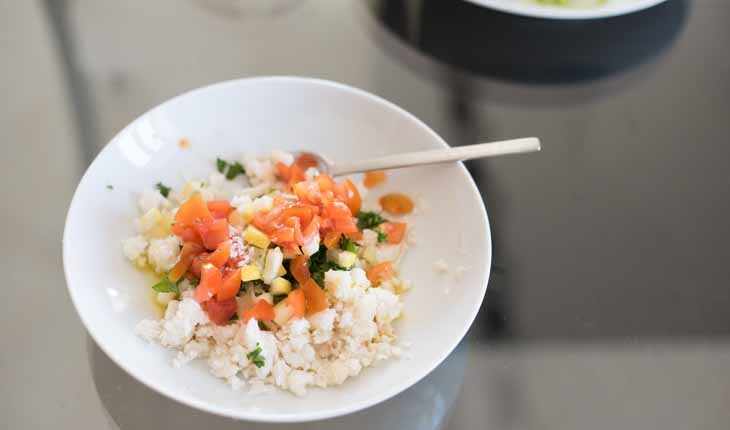 Mix well and serve as a side dish with your meal. 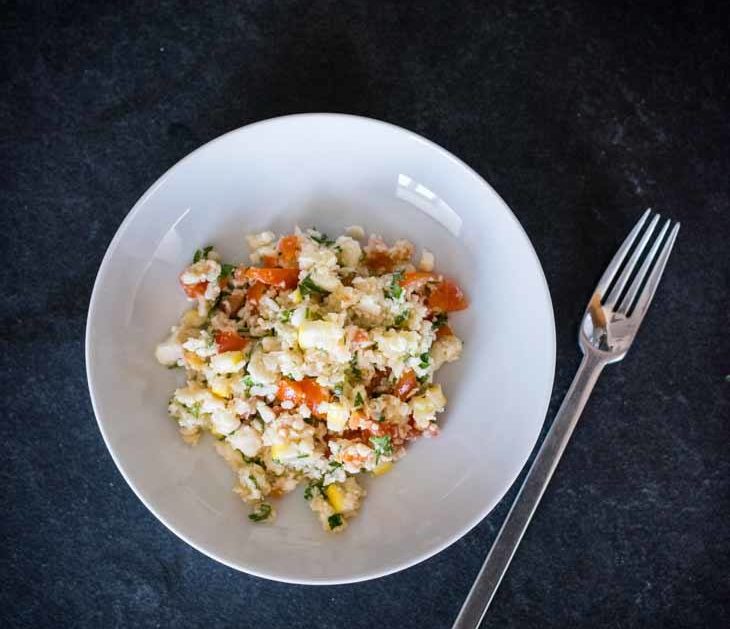