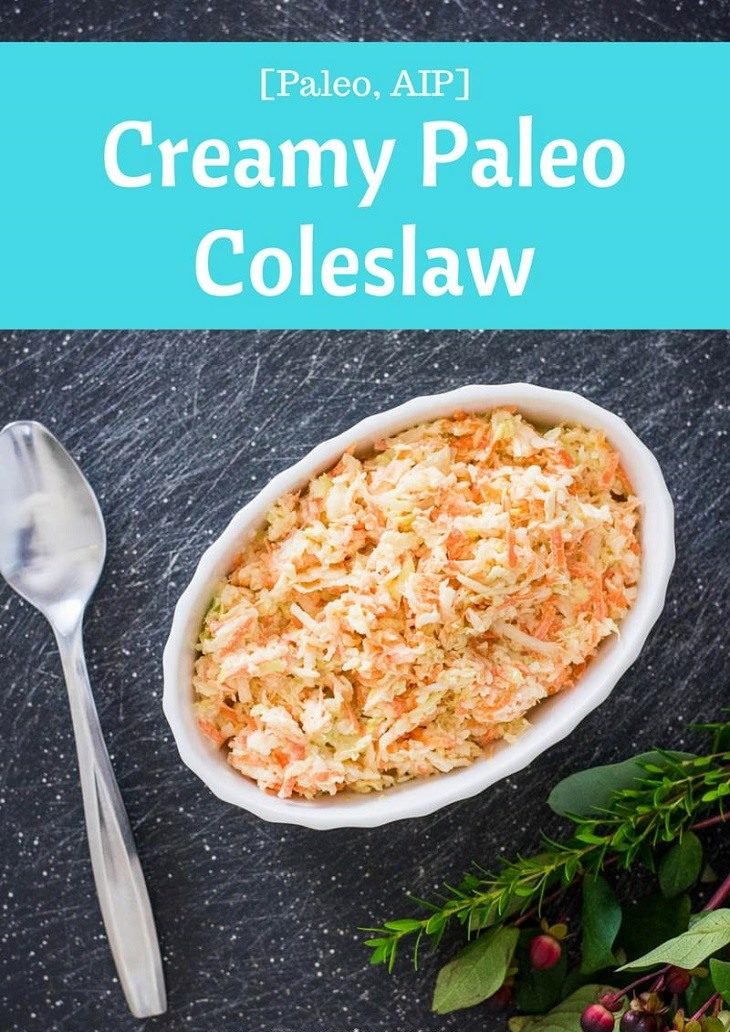 This Paleo coleslaw recipe makes an awesome side dish. We love to eat it with pork dishes in particular, but it complements just about anything. Unlike store or restaurant versions, this coleslaw recipe has no rancid vegetable or seed oils in the mayonnaise dressing. And if you’re on AIP (the paleo autoimmune protocol) or if you are allergic to eggs, then we’ve added in modifications to the recipe so that you can avoid those allergens.

The word coleslaw most likely originated from the Dutch word for cabbage salad (koolsla), and this cabbage salad dish was probably brought over to the US by Dutch immigrants several centuries ago. In fact, Dutch settlers in Albany during the 18th century are described as having “an unusual salad” made from thin strips of cabbage mixed with vinegar, oil, salt and pepper.

Today, there are tons of variations for coleslaw, with the most common ones in the US made with mayonnaise (which was likely invented in the 19th century in Europe).

According to Wikipedia citing The Joy of Cooking book, the only consistent feature of coleslaws nowadays is the fact that raw cabbage features as an ingredient – there are so many variations of coleslaw as you can vary the dressing and the additional vegetables/fruits used in the recipe.

The recipe below is a fairly typical coleslaw recipe with raw shredded cabbage, shredded carrots, and shredded onions. You can use green or purple cabbage or a mixture of both for this recipe. The dressing uses a Paleo mayo that you can make yourself or you can buy a pre-made avocado mayo that also doesn’t use any non-Paleo oils. If making your own mayonnaise sounds too complicated, then give our no-mayo coleslaw recipe a try.

This recipe makes a large batch of coleslaw that’s perfect for storing in the fridge to eat over a few days (keep the coleslaw in an airtight container). 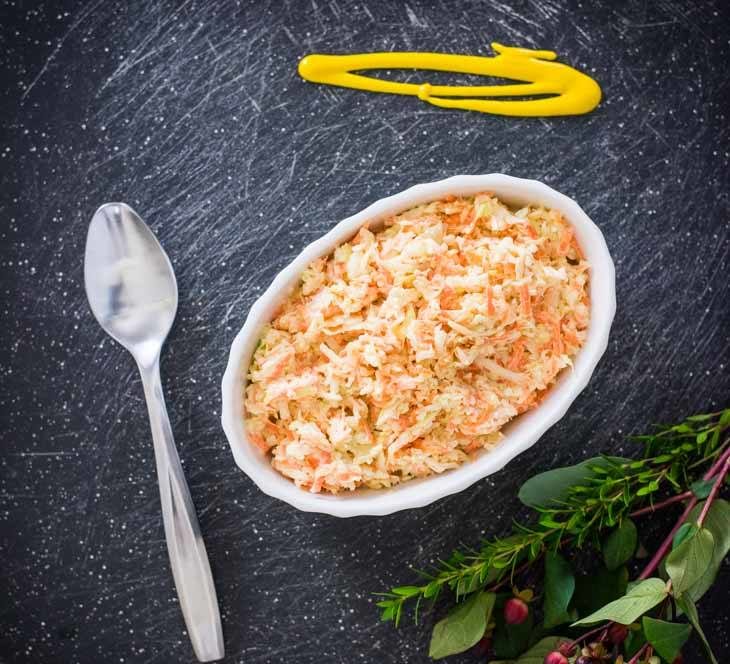