Is Soy Sauce Paleo? Bacteria, Wheat, and the Things You Don’t Know 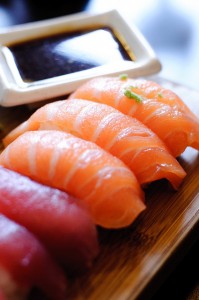 Soy sauce is at the heart of practically every Asian cuisine. It’s cooked into most Chinese foods, and it’s impossible to go to a sushi restaurant without seeing dozens of little soy sauce bottles.

Oh, and it’s delicious in all its salty glory.

Still, you’re Paleo and committed to improving your health and diet, so the big question is whether or not it’s good for you. And you have a sneaking feeling that the word “soy” in the name probably means that it’s on the blacklist of Paleo Don’t Eats.

What is Soy Sauce?

Soy sauce is a salty brown liquid that is added to various recipes. For example, most Chinese stir-fries will have soy sauce. And if you’ve ever had sushi, you would have dipped your sushi (or sashimi) in soy sauce.

If you don’t eat much Asian cuisine, then you probably don’t use soy sauce very often, although it’s very versatile and can be used for a variety of non-Asian dishes.

How is Soy Sauce Made?

To fully appreciate whether or not soy sauce is Paleo, we really need to look beyond just its name and think about both the ingredients and the process for making soy sauce.

But first, here’s a quick video, where I discuss most of the issues with soy sauce. 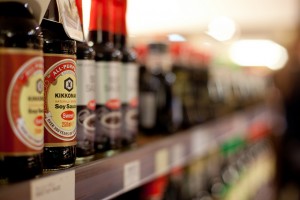 Soy sauce originated in China several thousand years ago (at least so far as we know).

Traditionally, it was made by soaking and boiling soy beans and then fermenting them for months in a brine (salt water). It’s actually this fermentation process that gives soy sauce its characteristic brown color.

After fermentation, the solids are removed, and you’re left with a dark brown liquid (soy sauce).

First of all, all modern soy sauces are pasteurized. This kills all of the bacteria in soy sauce (probably not a good thing, since those bacteria created through fermentation are likely pretty beneficial for us), and it makes the soy sauce more “shelf-stable” so that it can be sold and used for months or even years after it’s made.

Most modern soy sauce is actually made using an initial mixture of 1/2 soybeans and 1/2 wheat, both of which are cooked and then fermented. The fermented wheat adds extra flavor to the soy sauce, but it also deposits quite a bit of gluten (not something I’m very happy about).

Even soy sauces that don’t use 1/2 wheat almost always still include some wheat in the process.

If you visited many homes in China, you’d actually notice that they usually have 2 different types of soy sauce. On one hand, they’ll have a “regular” soy sauce (like those described above), which is used mostly for stir-frying dishes. On the other hand, they’ll also have a much darker soy sauce (called laochou), which is aged and contains added caramel and/or molasses, for use with meats and fish to make the food darker in color.

To be fair, there are a ton of different types of soy sauces, and the exact method and the exact ingredients will vary from brand to brand and from country to country.

As you can imagine, waiting months for soybeans to ferment is not something that large food companies like to do.

So in order to skip the months of fermentation and make the soy sauce even more shelf stable, some brands of modern soy sauce are made through acid-hydrolysis (a process that takes around three days). In this process, the soybean proteins are removed using hydrochloric acid and a variety of colorings and flavorings are then added in. 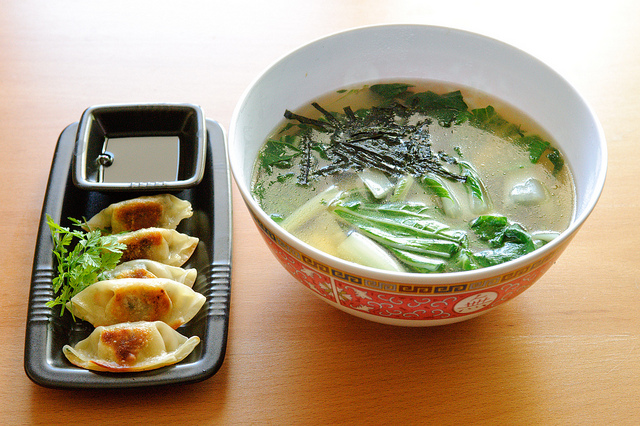 However, a soy sauce made from just soy (no wheat, sugars, or colorings) in the traditionally fermented method probably won’t cause you many problems.

If you recall from our article on Why Soy is the Worst Kind of Legume, soy contains a ton of phytoestrogens (in the form of isoflavones), which can cause problems such as “man-boobs,” infertility, etc. Luckily for everyone who loves Asian foods, soy sauce actually contains little or no isoflavones.

In other words, feel free to add a little soy sauce to your Paleo dishes occasionally, but make sure you buy gluten-free ones made in the traditional method.

Here are a few brands I recommend:

Also, here are a couple of recipes that are delicious with soy sauce:

I’ve got a couple other articles coming soon – Is Tamari Sauce Paleo? and What About Umami and Glutamates? Stay on the lookout for those, or sign up for our email list (below) to get updated when I publish those articles!

In the meantime… Do you use soy sauce? Do you find that when you eat it, you feel different or experience any problems? Let me know in the comments below!

I’ve seen on several Paleo recipes that people substitute Coconut Aminos whenever soy sauce is called for. Have you used Coconut Aminos?

Yep – we use both coconut aminos and also gluten-free tamari soy sauce. Coconut aminos are great – taste about the same – just a bit more expensive.

Are there any health negatives to Coconut Aminos? All I eat is Asian food!!!!
I love both Coconut Aminos as well as Braggs. Uh, don’t tell me Braggs is bad for me too!? (waaaahhhh)

Hi Jaden – I think Coconut Aminos are the best to use followed by tamari gluten free soy sauce.

Help! enjoyed your video and tried to subscribe, but there must be something wrong with the website, as it wouldn’t take my email address. Can you please help me get subscribed? Thanks.

What did you try to subscribe to? Our email newsletter or the magazine?

I’ve been using Coconut Secret “Raw Soy-Free Seasoning Sauce” as a soy sauce substitute and I love it. It tastes very similar to soy sauce and it’s organic, gluten-free, non-GMO and even vegan (not that I care about that one..lol).

Louise, I’ve been using Coconut Aminos and it works quite well for us. No noticeable difference. The only problem is Sprouts’ Farmers Market can’t keep it on the shelf so I stock up on it when I see it. But it’s nice to know I can use the Tamari sauce as well. Thanks!

I have been using Braggs Aminos. I had read something like this before. I started using Tamari also. But when I found Braggs at my local store I switched. Just because the original process isn’t really used any more. And theres is a lot more questionable stuff in sauces these days just to meet manufacturing standards. I guess I am putting a lot of my trust in to Braggs!!!

Haven’t used soy sauce for year because it sometimes has MSG which is pretty toxic for my body. Instead I have been either using fish sauce, which is way tastier anyway or I have made my own Dashi. I have even mixed the Dashi & the fish sauce. For me the flavor is way beyond soy sauce.