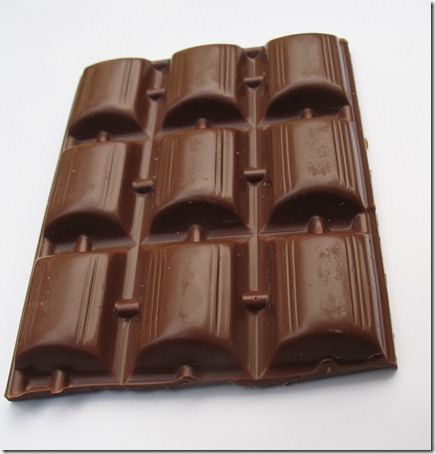 Why might individuals who report eating chocolate more often be more likely to be thin (not overweight)?

A.     Because overweight individuals are more likely to be on a diet, and therefore eat chocolate less frequently

C.     Because overweight individuals are less likely to honestly report eating foods that are perceived as “unhealthy”

D.     Because chocolate contains certain nutrients that make a person fuller and therefore less likely to eat as many calories of other foods

Answer: As you likely already guessed, it’s a trick question, since any of the 4 answers above are entirely plausible.  Rest assured that there could be many more than just these 4 explanations for why individuals who eat chocolate more often are more likely to be thin.

It seems, though, that the news media has a limited imagination for explanations, since almost every major news outlet has recently published an article proclaiming that chocolate may help to keep people slim, all based on one study.

Here is the study, and here is one such article from the BBC titled “Chocolate ‘may help keep people slim.'”

The study examined the diets of 1,000 people and found that people who ate chocolate more often tended to be slimmer.  The bold bit is the actual finding of the study, but judging just from news headlines, one would think that the study was able to conclude much more.

My point is not that any of the explanations I suggested above are true or accurate, although they are all at least possible.

The more important point is that the study doesn’t prove any of those 4 explanations.  In fact, the study can’t possibly draw any conclusions about the effects of chocolate on a person’s weight, because the study only makes observations rather than actually testing any theories.  We simply don’t have enough information.

Since we’re talking about the news media, let’s use an analogy involving the media.

Here’s my headline: “News Outlets only consider studies published on Mondays to be important!”

Is this true?  Probably not.  The fact is that most studies themselves are actually published on Mondays, so that’s when the news outlets report them.

However, if I were only observing the behavior of the news media, I’d never know if that were true or not.

The chocolate study really tells us next to nothing (smarter people than me, such as J. Stanton, have said the same of such studies many times).  And I’m not even interested in picking on the chocolate study.  There are plenty of worse studies getting cited on a daily basis.

I’m also not necessarily picking on the media.  As a journalist, their job is to sell a story, and they’re not going to sell much by titling their article “Chocolate Study Completely Inconclusive.”

Who am I picking on then?

I’m picking on anyone who thinks for a moment that eating any one particular food is going to make you healthier or help you lose weight.

Are some foods better for you than others?  OF COURSE.

Do some foods (e.g., soda) have almost no redeeming qualities?  OF COURSE.

However, if you think that chocolate is going to make you super lean and sculpted, you need an intervention.

Losing weight and being healthy is not easy, but it’s also not nearly so complicated as the media would like to make it out.  You already know that the 2 cookies you had for lunch yesterday and the fact that you haven’t exercised in a month are not helping.

Stop looking for magical cures and maybe the media will stop posting these ridiculous articles one day.

We can all hope, right?

I’d love to hear from you.  What do you find most frustrating or confusing about media coverage of health issues?  Do you even pay attention anymore?  Most importantly, how do you determine who to trust with respect to health issues?

The BBC article even states that the study only implies correlation, and that no cause or effect can be noted. Good job, interviewed scientist. Poor reporting, international conglomerate.