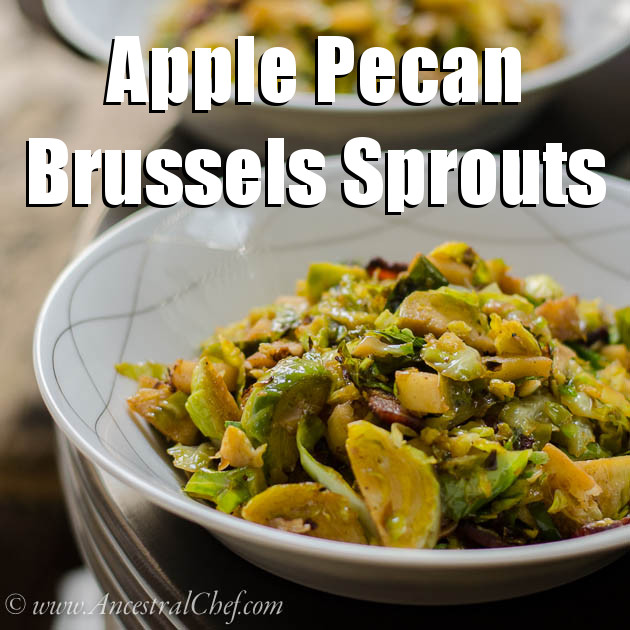 I love cooking my Brussels sprouts with bacon (recipe here), but I had cooked that same dish for several weeks already, and it was losing some of its appeal. So, I came up with a new fast and easy way of cooking Brussels sprouts.

I started off with cooking a few slices of bacon (chopped into bits), but you can skip this. I know bacon often gets a bad rap for being unhealthy, so check out this article for why bacon is Paleo but only if you search for the good bacon. 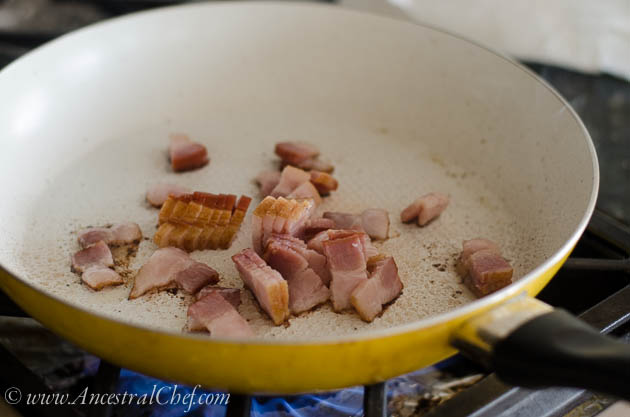 While the bacon was cooking, I chopped up a pound of Brussels sprouts, an apple, and some pecans 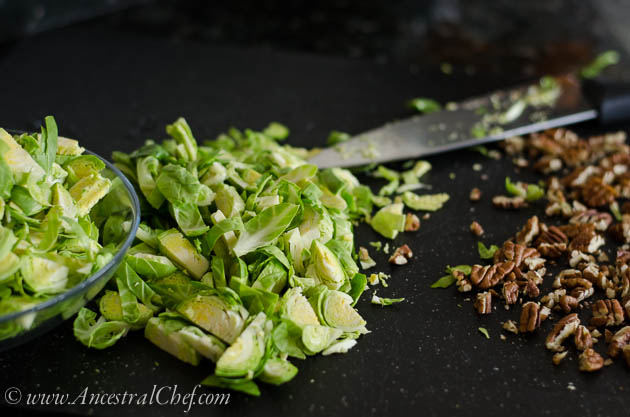 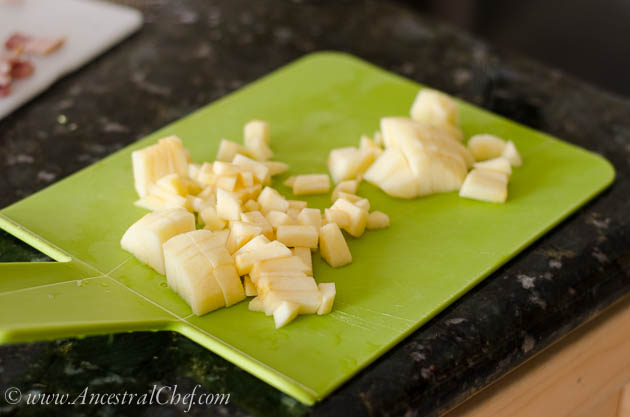 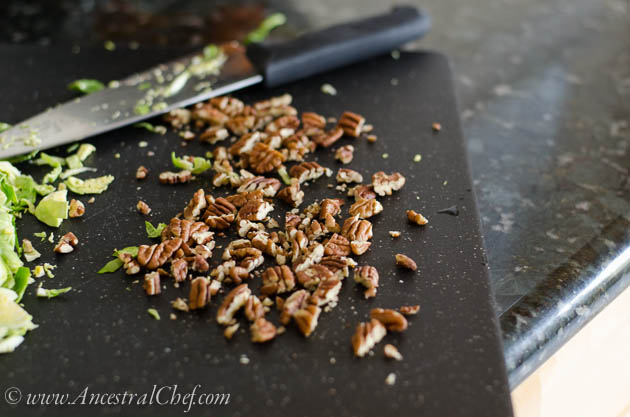 I added some more oil (olive or coconut) to the pan with the bacon (you can use bacon fat if you have enough of it). This article explains what to look for in a cooking oil, and why bacon fat, coconut oil, and olive oil are great options. Then I added the chopped Brussels sprouts, followed by the apples after 5 minutes, and then the pecans after another 5 minutes. 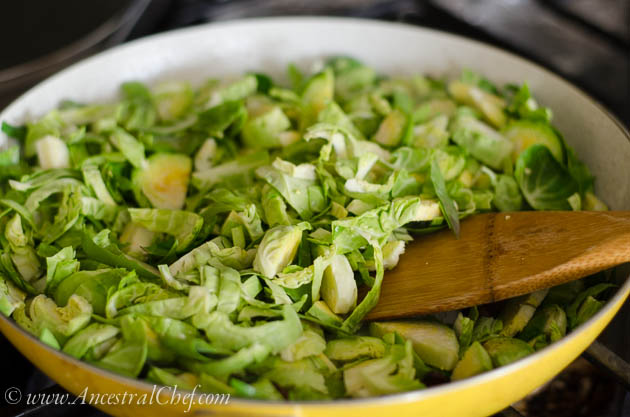 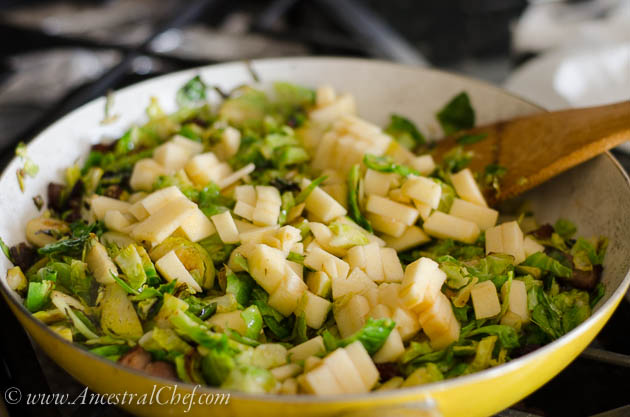 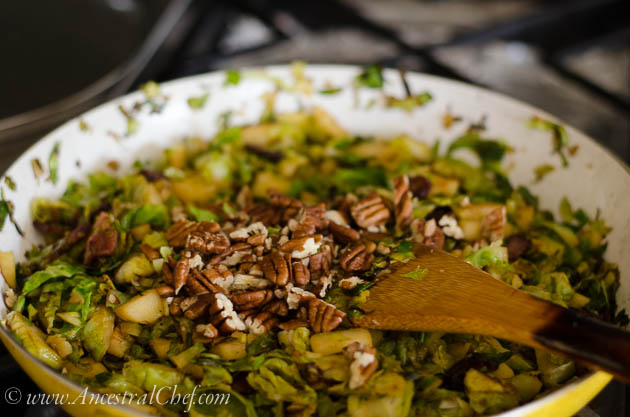 Cook until the Brussels sprouts are soft enough for your tastes. Season with salt to taste and serve.

Louise, Your site is a treasure of great recipes and
tonight I’ll reward myself with your apple pecan salad:) Me and my
husband just started out eating strict paleo and we’ve been
researching to find a solid meal plan and many people recommend the
“paleo recipe book,” reviewed on Tim’s blog
(timreviews.com/paleo-recipe). Do you have any experience or
opinion one that particular book with this? Thank you, Trâm
Anh

Thanks! I’ve seen that book before online, but I honestly haven’t heard of anyone buying it or using it. So, I’m afraid I can’t really tell you about it :(. I typically buy recipe books from other bloggers I follow, mostly because I trust them more.

I made this recipe for my family. It was absolutely delicious! None of us had every eaten apples and Brussels sprouts together. It was a very nice combination. This is a keeper.

Thanks Glynna! Glad you like it – my family loves it too 🙂

I have apples from my tree and Brussel sprouts growing in my garden. What a nice side dish! Will make it again!

Has anyone tried this dish cold? I’m wondering if I can make ahead and serve it without re-heating. It looks delicious!

Hi Rachel – I haven’t tried it cold, but from other similar dishes I’ve made and eaten cold, I would think this one would work fine cold (the only thing is that some of the bacon fat might solidify at cold temperatures which isn’t great visually or in the mouth).