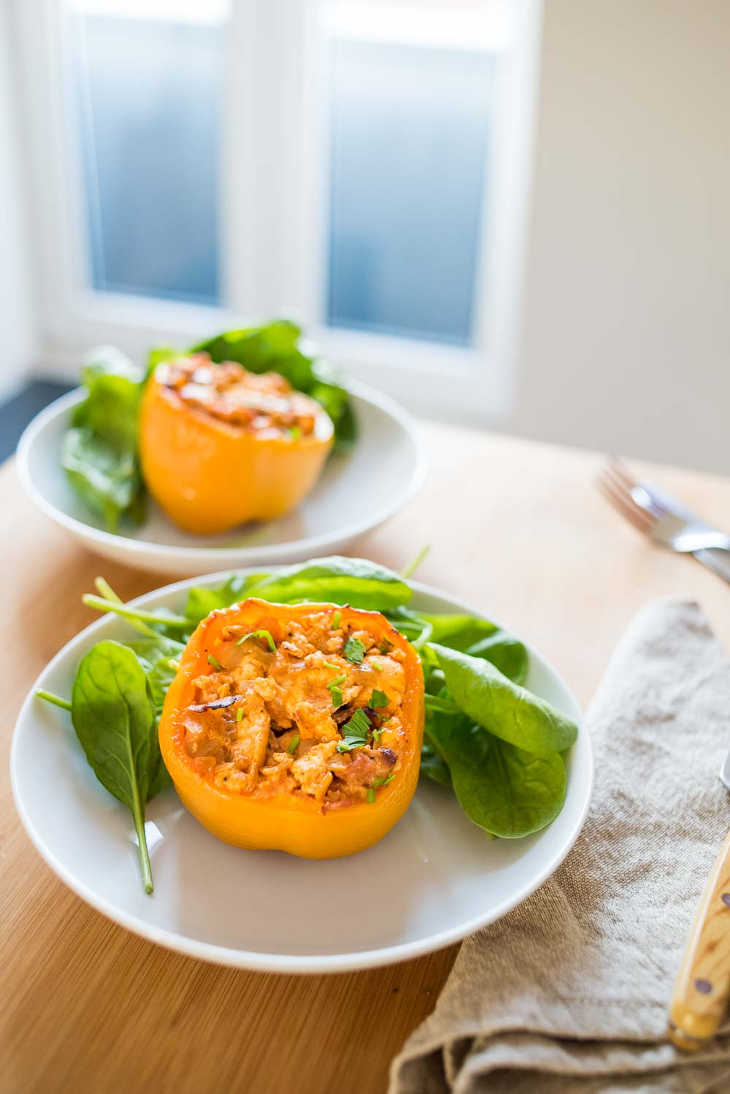 Stuffed peppers are a colorful, flavorful recipe that most everyone loves. Make this Paleo chicken stuffed peppers recipe for an enjoyable feast.

Why ‘Regular’ Stuffed Peppers May Not Be Paleo

You’re at the grocery store, and your favorite color of bell peppers is for sale. You’re all over making stuffed peppers.

As you go to place the peppers in your cart, you pause. Stuffed peppers are Paleo, right?

You’re not sure, but you really want some so they make a temporary home in your cart until you’re done shopping.

It seems like they should be, but as you scan various recipes you see a lot of non-Paleo ingredients.

White rice is a biggie. Obviously as a grain that common ingredient in bell peppers is out.

Tomato sauce can be OK, but that’s definitely a sneaky place to hide added sugar.

Many, many recipes include cheese. While cheese is a contested topic in the land of Paleo, some people choose to avoid it.

If you’re on the fence, try eliminating dairy for a while and see how you feel. Reintroduce it, and re-evaluate whether it has a place in your life.

How to Make Paleo Peppers

The good news is that even though some ingredients do not pass muster for Paleo, the most common ingredients in stuffed peppers are just fine.

Instead of ground beef, this recipe calls for chicken. If you’re partial to beef, you can definitely use that instead.

Chicken can be a little boring, so I livened it up by cooking it into some bacon and added onion. I spiced things up further with cumin and paprika.

I opted for tomato paste for this recipe. It gives you a nice strong tomato flavor, and there are plenty of varieties with no sugar added.

If you must have rice in your stuffed peppers, you can add cauliflower rice. I didn’t add it to this recipe, but it would be a fine addition.

You may want to pick up extra peppers if you’re going to add cauliflower rice because you’ll end up with extra stuffing.

Finally, I added a bit of Paleo mayo for some creaminess.

Much Ado About Bacon

This recipe really shines thanks in part to the addition of bacon. That ingredient may raise some eyebrows because many people are convinced that bacon is a contradiction to the healthy lifestyle you’re trying to achieve with Paleo.

If you dive into the nutrition, you’ll learn that bacon has some surprising benefits. Like many foods, it’s not all good or all bad.

Should you be eating it at every meal? No, probably not. But adding bacon to your dishes here and there is a great way to add big flavor and make your meals more enjoyable. 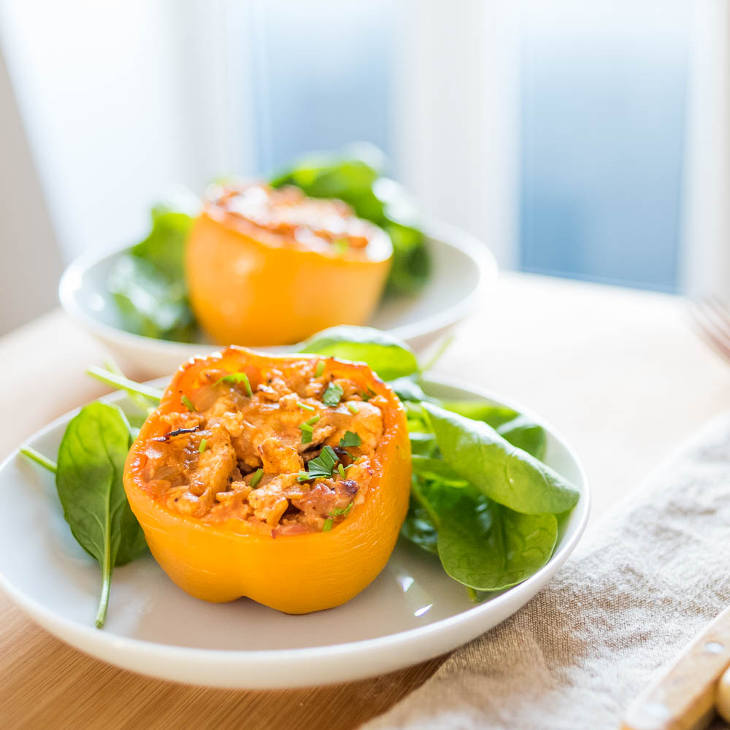