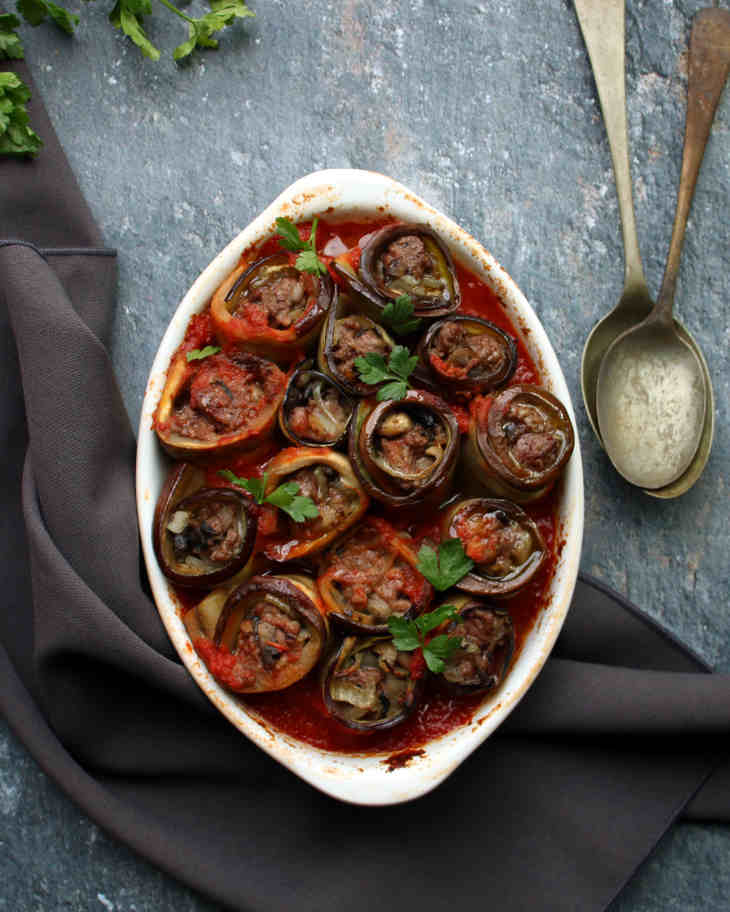 Want to stretch your beef budget farther? Make this tasty paleo eggplant beef casserole recipe. It uses only half a pound of ground beef.

I’ve got nothing against meat. Nutritionally, it has a lot of benefits, particularly in the protein department. It’s a good source of iron and amino acids.

If you can get organic and grass-fed beef, that’s a plus, but conventional beef is fine too if that’s not in the cards for you.

Either way, this recipe is helpful for those of you who are watching your wallet, because it only requires you to use a portion of the package of beef for this casserole.

Use the leftovers to make tasty burgers, or cook the beef to top a salad or put in an omelet.

Just because we’re cutting out a little meat doesn’t mean we’re tossing out the flavor.

Thinly slice eggplant to use as large lasagna-like noodles. A meaty, saucy mixture will be wrapped up into bundles of casserole joy with the eggplant containing everything else.

In addition to the eggplant, you’ll also include some onion and button mushrooms.

Mushrooms are pretty much the quintessential casserole ingredient. They’re great space fillers that assume the flavors around them.

They blend in super well and it gives you the feeling of eating more meat and sauce than you actually are.

Finally, just a bit of bacon amps up the flavor with its savory salty goodness.

Grow Your Own Casserole

If you’re a gardener, this is a great recipe for you. You can use up those extra veggies and have yourself a tasty dinner.

If you’ve got eggplant and mushrooms handy, you’re golden. If not, you can probably substitute veggies you do have on hand to make this dish work.

Zucchini springs to mind as a possible eggplant substitute. Salt them just like you’d salt the eggplant to pull some moisture out before assembling and baking them.

If you’ve got some tomatoes, you can make the tomato sauce yourself. That’s a much healthier alternative to most store-bought sauce anyway.

What is Paleo Anyway?

Ask 100 paleo people and they’ll give you 100 answers. There are some things most of us agree on, such as the importance of eating nutrient-dense foods.

If you’re looking at this recipe and others on the site, you’re off to a great start. If you’d like a little more guidance on our take on paleo, check out this article. 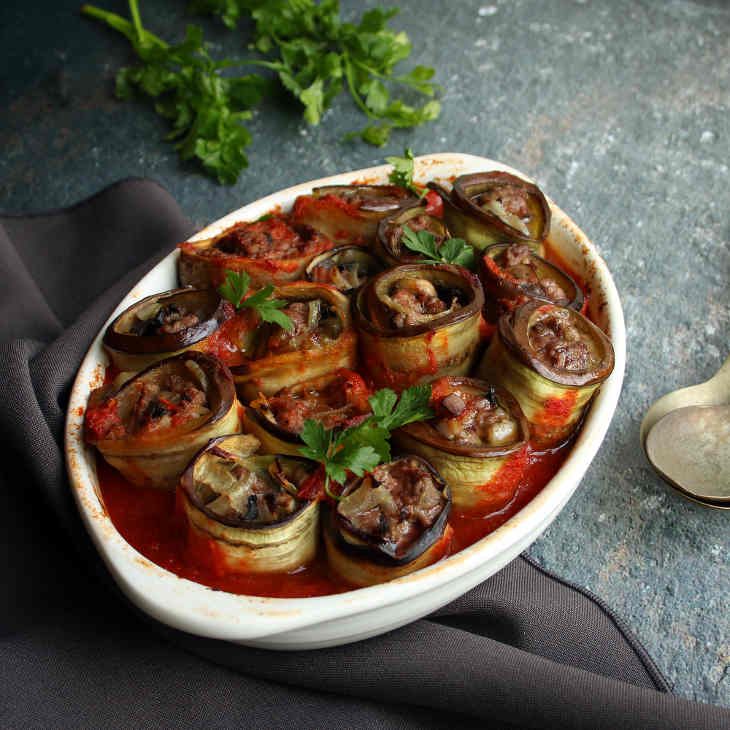