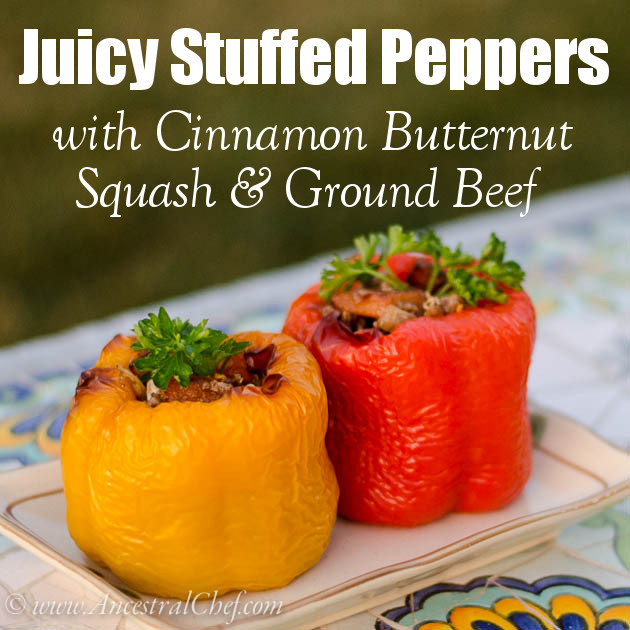 I started by cooking the bell peppers. I preheated the oven to 350F, and then using a paring knife, I took out the seeds and cut off the top from each bell pepper. If your pepper doesn’t stand up, then cut a very small slice from the bottom so that it can sit flat (see photo below). I placed the peppers on a baking tray and baked them for 30-40 minutes until they were thoroughly softened and juicy. 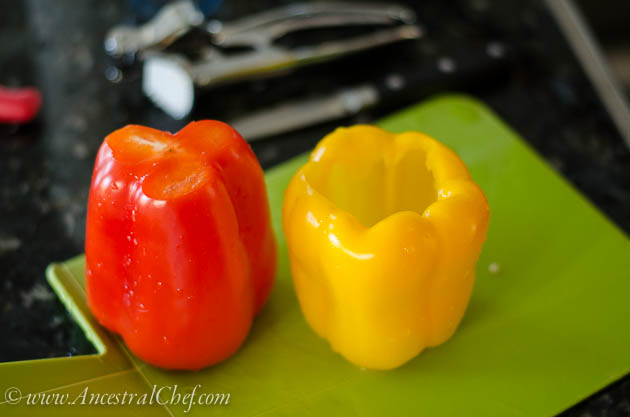 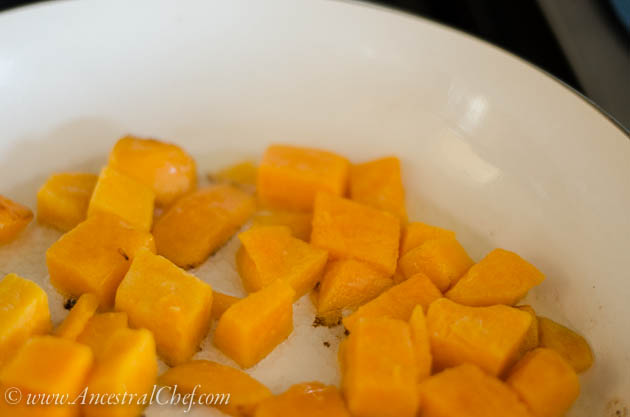 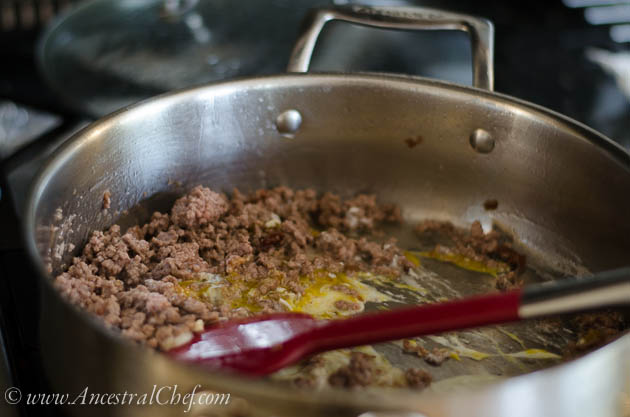 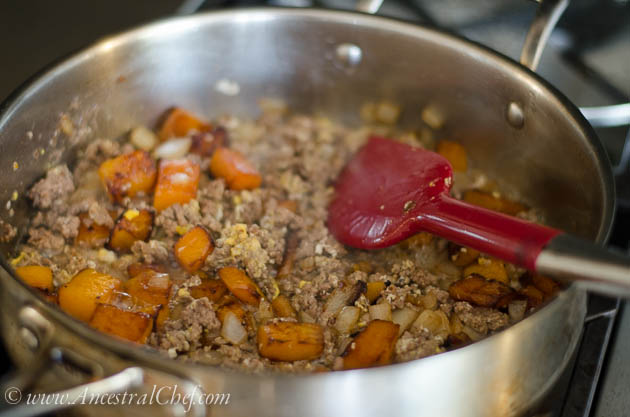 You can eat this butternut squash ground beef sauté just by itself, or you can stuff the sauté into the peppers after they come out of the oven. Garnish with some parsley if you want it to look extra pretty. 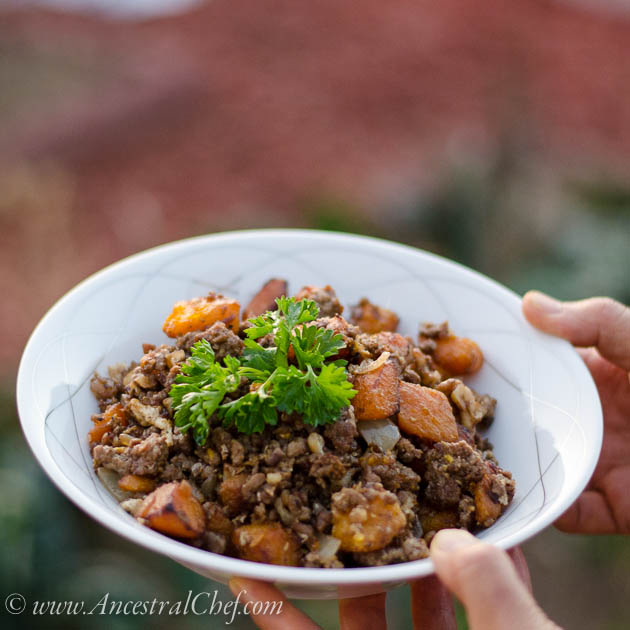 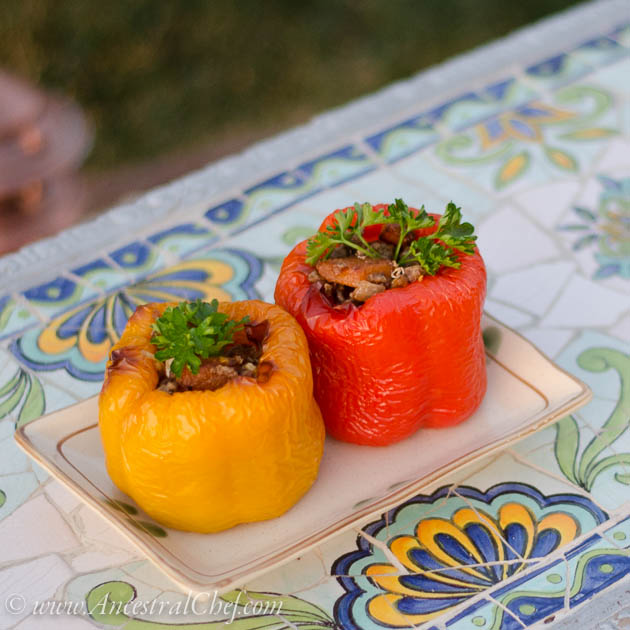 Sounds like you had great trip to India. The recipes you send are fantastic except as you know I can’t cook them and I have a stubborn husband that just does his own thing mostly so I didn’t print any recipes for that reason.
Keep up the good work but don’t tease me with something that I cannot do.love Joyce

This was SO good!! So much flavor and I thought it would be dry, but the butternut squash adds just the right amount of moisture. I didn’t see egg listed in the ingredients but it’s in the directions so I threw it in. I will be making this again soon!!

Thanks – I left the egg from the ingredients by accident. It’s been changed 🙂

This was interesting. Not a combination I have ever tried, but I liked it, more without the peppers. Great stand alone meal. Thank you for posting!