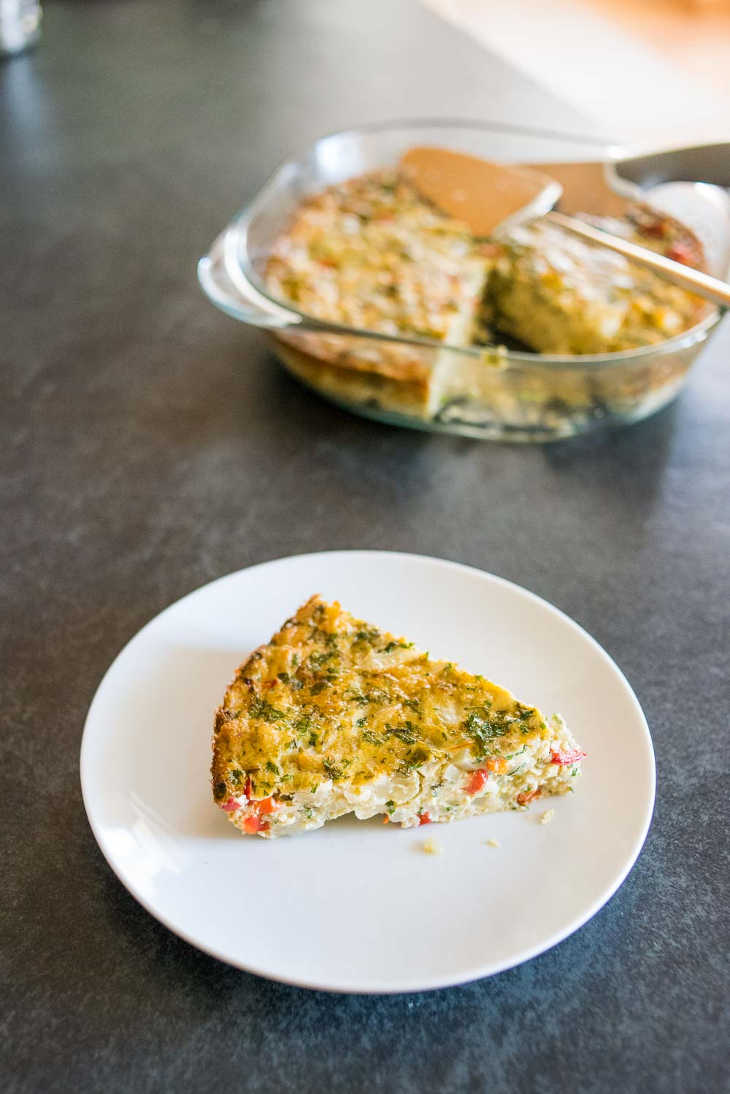 Oatmeal. Toast. Cereal. A lot of go-to breakfast foods get tossed out the window when you’re living paleo. Fortunately there are a lot of delicious foods that still pass muster.

The Spanish omelette (or Spanish tortilla) is an omelette consisting of eggs and potatoes. There are no potatoes in this recipe, however.

My inclusion of onions is one of great controversy. In Spain, the decision to add onion is one made in relation to the tenderness of potatoes available. For the paleo Spanish omelette you are making, it will add flavor and act as a stand in for the potatoes.

The egg-based staple can be found at nearly bar in Spain. One thing you won’t find in traditional Spanish omelettes is coconut cream. I find that adds some richness to the dish without adding dairy.

Additionally, this recipe includes bell pepper and cauliflower. These veggies add both color and flavor, even though they would probably be laughed out of a Spanish kitchen.

Oh, and one more side note. If you really want to keep things traditional, you can eat this dish cold. Many in Spain eat Spanish omelettes cold, as an appetizer.

I don’t want to sway you, but I will say that cold eggs aren’t my thing. But you’ll never know unless you try! 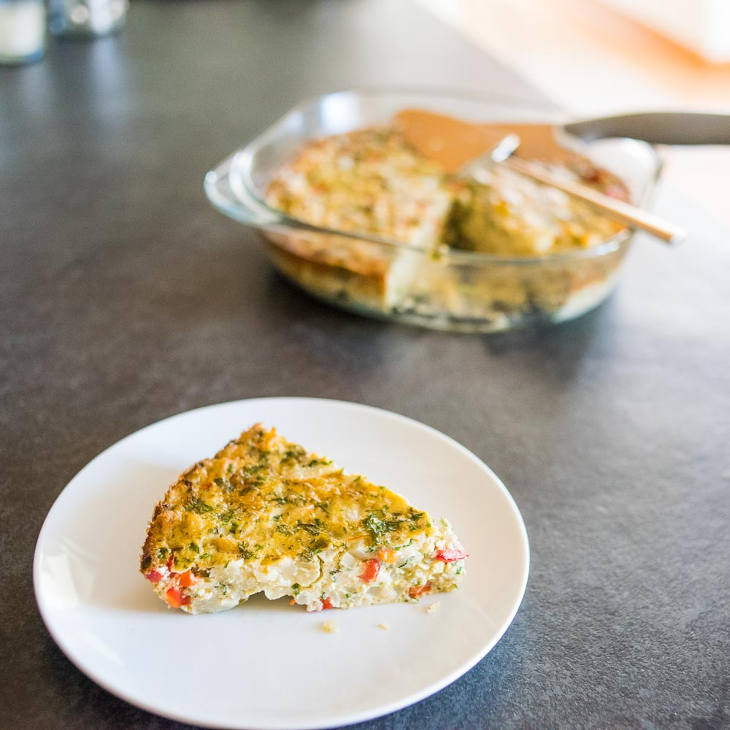