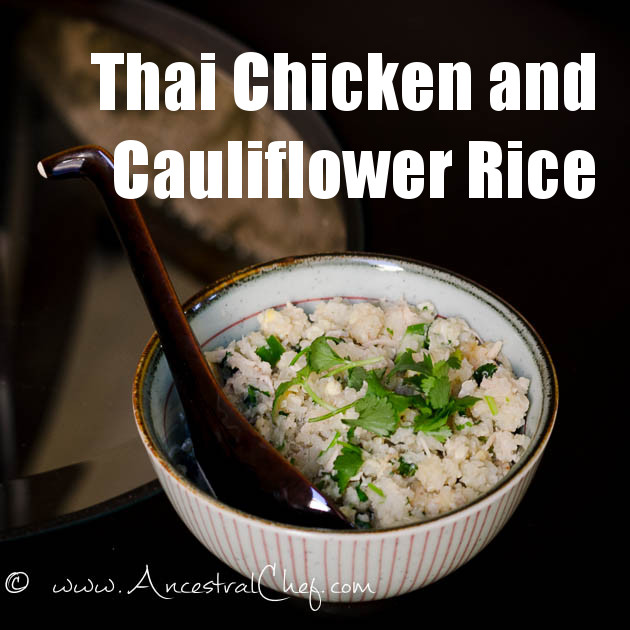 This is a really easy Thai Chicken and “Rice” recipe – I was inspired to make it after eating Thai chicken and rice (non-Paleo) at Nong’s Khao Man Gai in Portland.

How to Make Paleo Thai Chicken and Cauliflower “Rice”

I started by making the “rice” (by the way, I’ve posted several cauliflower rice recipes before here and here). I broke an entire head of cauliflower into small florets and food processed it until it became rice-like (I did it in 2 batches). Make sure there isn’t much water in the food processor or it’ll come out more like cauliflower mash! 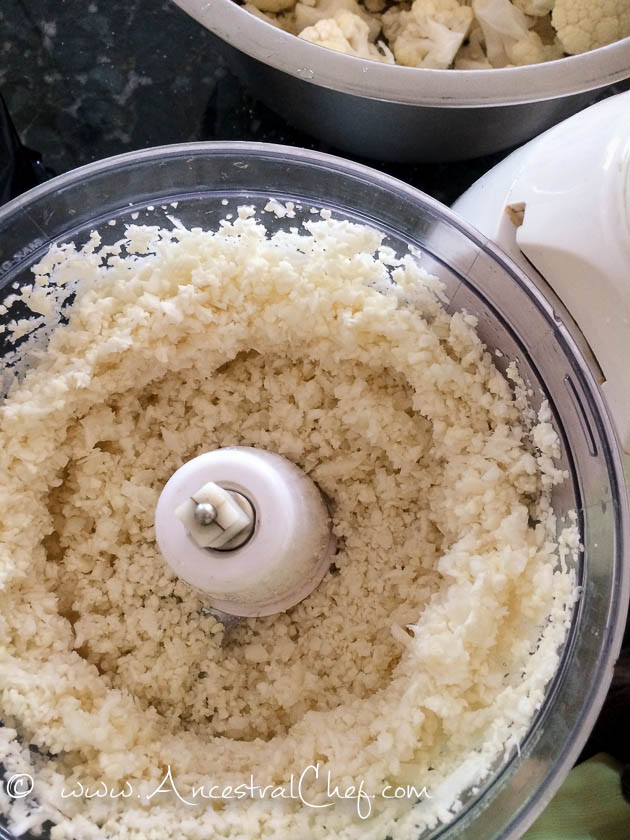 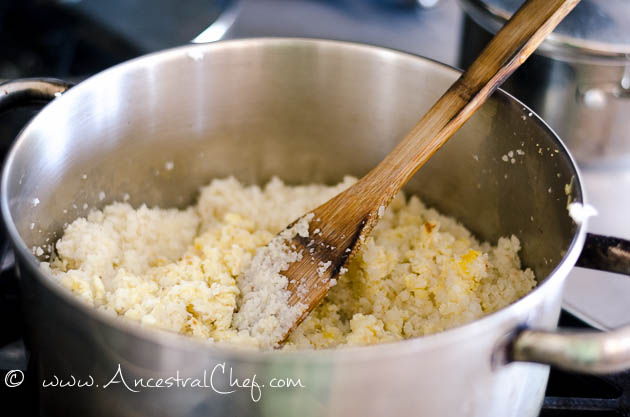 Then I spiced up the rice with some chopped chilies (can omit for AIP recipes), crushed garlic, and ginger. 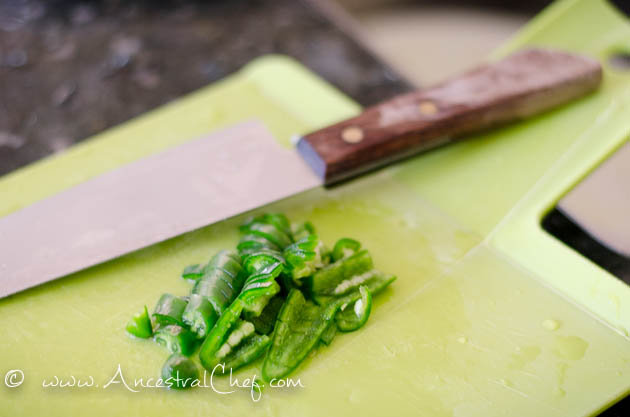 Shred chicken meat, and add to the rice when the “rice” is soft. 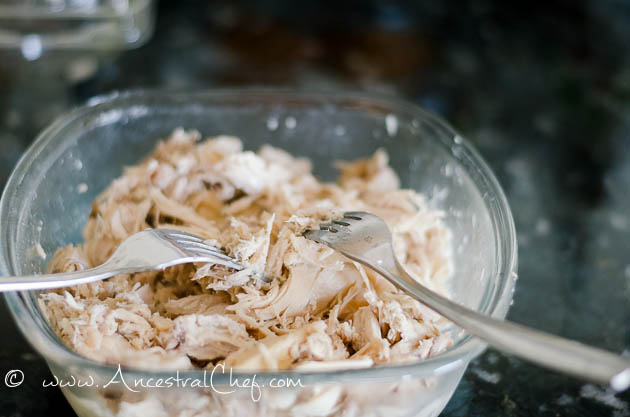 Last bit. Add in salt to taste (and tamari soy sauce – optional). Garnish with some chopped cilantro. It’s great to serve with a bowl of Thai chicken broth (recipe here) as well. 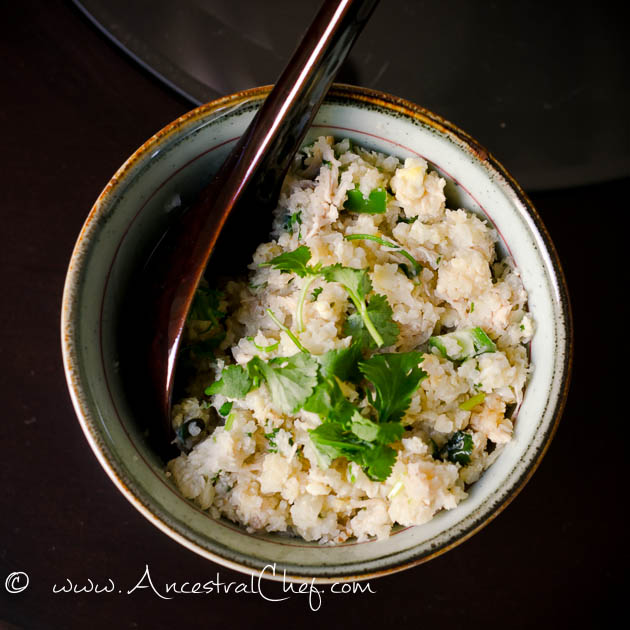 This is the best cauliflower recipe I’ve ever eaten. I’ll definitely be making this again!

I do not have a food processor…..any help in ricing the cauliflower without one?

Great question – I haven’t tried these methods, but 2 methods that I’ve read about that sound plausible are: 1) using a grater or 2) breaking the cauliflower into florets, lightly steaming them, and then chopping it up finely with a knife.

I grate mine with a stand-up grater

Awesome thank you both!!

Made this for dinner tonight…OMG, was this ever good. My husband could not tell me if it was rice or cauliflower.