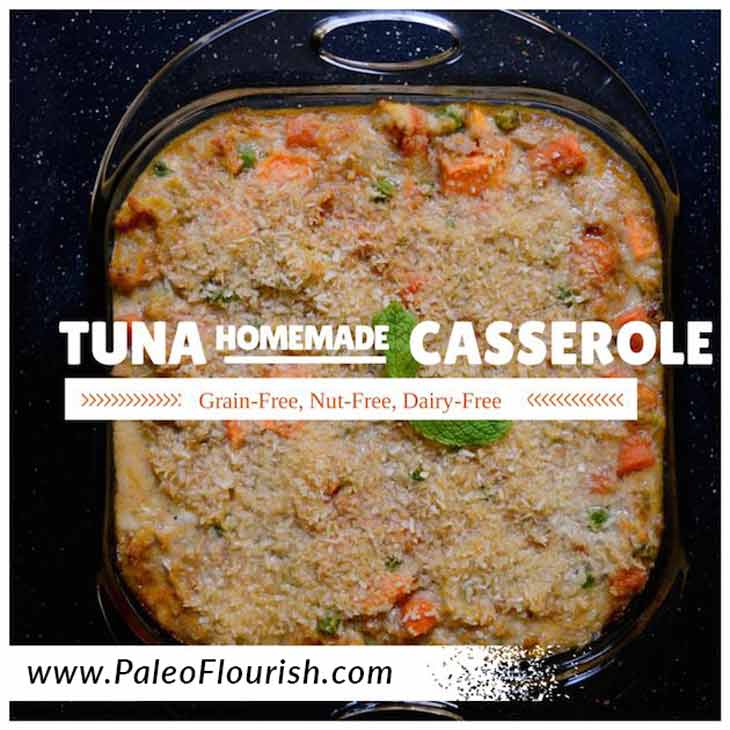 A reader emailed me a few months ago asking for a Paleo tuna casserole recipe, and I realized that I had zero idea what that was, having not grown up in the US!

What is Tuna Casserole

For those of you that also never had tuna casserole before, Wikipedia describes it as “a casserole mainly composed of egg noodles (or some other starch such as rice) and canned tuna fish, with canned peas and corn sometimes added,” and topped with something crunchy like potato chips.

The dish sounded similar to the fish pies I grew up with in England (I created a Paleo fish pie that was delicious – recipe here), and so I set out to recreate a Paleo version of the tuna casserole so that I could try it!

I started with the onion, sautéing it. Then I chopped up the vegetables. 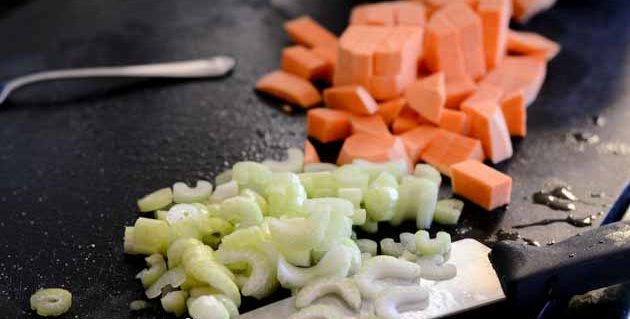 After mixing together the coconut cream with the egg and coconut flour, I added in the vegetables, spices, mixed everything together well and then poured the mixture into an 8 by 8-inch baking tray.

Lastly, I sprinkled shredded coconut on top (you can use coconut flakes instead) and baked it for an hour at 400F/200C (if you parboil the vegetables first, then you can decrease the baking time to around 30 minutes). 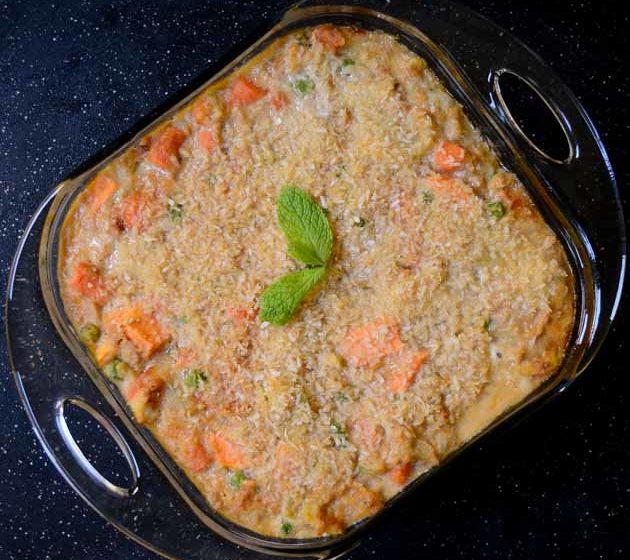 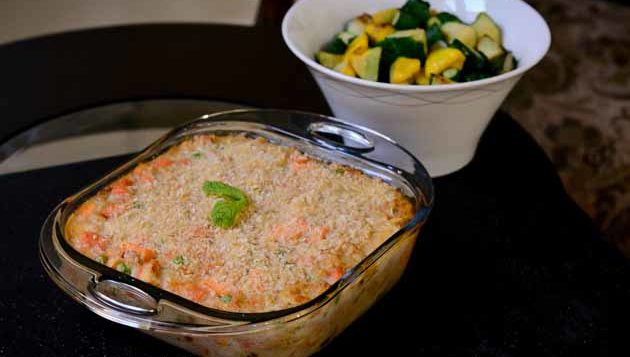 To cut the cooking time down, you can parboil the vegetables before adding them to the mixture. Then bake for around 30 minutes.

It’s delicious. At first I wasn’t sure about the combination of coconut and tuna but it turned out great. Thanks

It was quite good. I wasn’t trying to go dairy-free, so I used milk and cream. It’s not clear just what “2 cans of coconut cream” amount to, so I took a guess at 1 1/2 cups. That seemed a little thin, and I’ll add more next time.

Yum! It was excellent! Like my Santa Monica friend, I didn’t know what two cans of coconut cream meant either, and I went with one cup of water that I blended with shredded coconut.