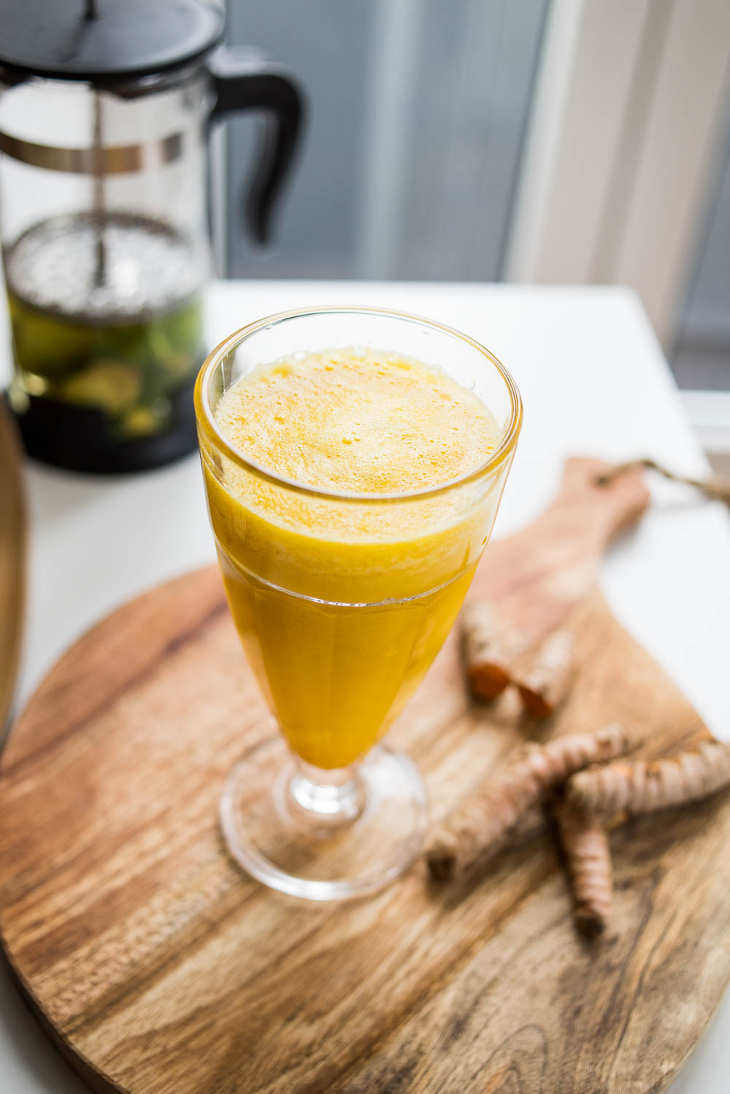 Dairy-filled milkshakes and sugary sodas are out! If you’re looking for a drink that tastes great without all the sugar, dairy, and preservatives, we’ve got you covered. This Paleo anti-inflammatory turmeric tonic is packed with ingredients that taste as good as they will make you feel. There is spicy turmeric, ginger and black pepper, which provide a perfect contrast to the tangy lemon juice and sweet-tart green apple. So if you’re getting tired of your same old smoothie routine, go outside the box with this refreshing tonic instead.

What Exactly Is a Tonic Anyway?

A tonic is something that gives a feeling of well-being or vigor. Tonics are often made with herbs or spices and have long been associated with traditional medicine.

Any tea or drink made with ingredients that benefit health like turmeric or ginger could technically be considered a tonic. A good rule of thumb is that a tonic should be made with health in mind first and flavor second. Of course, that doesn’t mean that all tonics taste bad. Just look at our turmeric tonic, which tastes great and is good for you! You really can have it all!

The Anti-Inflammatory Health Benefits of Turmeric and Ginger

If you could guess from the name of this recipe, turmeric has strong anti-inflammatory properties. This is because of a compound called curcumin which naturally occurs in turmeric [1]. Scientists have linked inflammation to a number of health problems including cancer and many other chronic diseases [2,3]. Eating black pepper along with turmeric greatly increases the amount of curcumin your body is able to absorb, so don’t skip the pepper [4]!

The ginger plant is actually closely related to turmeric. Just as turmeric contains curcumin which is responsible for most of its anti-inflammatory effects, ginger contains a similar compound called gingerol [5]. The anti-inflammatory properties of ginger have been widely studied by scientists. One study found that ginger was effective at reducing inflammation in people suffering with osteoarthritis [6]. Another study suggested that ginger may work over time to reduce muscle pain and inflammation [7].

Turmeric is such a great ingredient. Not only does it have so many health benefits, it tastes great too! Whether you bought a big jar of turmeric just for this recipe or you always have turmeric in your pantry, we have a Paleo-friendly recipe that features turmeric that you’ll love! 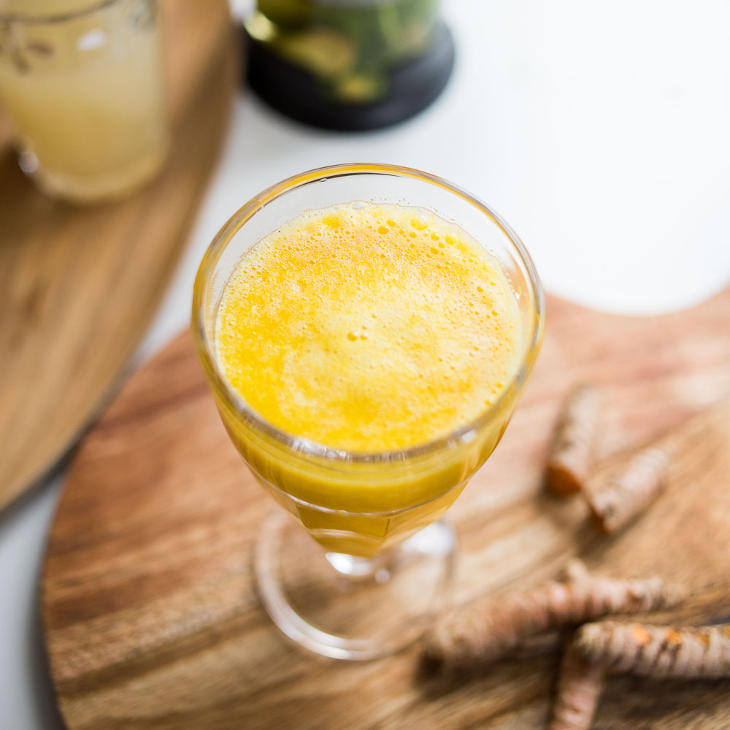 This tonic packs a punch of healthy goodness and kick.