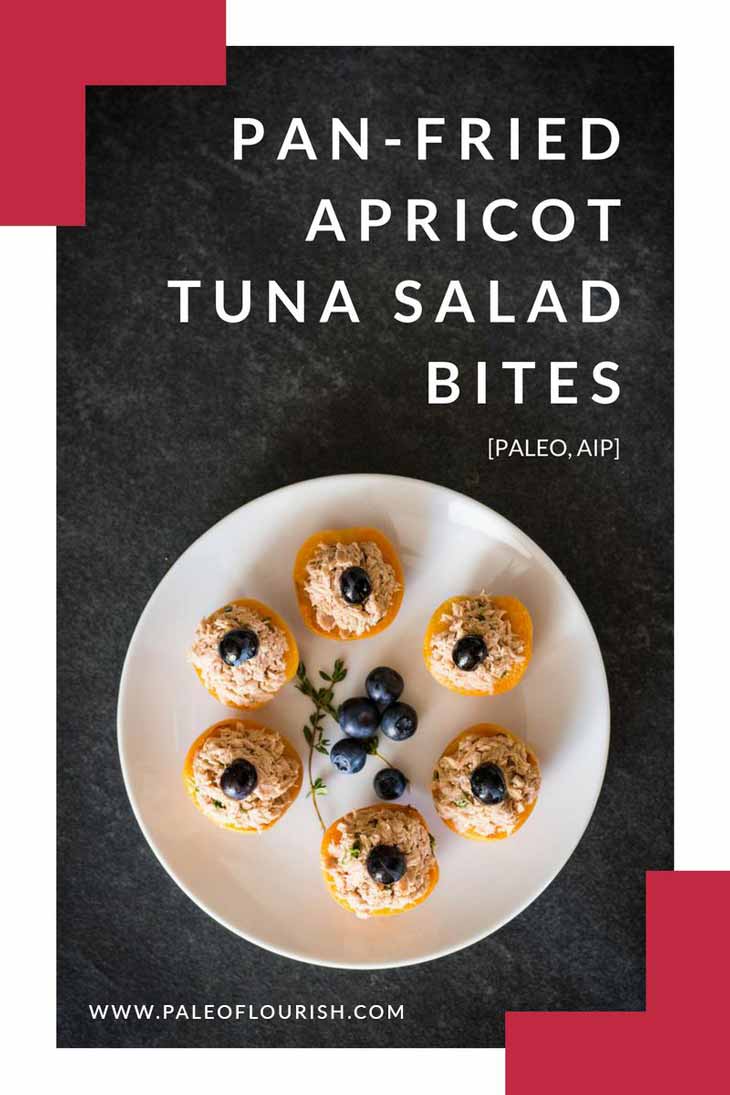 This is a colorful appetizer recipe that you can serve to guests at a party or make as a snack for when you’re hungry. It’s easy and quick to throw together so this could become a simple go-to recipe for you.

All the ingredients in this recipe are completely Paleo and autoimmune-friendly (AIP). Use ripe apricots if you can find them – they still taste pretty good even if they’re not that ripe. If you’re not on an autoimmune protocol or allergic to eggs, then you can use mayo in the tuna salad instead of just olive oil for a moister tuna salad filling. 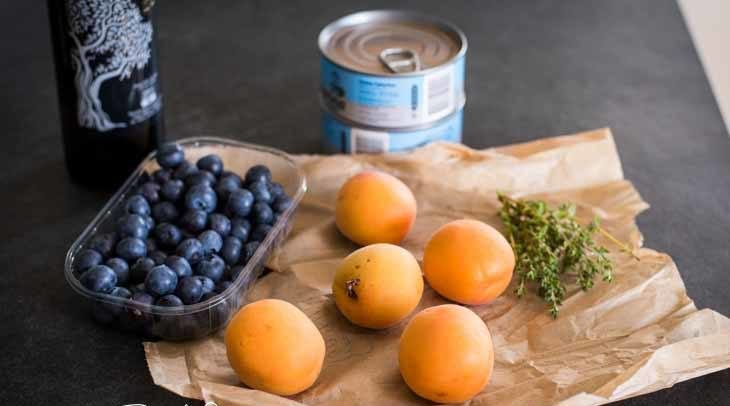 Slice the apricots in half and remove the stone (it should come out pretty easily). 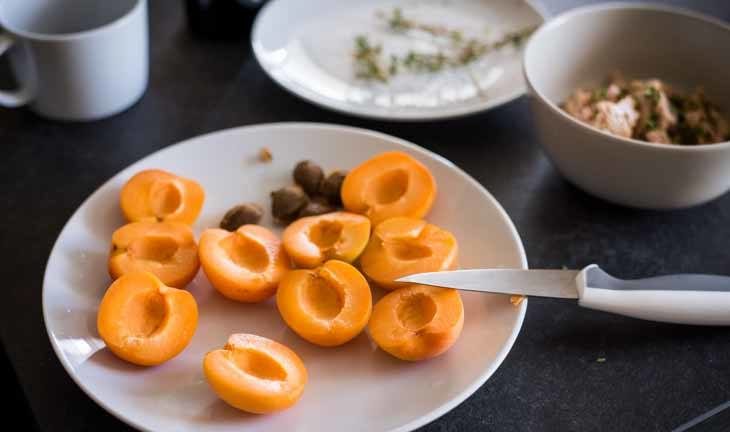 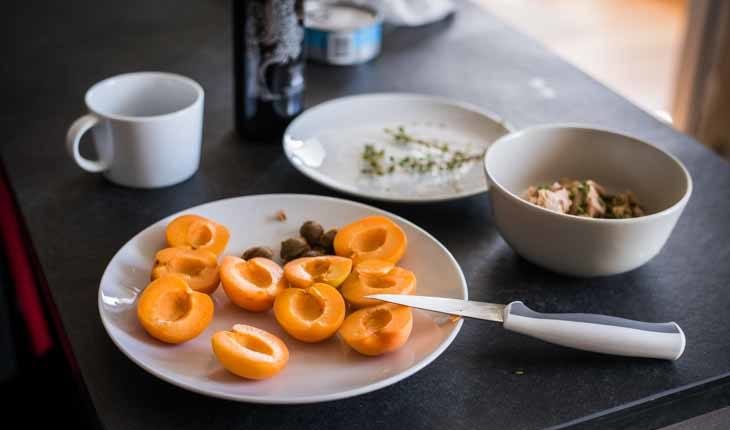 Drain the tuna and place into a bowl and mix with the thyme leaves and olive oil. Add in sea salt to taste. Flake the tuna well.

Place some olive oil (or coconut oil) into a frying pan on high heat. Place the apricot halves cut side down in the oil (be careful not to splatter the hot oil on yourself). Pan-fry the apricot halves for 2-3 minutes to brown them. 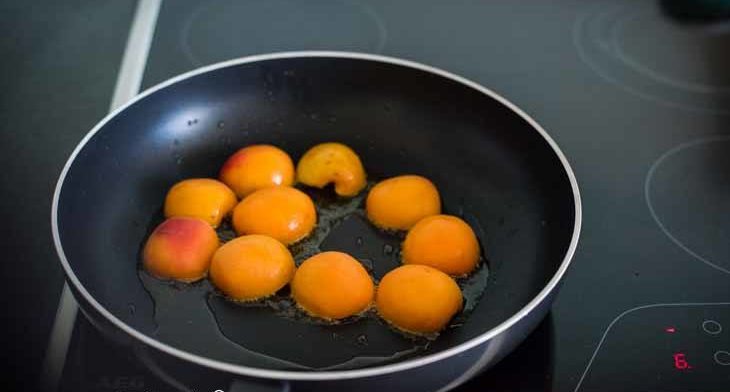 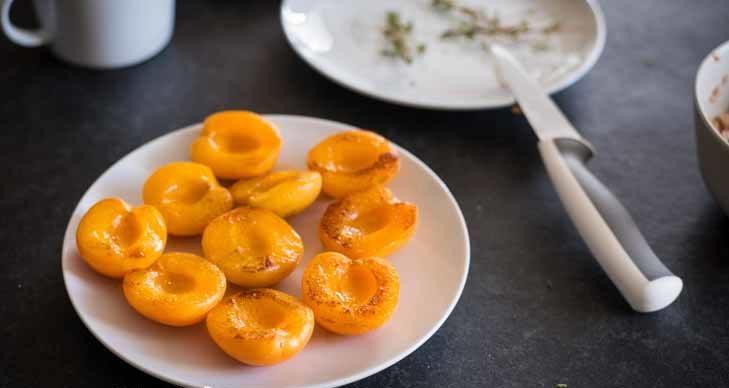 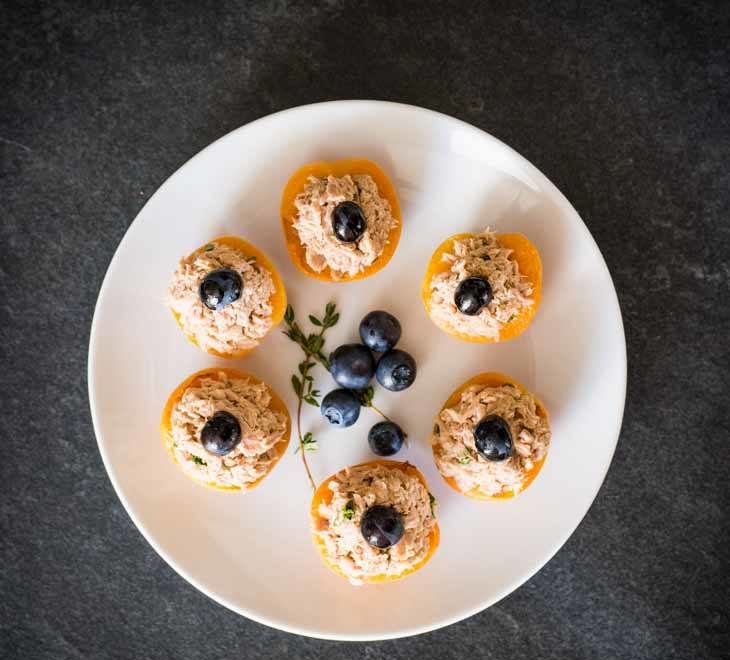