Home » Blog » Healing and Natural Health Treatments » Weight Loss » The Paleo Lifestyle and Diet: Being Eaten by a Lion and Losing Weight

The Paleo Lifestyle and Diet: Being Eaten by a Lion and Losing Weight 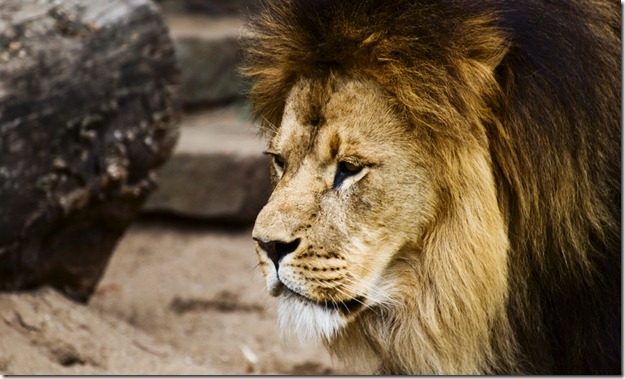 It’s not uncommon to hear critics say that the Paleo diet is a “fad” or simply weird or ridiculous. However, despite all of the criticism, more and more people are adopting the Paleo diet. In addition, a growing body scientific research supports and underpins the core principles that make up the Paleo diet.

What, then, are the core principles of the Paleo diet and lifestyle? And why have so many people chosen to adopt it?

Although many Paleo experts emphasize the need for change in various aspects of the modern lifestyle (stress, sleep, exercise, etc.), Paleo is first and foremost a diet centered around food choices.

The core dietary principle of Paleo is that modern humans should attempt to eat more like our ‘cavemen’ ancestors. No matter where your ancestors originated from, it wasn’t until pretty recently that humans were able to eat certain foods. For most of human existence, foods such as processed sugar, as well as wheat, rice, and other grains were not able to be eaten by humans.

What should someone eat if they want to adopt a Paleo diet?

Basically, most Paleo experts encourage us to eat a lot of unprocessed meats and vegetables (especially green leafy ones), along with small amount of fruit and nuts. If you think about it, these recommendations are not all that surprising – after all, how many people really think that cakes, cookies, breads, and sodas are particularly healthy? Very few of our mothers or grandmothers would have encouraged us to eat our bread and soda at every meal.

One of the main complaints about the Paleo diet is that preparing unprocessed meats and vegetables can take a lot of time. After all, we don’t actually live in the Paleolithic area, where our primary concerns would be hunting and gathering food and escaping predators. We all have high-stress jobs and kids to take to soccer practice.

That’s why many Paleo diet practitioners adopt a more flexible diet. If you’re able to cook your own food every day, then kudos! However, if you don’t have the time, then there are more and more ready-made “Paleo” products being made available for purchase. These products range from Paleo cereals to Paleo diet drinks. As the diet grows in popularity, more and more of these products are becoming available.

B. Exercise (and Movement) 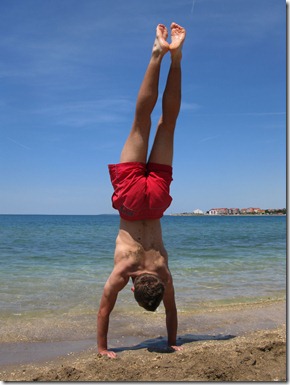 Besides the dietary aspect of Paleo, most experts recommend also trying to be more like our ancient ancestors in terms of exercise.

In particular, our ancestors rarely sat in one place for very long – very unlike we modern humans do for 8 or 10 hours in our office jobs. When possible, Paleo practitioners try to move around more during the day, rather than sitting for a prolonged period of time. Unfortunately, this is one of the aspects of the Paleo lifestyle that is the most difficult to actually implement, since most of our bosses wouldn’t appreciate us getting up from our desk every half-hour to stretch, walk around, and do a few squats.

Although many of us can’t adopt that aspect of the Paleo lifestyle, there is another aspect that is easier to fit in. If you picture life in the Paleolithic Era, then it probably involves images of running from lions and bears and also images of chasing and hunting deer and wild boar (or similar animals). The common theme to these activities is that they required our ancestors to exert a lot of energy and strength in a short period of time. These activities didn’t require our ancestors to run for an hour or to be continuously exercising all day.

Many Paleo dieters seek to replicate this sporadically but intensely active aspect of our ancestors’ lifestyle. One way that this is done is through a program known as “CrossFit.” CrossFit is a brief, high intensity workout involving a lot of strength training and emphasizing “natural” movements. Many of the movements involved in CrossFit workouts seek to imitate the movements often performed by humans in a natural environment (i.e., not sitting in an office chair!).

CrossFit exercises are very diverse, but some examples include pull-ups, squats, and deadlifts. In each case, our ancestors probably didn’t do these exact exercises, but the exercises approximate movements that they did do. If our ancestor wanted an apple or coconut high in a tree, they probably had to pull themselves up the tree to get it. If they wanted to move a big rock or create a temporary shelter, they needed to be able to push heavy objects around to do it. Likewise, if they killed an antelope and actually wanted to get it back to where the rest of their tribe was, they were going to have to lift it off the ground in order to carry it.

Conversely, although our ancestors were in pretty good shape and could probably jog for quite a while, it’s unlikely that they did so particularly often. One doesn’t “jog” away from a dangerous animal or after a fast-moving meal. In addition, continuous work-outs that take several hours and occur several times a week can cause severe inflammation in our bodies and often lead to overuse injuries.

Weren’t our ancient ancestors stressed? Surely when a hungry lion wandered by, our ancestors got a little worried, right?

Of course our ancestors got stressed. However, it was most often what’s called “acute” stress. In other words, the stress was severe, but it was very short-lived. Either you got away from the lion or it ate you. Either way, you weren’t stressed for very long.

Paleo experts emphasize that the modern human faces a lot more “chronic” stress. We may not be quite as worried about our job or our bills as we would be about seeing a hungry lion, but the stress our jobs and bills cause never ends. Having this sort of chronic stress actually does physical damage to our bodies because of the hormones that constantly get released as a result. Like the Paleo dietary advice, this is not particularly surprising, since most of us know that we feel much worse physically during times when we’re constantly stressed.

Getting rid of the chronic stress is the hardest part, but many Paleo practitioners find that eating better, exercising well, and just paying attention
to what stresses them help to begin relieving some of that chronic stress.

Most cavemen slept a healthy 9 hours while the sun was down. After all, it’s pretty dangerous in the dark.

Paleo experts suggest that we all sleep when the sun sets and wake when the sun rises, perhaps by using thick curtains to ensure that street lights don’t disturb our sleep. This is not controversial for the most part, but many people don’t know just how much lack of sleep can affect their lives. From heart disease to weight loss, lack of sleep has been scientifically shown to negatively affect almost all aspect of our health.

Now that you know all about the Paleo diet and lifestyle, what do you think? Is eating more vegetables and fewer cookies ridiculous? How weird is it to suggest sleeping for 9 hours every night? Does it really defy common sense to exercise in ways that mirror movements we might need to use in our every-day lives?

Perhaps mirroring some aspects of the caveman lifestyle isn’t so crazy after all. Cavemen may have died early due to a lack of medicines and many natural dangers, but they didn’t die very often from cancers or diabetes-related illnesses. Many of our modern-day foods, exercises, and stresses combine to put our minds and bodies into situations that we simply were not designed to handle. Perhaps one day we will evolve to easily digest grains and work for 72 hours straight without sleeping, but sadly(?), that day has not yet come.