Upscale Paleo – Steam Your Own Lobster 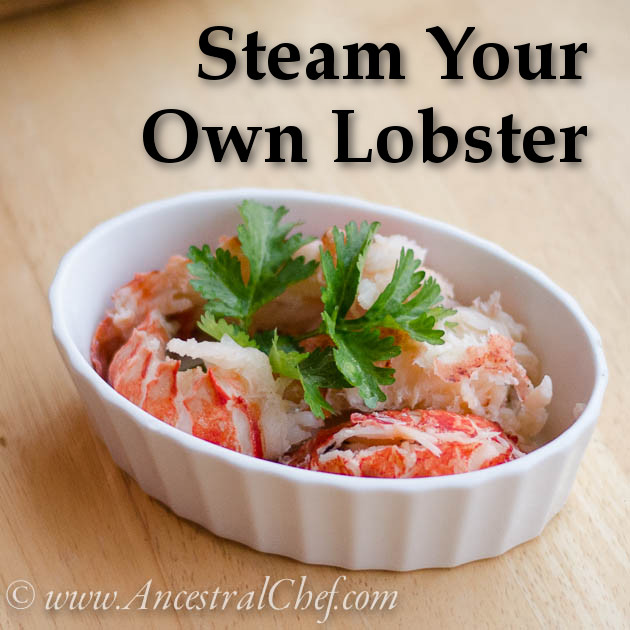 Does the thought of buying and cooking lobster terrify you?

It’s such an expensive food, and if you mess it up, then that’s tons of money down the drain!

I used to think that way too – I even hated ordering it in restaurants because it was so ridiculously expensive and I was always afraid it wouldn’t be cooked just perfect!

So, what made me change my mind?

How do you cook lobster without messing it up?

The essential part to cooking good lobster is not overcooking it. So, below is a detailed but very simple recipe for steaming all 4 lobster tails (after it’s been defrosted). It’s simple as long as you have a timer! 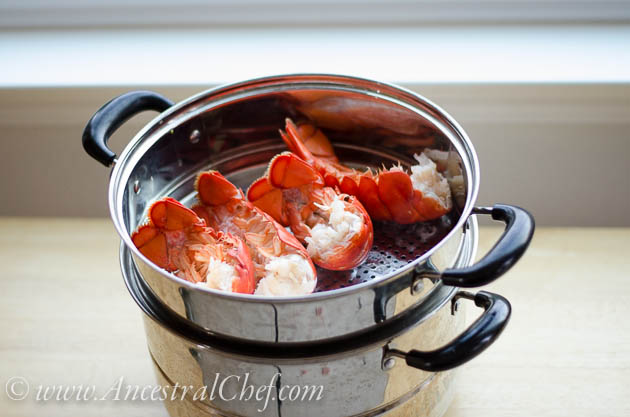 Make a long slit in the underbelly of the lobster before cooking it. Use a good paring knife for this. This just makes it much easier to remove the meat from the lobster after it is cooked. 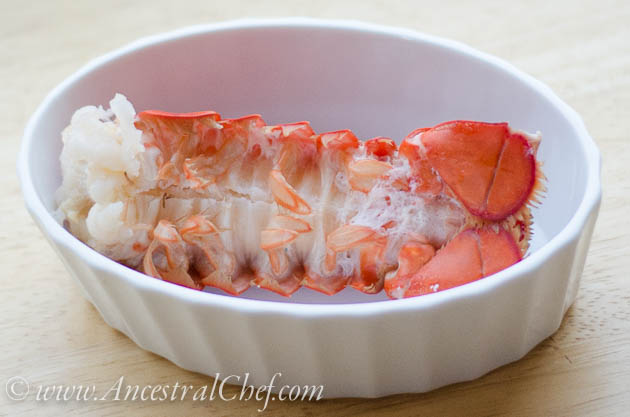 The Exact Cooking Time For Lobster

Timing will differ depending on how much lobster you’re steaming in one go (which depends on how many lobster tails (or whole lobsters) and how much each lobster tail weighs). The following is a general rule (I usually cook around 4 lobster tails in the steamer in one go, which comes to around 1 lb). Note all these weights include the lobster shell. 1 lb lobster (with shell) – 8-9 minutes if cooking a fresh one, 10 minutes if cooking one that’s been defrosted (I’m just really paranoid about undercooking foods!) For larger amounts – Increase the cooking time by 2 minutes for each extra 1/4 lb over 1 lb.