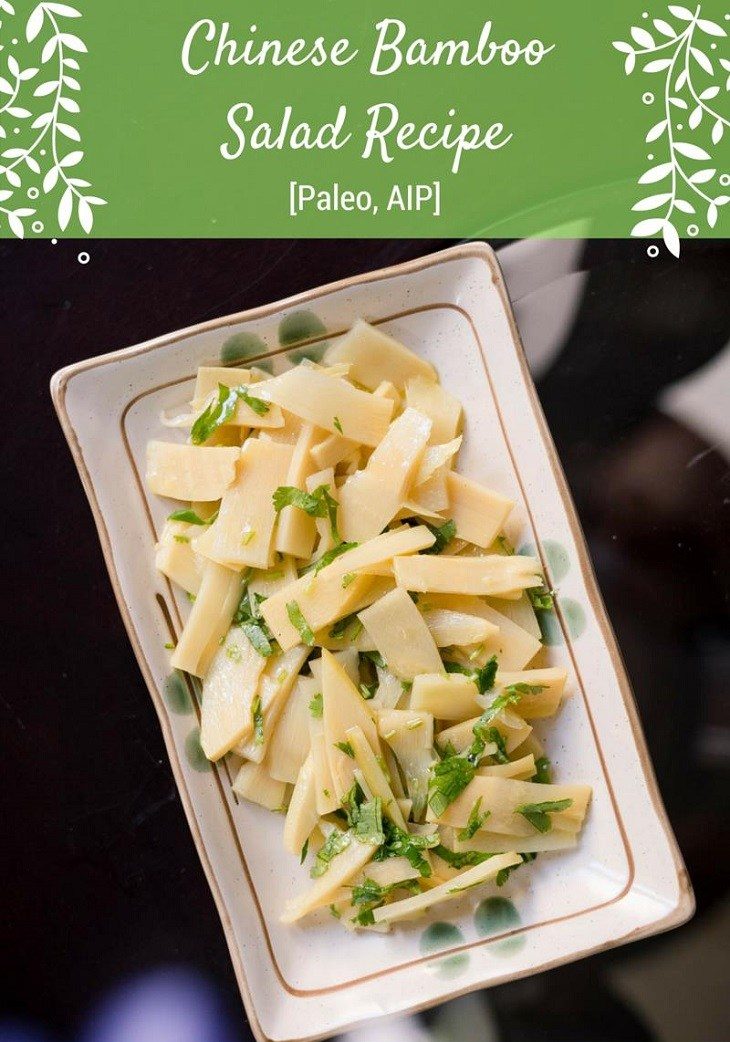 You’ll often find bamboo salad dishes at Chinese restaurants as a starter dish that’s served cold. And this Chinese bamboo salad recipe is very similar to those dishes. However, to make it more AIP-friendly, I’ve used olive oil instead of sesame oil and I’ve omitted the chili oil in this dish.

If you’re not on AIP and want to make this dish more traditional or if you just want to spice up this recipe, then try adding chili oil and sesame oil instead of the olive oil.

What is Bamboo and What are Bamboo Shoots?

When I say bamboo, pandas munching their way through huge bamboo forests often to mind, and we picture these giant thick green plants (as shown in the photo below). You can also buy bamboo potted plants that also feature tall and thick green stems. None of that seems desirable for us to eat. 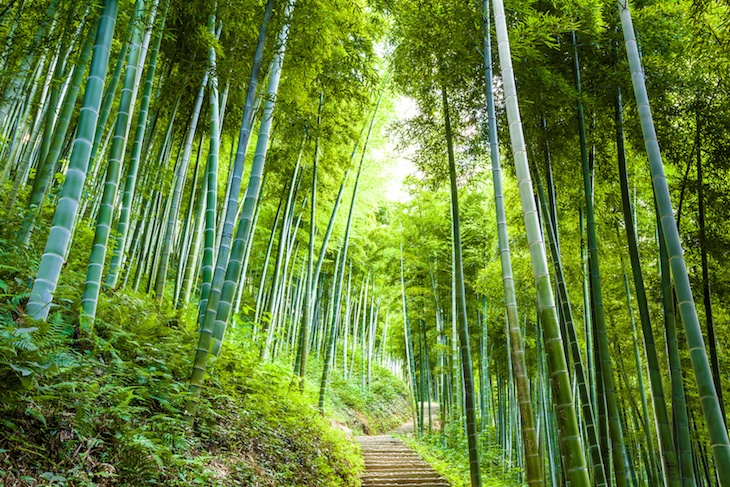 But the bamboo I’m talking about eating is different – it’s actually the bamboo shoots (also sometimes called bamboo sprouts). When bamboo grows, the shoots start off underground and are picked before they grow into the thick long tubes we think of as bamboo.

There are several different species of edible bamboo shoots, but if you tried to buy them fresh in the store (you can often find them in Asian supermarkets), then they’ll typically look something like the photo below:

You can then peel the outer layers (sort of like peeling an onion but the skin is thicker), and the end result looks like the photo below: 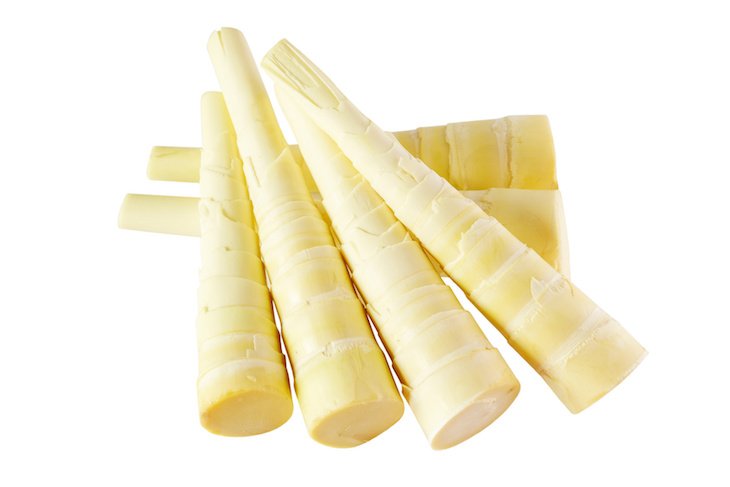 If you buy fresh bamboo shoots, then make sure to cook it first before eating them as the raw plants naturally contain a toxin called cyanogenic glycosides (which is also present in cassava root, bitter almonds, lima beans and whole sorghum ).

But if you cook the bamboo shoots first, then the toxins get destroyed. If you use canned bamboo shoots as suggested in this recipe, they are already cooked so this toxin won’t be an issue.

Bamboo shoots are mostly water so they’re pretty low in calories as well as carbs.

This is the nutritional data for 100 grams of drained bamboo shoots:

You can get these bamboo shoots online (e.g., on Amazon here) or at a lot of Asian supermarkets. 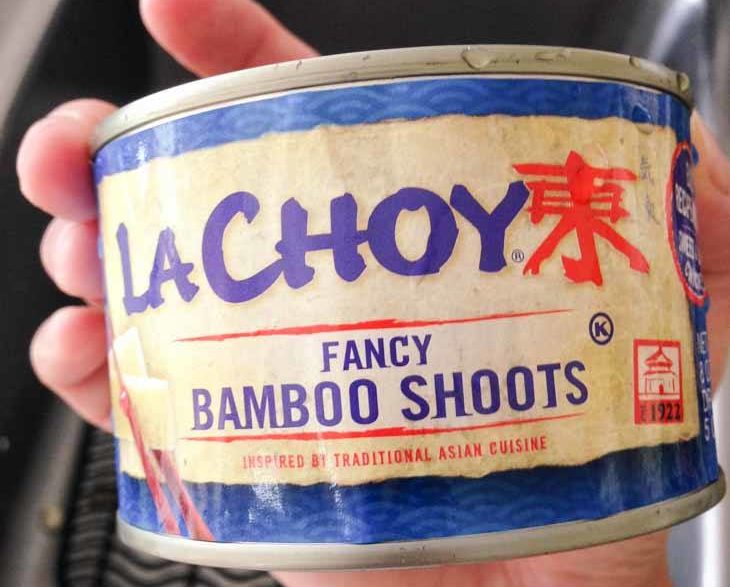 Make sure the only ingredients in the cans are bamboo shoots and water. Buy sliced bamboo shoots if possible as it saves you having to slice them yourself. 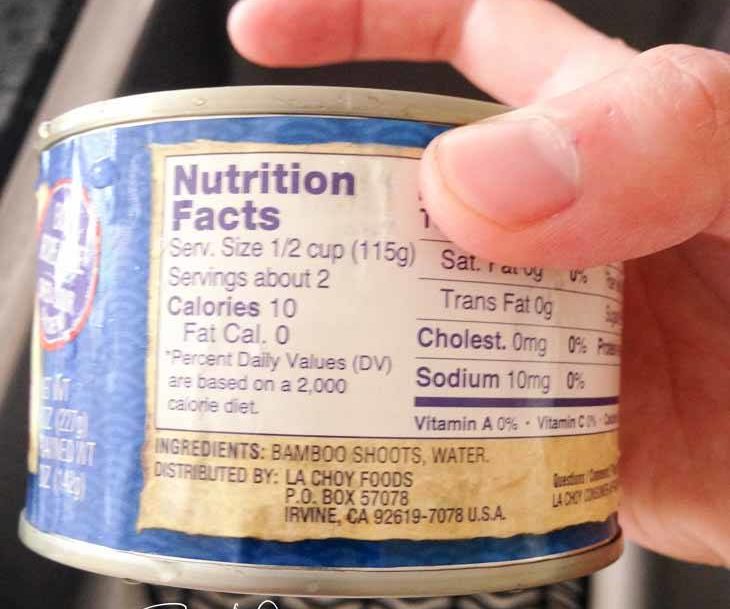 Drain the bamboo slices – they look like this once drained: 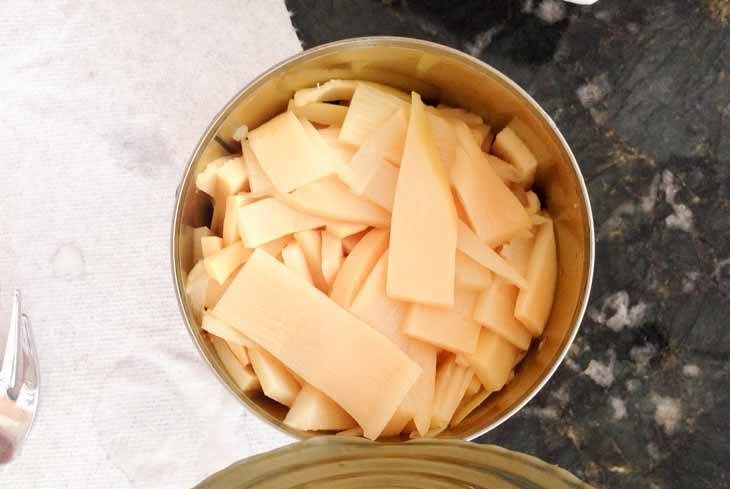 Toss the drained bamboo shoots with some chopped cilantro, olive oil, and salt. If you have access to sesame oil (and you’re not on a Paleo autoimmune protocol), then use that instead of olive oil – it makes for a more traditional Chinese recipe. You can also add in some chili oil as I suggested earlier. 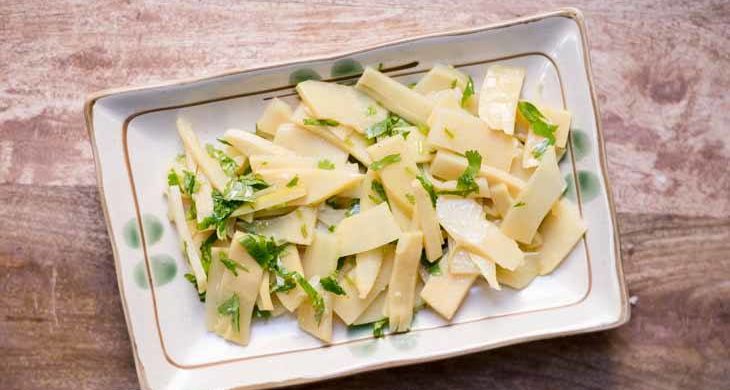 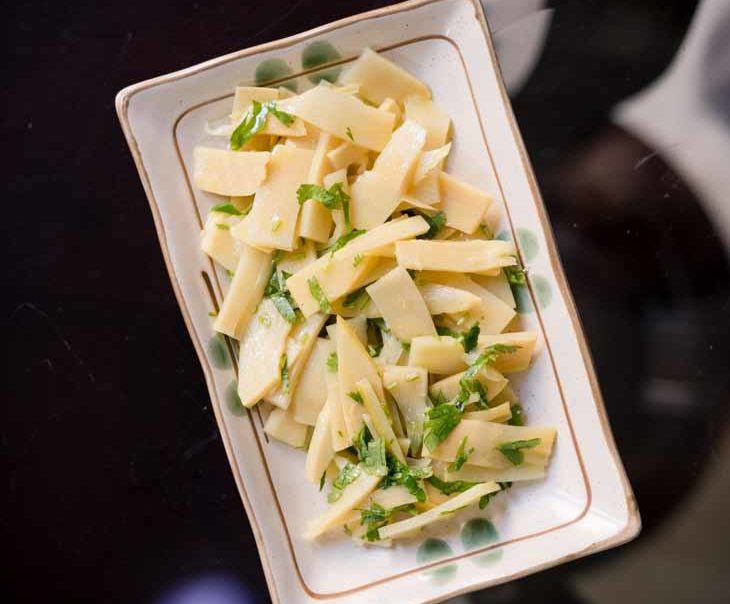