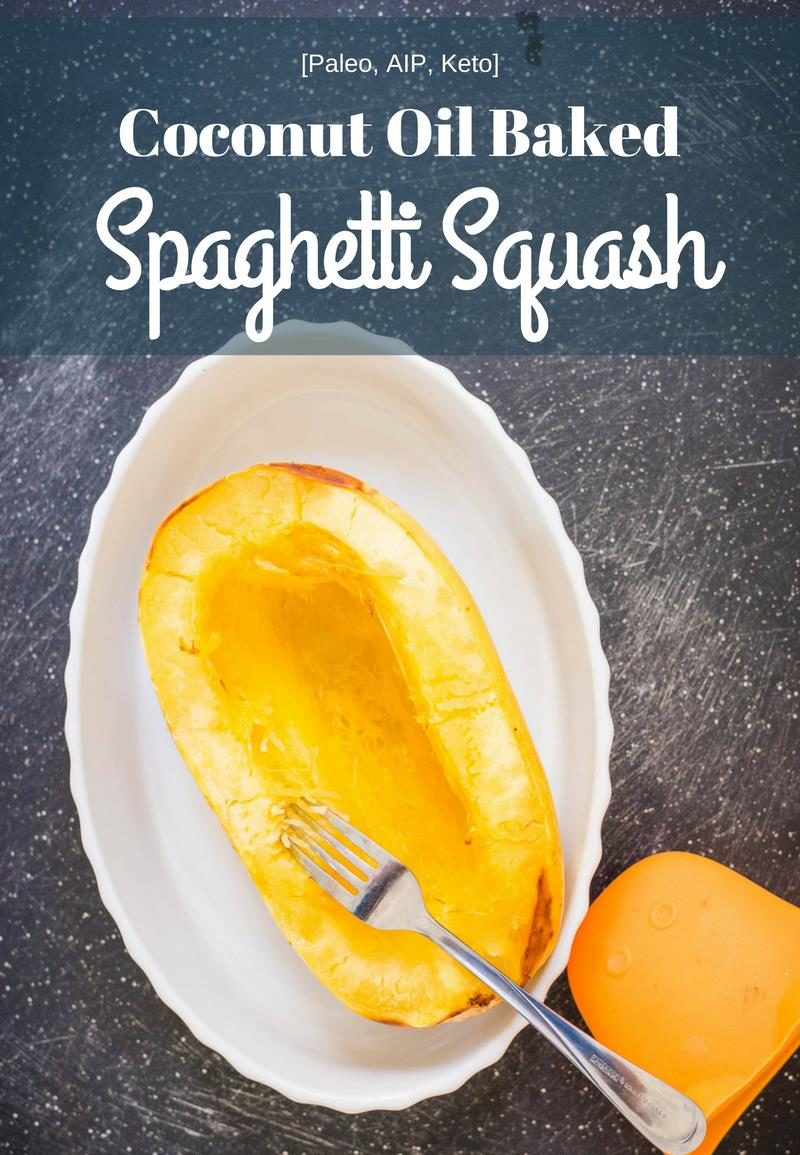 If you’re not familiar with spaghetti squash, it’s a melon-looking yellow squash that naturally forms golden spaghetti-like strands when cooked.

They’re Paleo, AIP-friendly, and low in carbohydrates (so Ketogenic-friendly as well). Because of the buzz about them in the US media, spaghetti squash can now be found in a lot of US grocery stores (including Whole Foods, Costco, and Walmart – they vary by location).

How To Cook Spaghetti Squash

Spaghetti squash is super easy to cook – you can microwave them using these instructions here or bake them in the oven following the instructions below. You can also roast the leftover seeds from inside the squash to enjoy like pumpkin seeds. 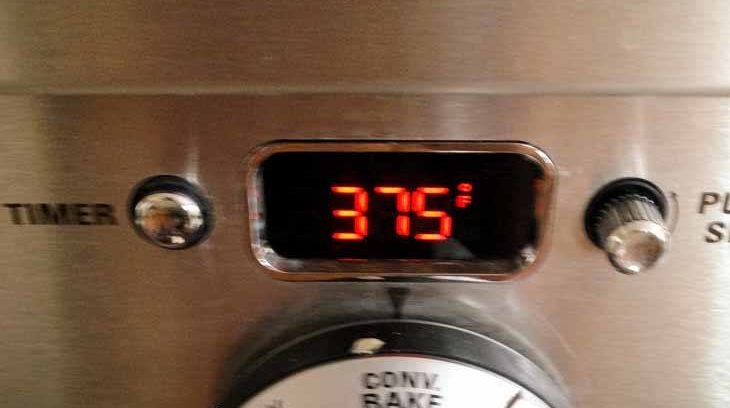 Cut your spaghetti squash in half. Make sure to be careful when cutting it in half as the outer skin is tough. Use your hands to scoop out the seeds from the middle of the squash. 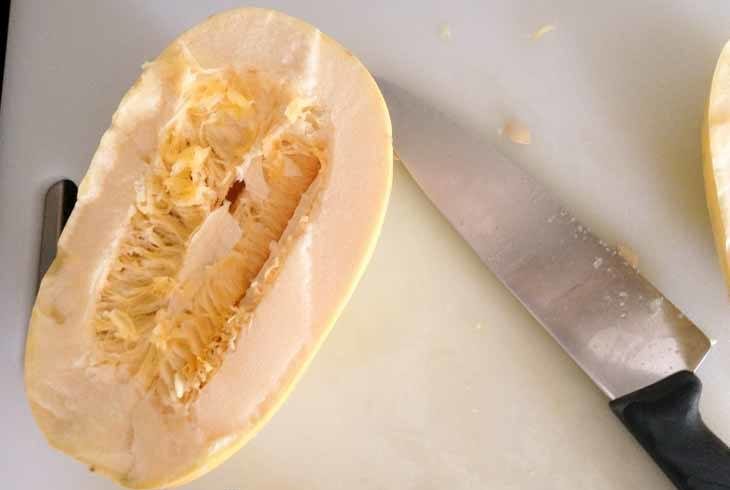 Smother coconut oil over the flesh of the squash using your hands making sure it covers the squash well. You may need to warm your coconut oil first so that it becomes a liquid and is therefore easier to apply. 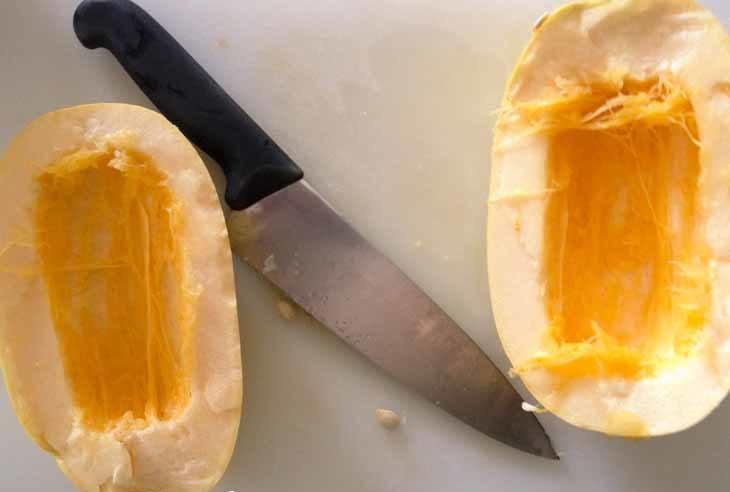 Line a baking tray with parchment paper. Place your spaghetti squash halves facing down on the baking tray. 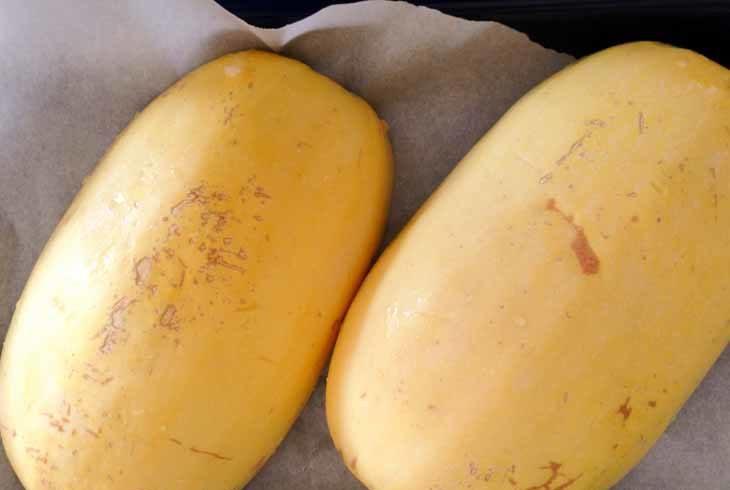 Bake for 45 minutes until the squash is soft. 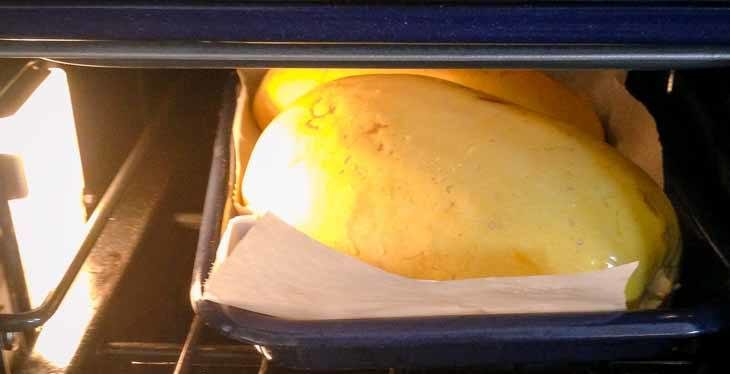 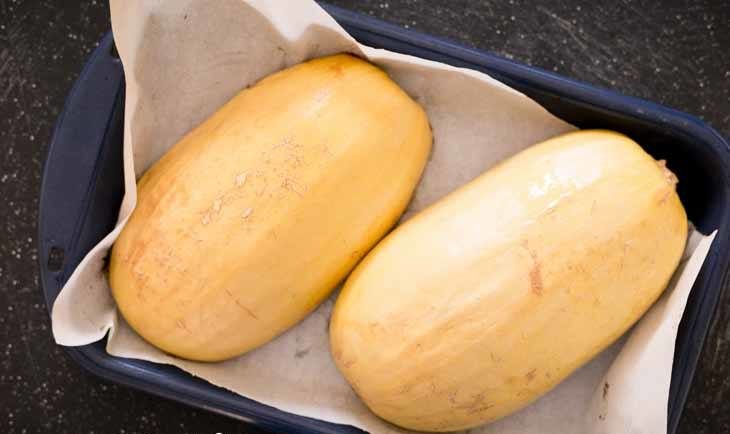 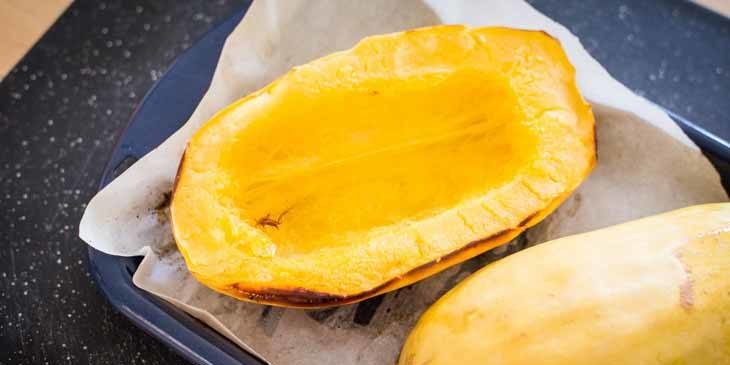 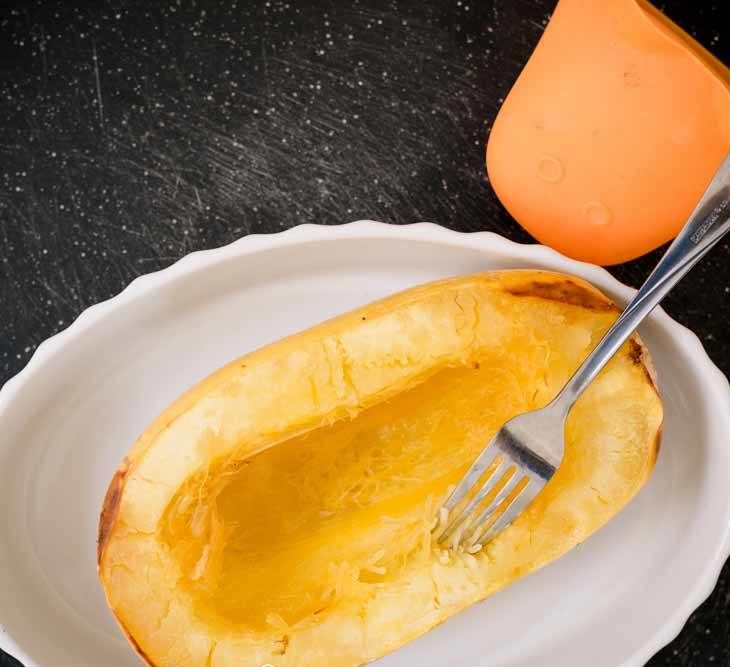 What to eat with your baked spaghetti squash?

You can enjoy your spaghetti squash by itself, with some extra coconut oil or ghee. Or you can use it as Paleo pasta – top it with some Paleo chili or enjoy it with some spaghetti sauce. If you’re on AIP (Paleo autoimmune protocol), then don’t worry, you can also make AIP chili (using beets instead of tomatoes). Or if you’re looking for a vegetarian meal, then try the spaghetti squash with some veggie curry.

Here’s the spaghetti squash with chili: 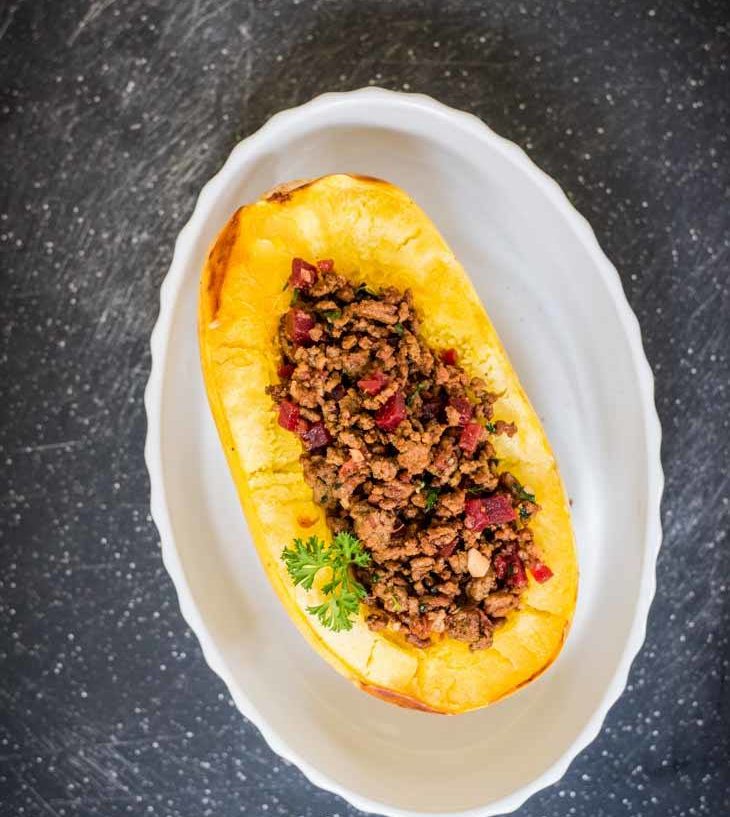 And here’s the spaghetti squash strands scooped out and topped with some tomato sauce: 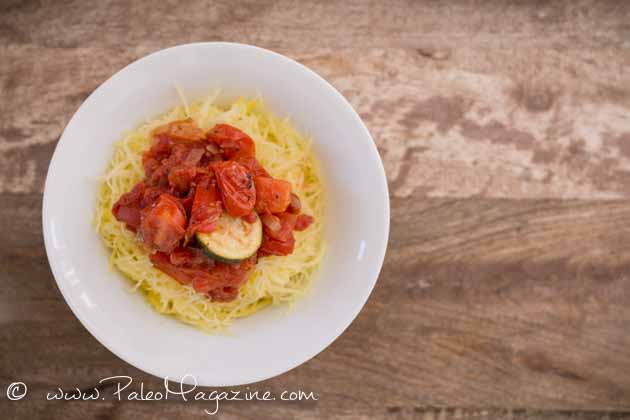 Please pin the following image to your pinterest board to save this recipe!

Awesome recipe! I am a pasta lover but I never thought of adding vegetables on my recipe, not to mention, squash. This is really great and healthy. Will be trying this at home tonight. Thanks for this 🙂

Please always include the nutritional analysis ! Need this before making a recipe Thanks