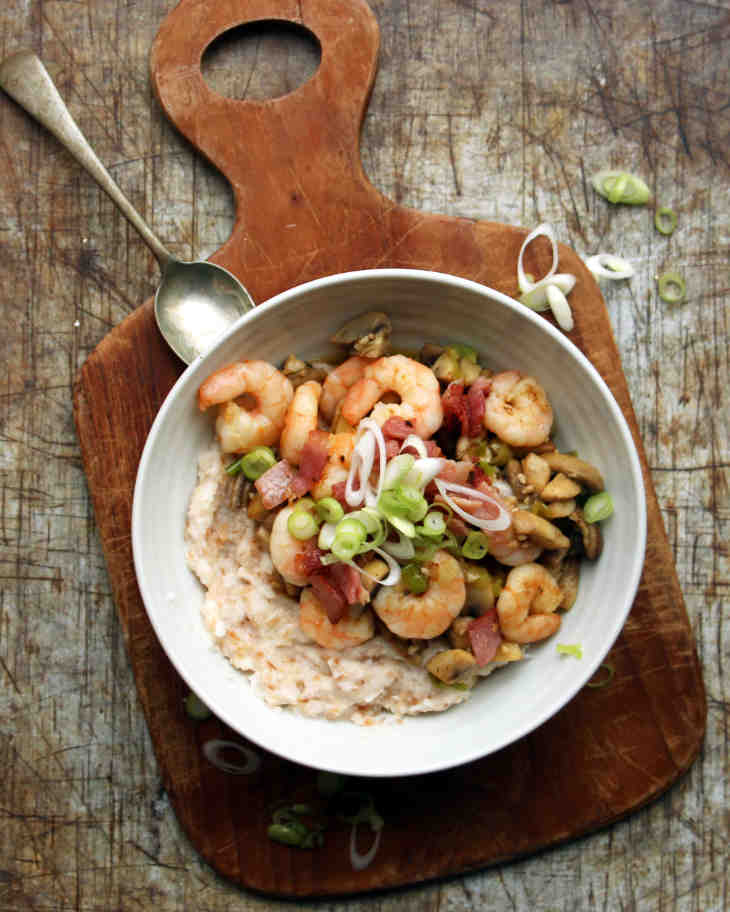 Salty and savory flavors combine in this paleo bacon shrimp and grits recipe. The coconut ‘grits’ have a familiar texture and are sugar free and gluten free to boot.

Make sure you serve these grits right away so they retain their signature texture.

Bacon is fine. Shrimp is good. But the paleo police will undoubtedly be after you if you try to pass off regular grits as paleo nutrition.

Grits are a porridge made of ground corn. While some may try to pass corn off as a healthy vegetable, it’s also a grain, and not that great for you. There are a lot of other foods that give you more bang for your nutritional buck.

OK, so now that grits (as we know them) are out of the picture, what will take their place? I found the solution in a fairly unexpected ingredient: coconut.

This paleo recipe replicates the texture of grits with a mixture of desiccated coconut and thick coconut cream. The result is a chunky-yet-smooth concoction that doesn’t look too far off from the original.

They taste delicious, although to be honest you probably wouldn’t confuse these grits for the corn-based kind. They’re lovely in their own way.

Make sure you satisfy the carnivores in your life by serving your paleo shrimp and grits with these Chicken and Apple Sausages. 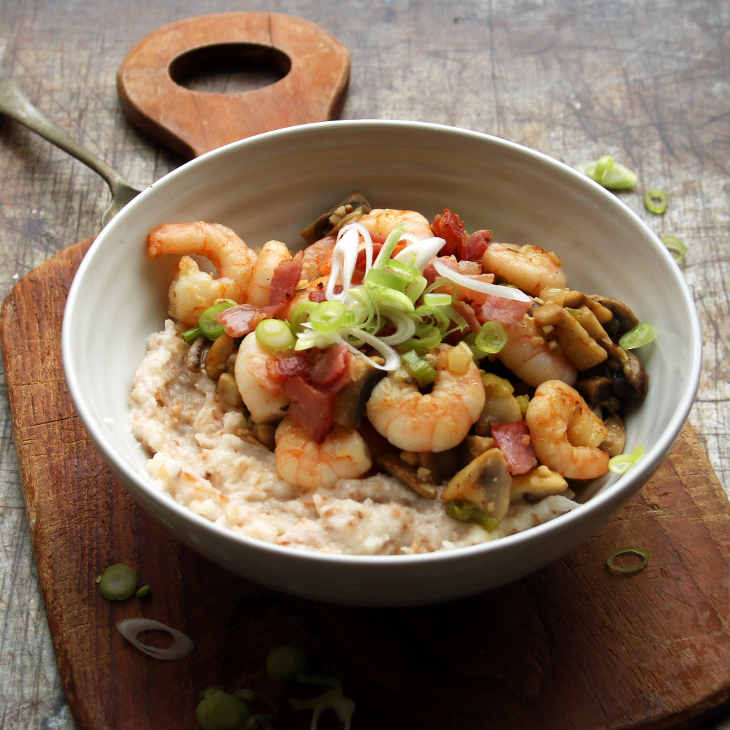