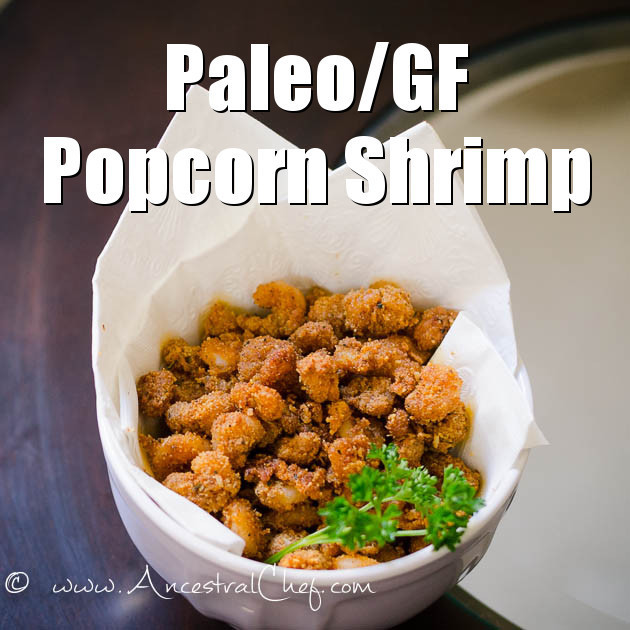 Jeremy always talks about his childhood spent eating and drinking non-Paleo classics like chocolate milk, bologna sandwiches, cherry coke, and popcorn shrimp (things I thankfully missed out on growing up in England). But, I thought I’d bring back some of his childhood foods by recreating Paleo versions of them. The Paleo popcorn shrimp recipe turned out amazingly well (in fact, Jeremy thought it was probably better than what he remembered!).

Here are the ingredients for the dish: 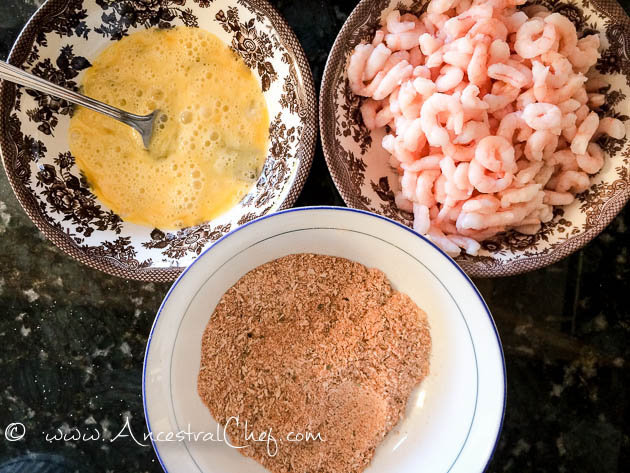 After coating the shrimp in the egg mixture followed by the coconut flour plus paleo cajun seasoning (homemade paleo seasoning recipe here), I shallow fried them in coconut oil (it required a few batches and used up a lot of coconut oil because some of the coconut flour and seasoning would fall into the oil and would burn if you reused the oil – it’d probably work better in a deep fryer or if you could sieve the solids out). 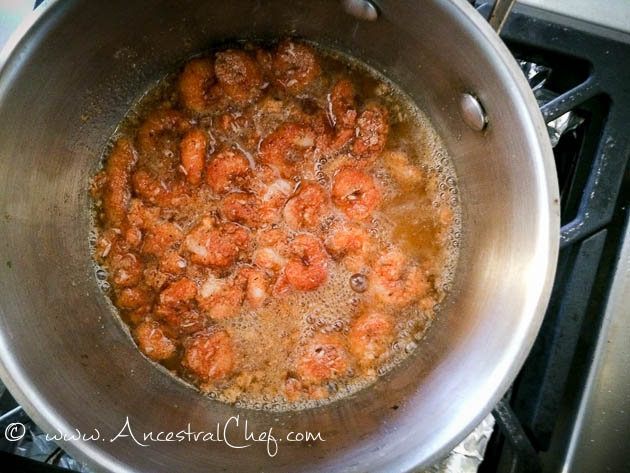 After frying until the shrimp turned golden, I removed the popcorn shrimp and placed them on some paper towels to soak up the excess oil. You can enjoy Paleo popcorn shrimp by themselves (the cajun seasoning is really tasty) or with some Paleo ketchup (recipe here). 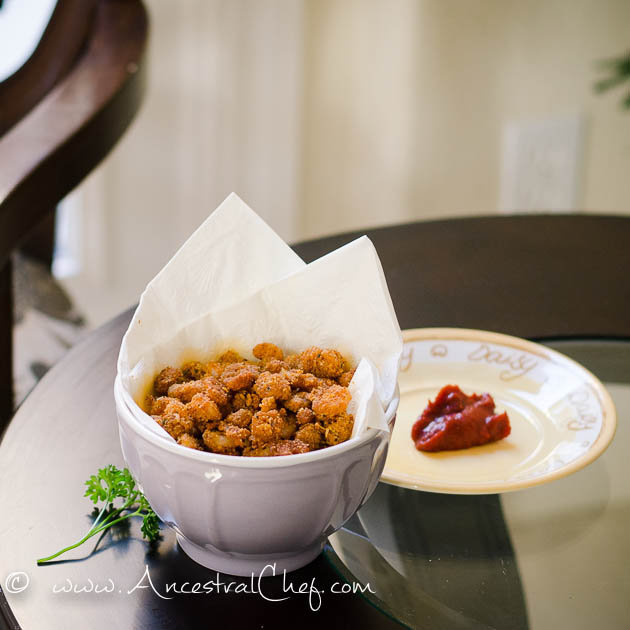 I didn’t realize coconut flour would fry up so wonderfully. Now I could eat these all day long.

I don’t usually like coconut flour, but these were terrific! Such great flavor with the spices! Will definitely be making again!