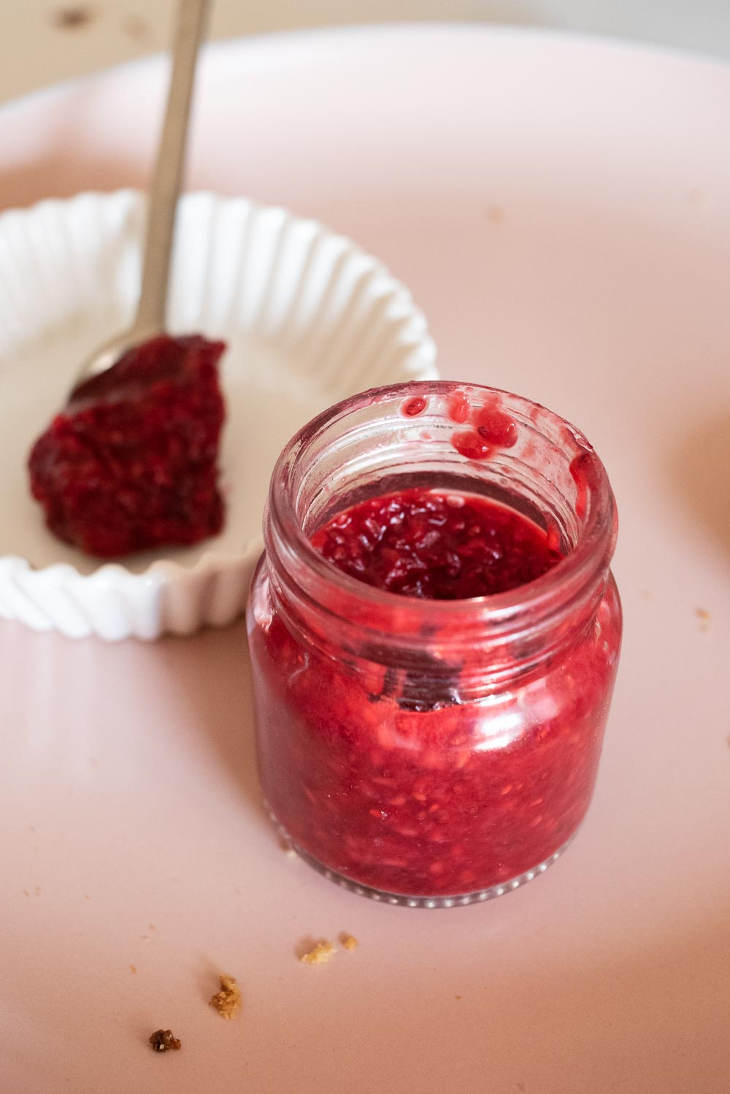 This Paleo raspberry chia jam is…the jam. I don’t know what I love more, the taste, or the fact that it takes a mere five minutes to make!

Why Your Jam Isn’t Paleo

OK, it might be Paleo. I haven’t rummaged through your pantry or fridge. But if you tossed a jar into your cart without checking the label, chances are your “healthy” fruit-filled spread isn’t up to snuff.

Here’s why: It’s sugar. So. Much. Sugar. Sure, it’s in various forms and in varying amounts. But there’s a ton of it and it should make anyone take pause before they spread it on their Paleo bread.

If you do happen to have a jar, go get it. I’d be willing to bet you’ll find fun stuff like sugar, corn syrup, high-fructose corn syrup, and fruit syrup.

Fruit syrup, by the way, is concentrated fruit juice used to sweeten without plain sugar or syrup. It’s oddly the most natural thing on the list.

While there is naturally occurring sugar in fruit, it also comes with a healthy dose of fiber and nutrients. The sugar added to the fruit to make jam just isn’t necessary.

How to Make Paleo Jam

This particular jam is raspberry jam, which can be quite tart. I don’t want it to be as syrupy sweet as the store-bought variety, but it’s best to add something to balance the fruit.

In this case, I swapped sugar for honey. This naturally occurring sweetener is less processed than sugar and has been eaten throughout history.

It doesn’t need much; a teaspoon does the job nicely.

Lemon juice is necessary to do what jam does and form that lovely texture. Lemon juice lowers the pH of the batch, allowing the ingredients to become more gel-like.

The Best Paleo Snacks You Can Buy

This Paleo raspberry chia jam is awesome – but sometimes it’s nice if someone else does the work. You know, when you’re short on time, overwhelmed, and/or hangry?

The trouble is, not everyone has the same standards for Paleo, and you may wind up eating more sugar or processed garbage than intended. Not all snacks are created equal.

I did the tough work for you of scouting out the best of the bunch. This post features tasty packaged Paleo treats, as well as a few snacks you can quickly whip up yourself.

I like to keep a stash of Paleo goodies at work (you never know when the hunger pangs will strike), and pre-packed healthy snacks are a must when traveling.

Because as much as I love raspberry jam, it doesn’t travel well. 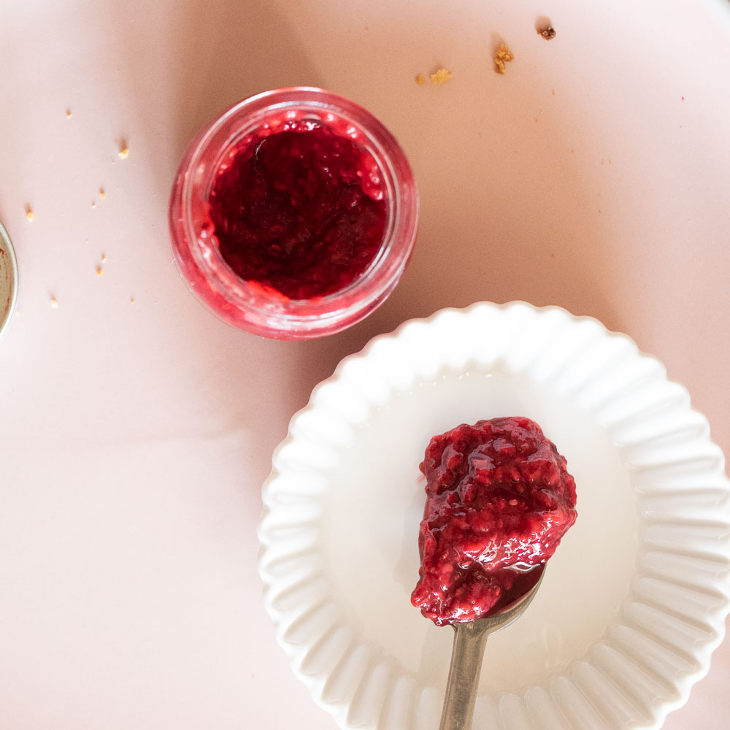 A super fast jam that’s not too sweet