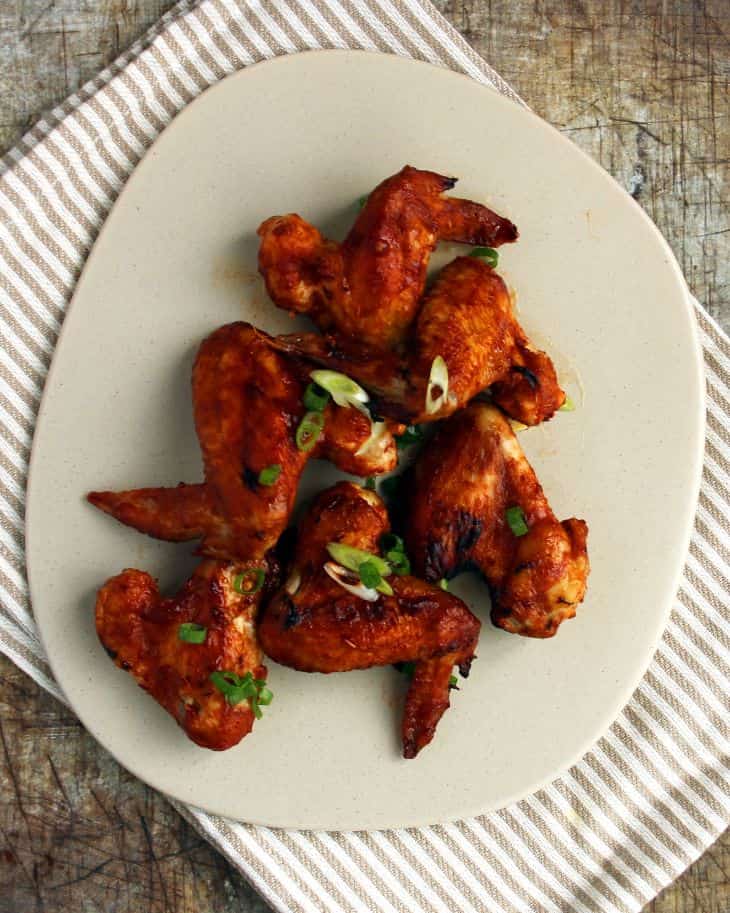 You’d better think twice before reaching for the wings at your next event. Instead, make this Paleo sticky chicken wings recipe for a clean-eating appetizer that just about everyone can enjoy.

I’d be willing to bet all of you fried wing lovers out there have one thing in common –you haven’t ever fried them yourself.

Frying is a pain. You have to work in small batches and you can’t get distracted. As in, distractions can cause fires.

If you’re getting ready for a party, have kids running around, or if you’re in the middle of entertaining, frying wings is basically the worst idea ever.

Then, you have to get rid of all that oil at the end of its useful life, and the smell lingers well after the last wing has been devoured.

There has to be a better way.

Bake your wings! While they may not get as crisp as when you deep fry them, you can still make a flavorful wing you’ll love in the oven.

These Paleo wings will probably be done a lot faster than your fried wings too.

Many recipes for sticky chicken wings are already Paleo. They’re typically sweetened with honey and perhaps sauces and seasonings similar to the ones in this recipe.

There are some potential ingredients that wouldn’t be Paleo, however. Some recipes add sweetness with brown sugar, for example.

You’ll also likely find recommendations to use some unhealthy cooking oils like vegetable oil. It really is terrible for your health.

It’s really easy to swap out other fats like olive oil, which is what I used to make these wings.

Finally, some chicken wing recipes include flour, which would not be Paleo. If desired, you could use alternative flours like coconut flour or almond flour, but these wings don’t really need it.

As you know, there are many variations on pretty much every recipe out there in the Paleo-sphere.

Sometimes it’s a matter of trying a few to see what you and your family like best. If these Paleo sticky chicken wings aren’t your thing (which would be shocking), here is a list of 21 other delicious Paleo chicken wing recipes. 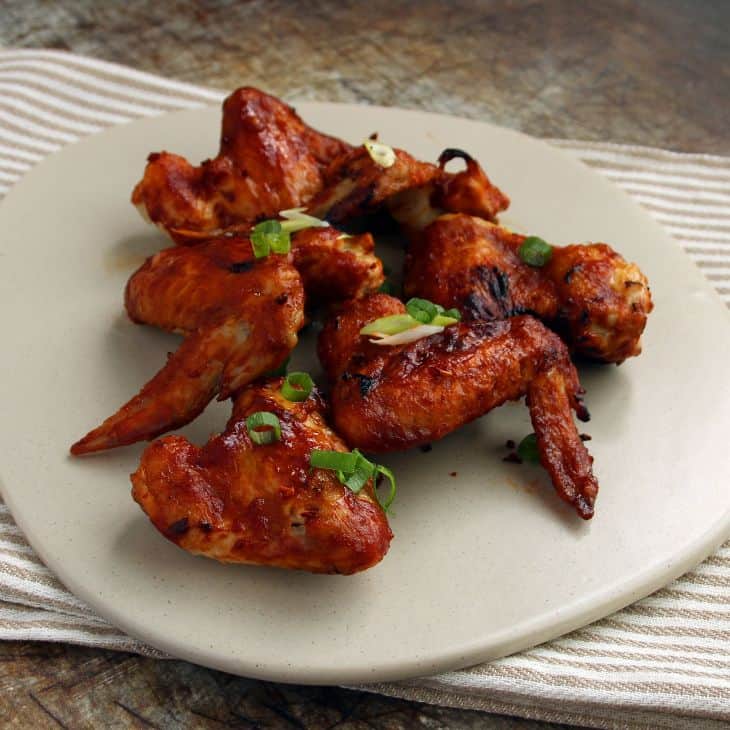 Deliciously sweet and sticky chicken wings to dazzle your guests on game night.