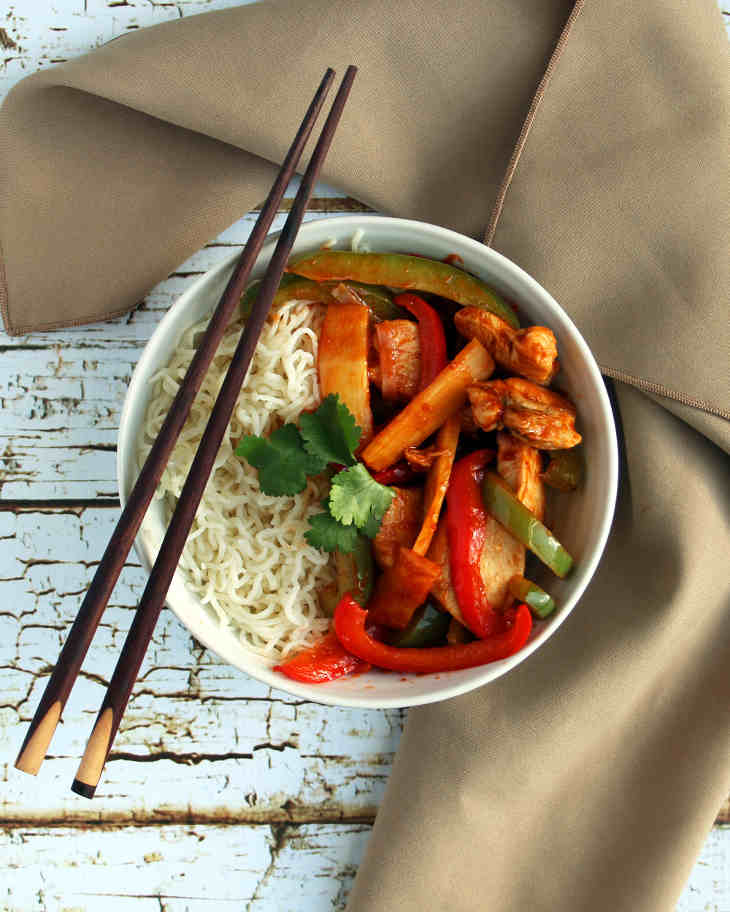 So you’re craving Chinese takeout. It happens to all of us. But the more you think about it, the more you realise that you don’t actually want take out. Take out is loaded with empty carbs, sodium, and who knows what else. That’s where this Paleo sweet and sour chicken stir fry comes in. It’s everything you want from your takeout without the things you don’t want. The classic combo of red and green bell peppers adds color and crunch while the bamboo shoots, garlic, and ginger give the noodles a traditional stir fry taste. Of course, we can’t forget the star of the dish, the juicy sweet and sour chicken. Grain-free noodle stir fry has never tasted so good!

A Short History of Sweet and Sour Sauce

The original sweet and sour sauce is said to have originated Hunan Province in South Central China. The sauce made in Hunan is thin and sour, bearing little resemblance to the sweet and sticky sauce common in Chinese restaurants across the US.

The Cantonese version of sweet and sour sauce is much closer to that found in the United States and elsewhere in the West. It was originally developed for sweet and sour pork but the flavor of the sauce was so popular that it can now be found on chicken, fish, and more.

Outside of China, there have also been different versions of sweet and sour sauces common in Europe since the Middle Ages. There is the Italian agrodolce and the French gastrique. In the US, many BBQ sauces also use sweet and sour flavors.

Sweet and Sour Sauce Gets a Paleo Makeover

Sweet and sour sauce isn’t hard to make, especially since our homemade version is free from additives and preservatives.

There are three main components to sweet and sour sauce: rice vinegar, ketchup, and soy sauce. Of the three, only the vinegar can be used as is. Luckily, the other two are not hard to substitute. For the soy sauce, use gluten-free tamari instead. For the ketchup, simply use this Paleo version.

More Sweet and Sour Paleo Recipes to Satisfy Your Cravings

If you love sweet and sour, don’t stop with this stir fry, there are many more Paleo-friendly ways to indulge your cravings. 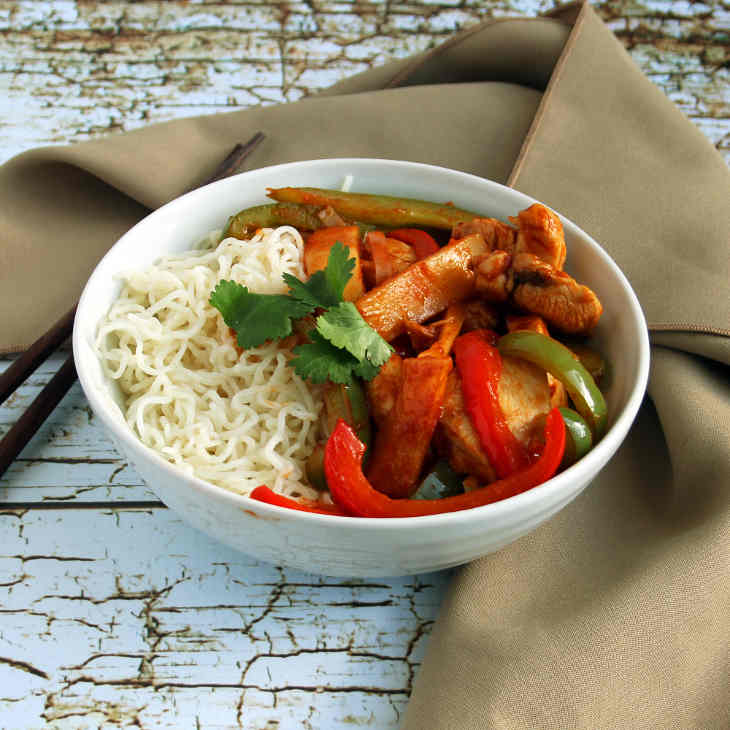 A low carb classic stir fry that must be enjoyed with chopsticks.