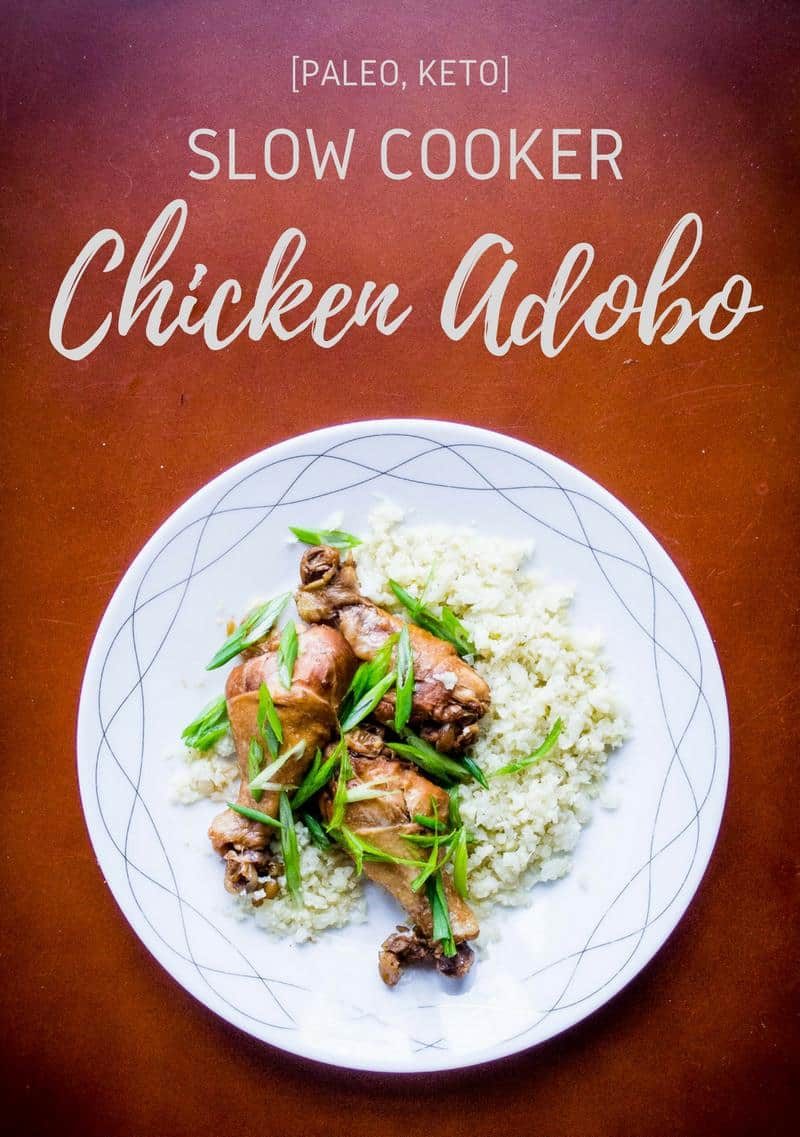 If you haven’t come across this dish, then you have to give it a try!

Adobo is considered to be (unofficially) the Philippines’ national dish.

Although the word adobo comes originally from the Spanish word ‘adobar’, which means to marinade, the recipe dates back to before the Philippines was colonized by the Spanish.

Chicken or pork was marinated in salt and vinegar as a means of preservation. The meat was then cooked in the marinade. Later on, Chinese traders introduced soy sauce which replaced salt in the dish.

Nowadays, there are tons of different ways adobo is prepared. You can add potatoes, chicken gizzard, and chicken liver to it. Some people even add pineapple, coconut milk, or turmeric to the dish.

You can also use vegetables instead of meat like water spinach, or seafood if you want. The possibilities for this dish are endless, so I hope you enjoy playing around with the recipe.

Chicken adobo is usually served with rice, but for a Paleo or Keto version, try it with cauliflower rice instead.

This chicken adobo recipe is a reasonably traditional version (except it’s made in the slow cooker and then served on top of cauliflower rice). Enjoy it for a delicious and easy Paleo or Ketogenic meal.

This recipe is really easy to make. Just place all the ingredients (chicken drumsticks, chopped onion, crushed garlic, gluten-free tamari soy sauce, apple cider vinegar) into your slow cooker and set it on low for 6-8 hours until the meat is soft. 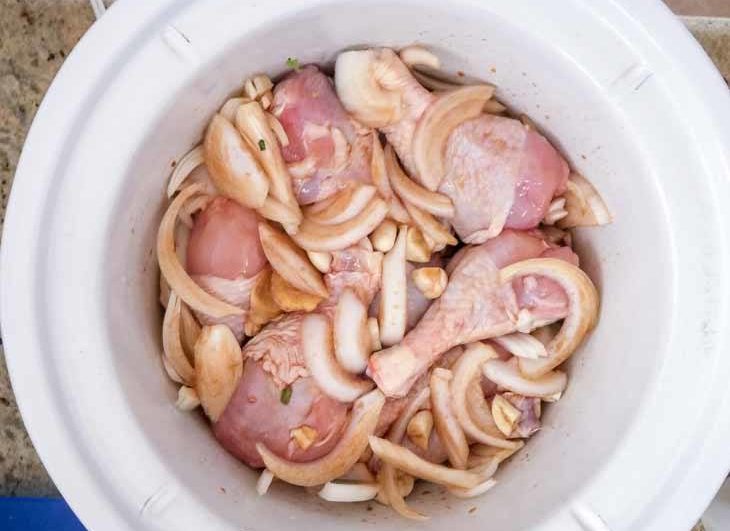 Place the cooked and tender chicken drumsticks on top of cauliflower rice (recipe here) and garnish with some chopped green onions. 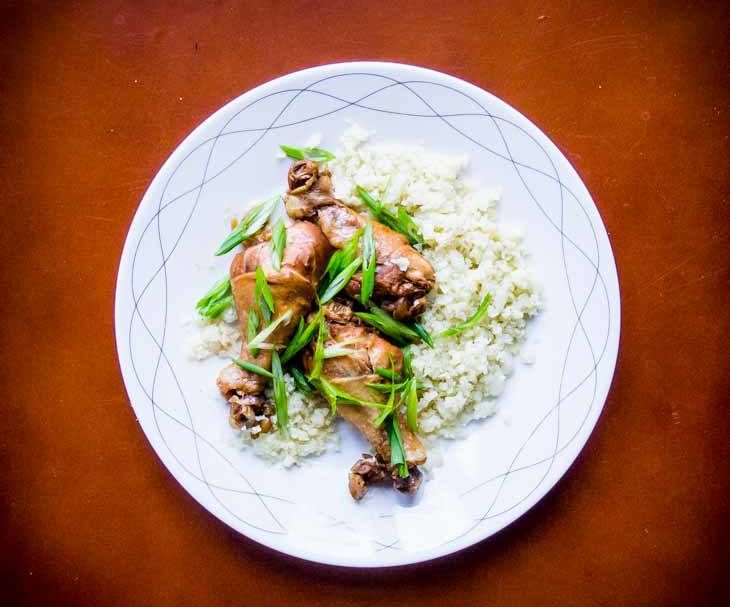