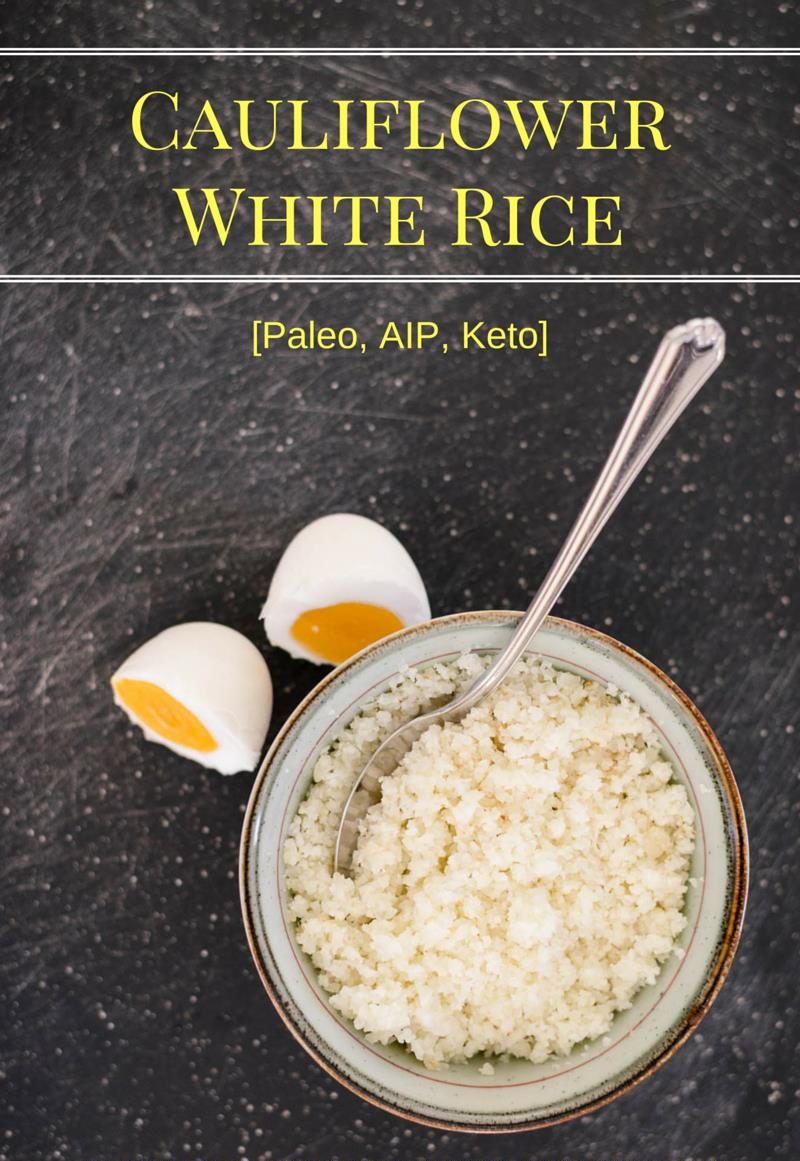 I still recall the first time I heard about cauliflower rice. A friend of mine who knew I had gone Paleo sent me Nom Nom Paleo’s cauliflower rice recipe. I was so intrigued, I just had to give it a try. And then I promptly fell in love with cauliflower rice!

I started making different versions of it – from Chinese fried “rice” to Thai chicken and “rice.”

This recipe here for cauliflower white rice is the most basic form of cauliflower rice. So if you master this, you can then get creative and make your own versions of flavorful cauliflower rice. Or you can just stick to this simple dish and use it to pair with stews, curries, and stir-fries.

Chop the cauliflower into smaller florets. 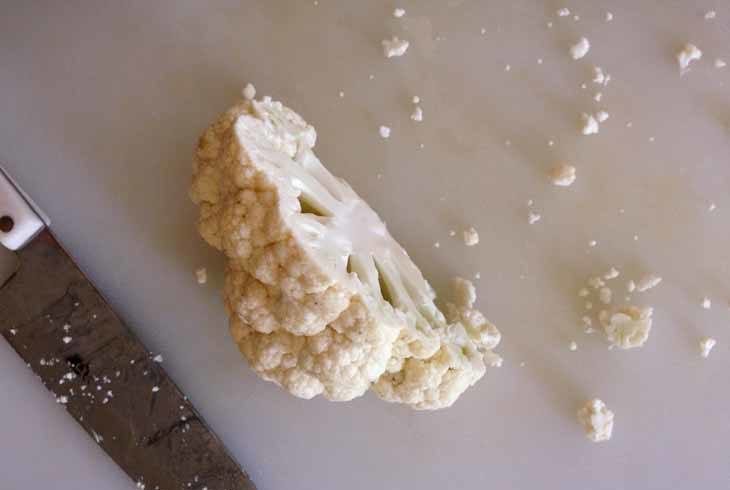 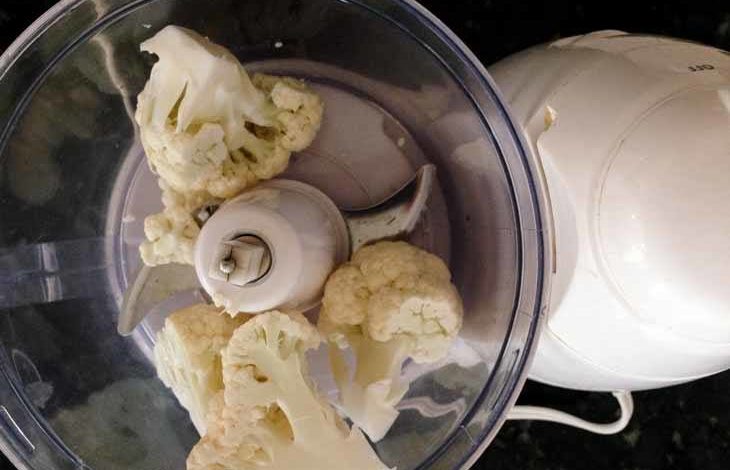 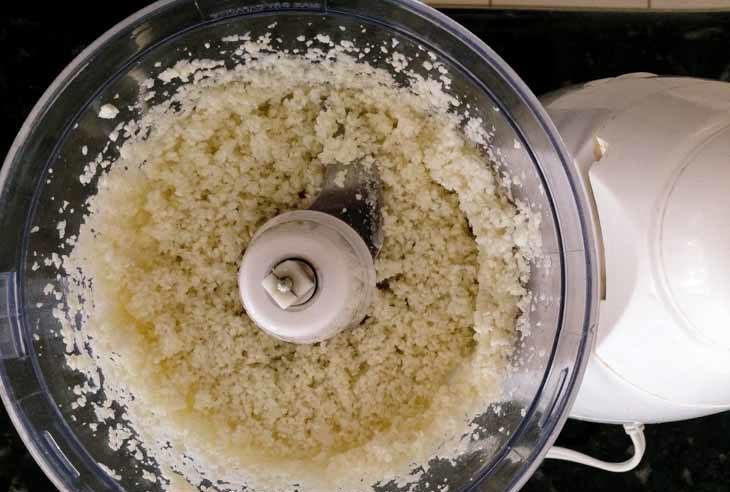 Heat up a frying pan on medium heat and add in the coconut oil. Squeeze out excess water from the cauliflower before putting it into the pan. Pan-fry the cauliflower rice for 10 minutes until it turns soft but not mushy. Keep stirring to make sure it doesn’t get burnt. 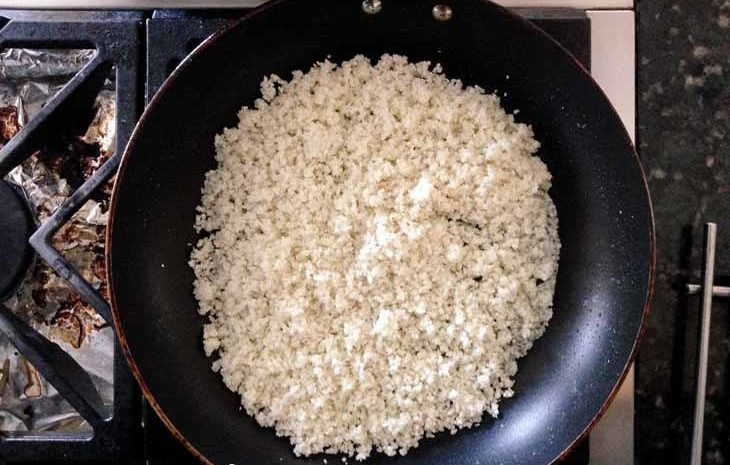 Add in salt to taste and whatever other flavoring you’d like. 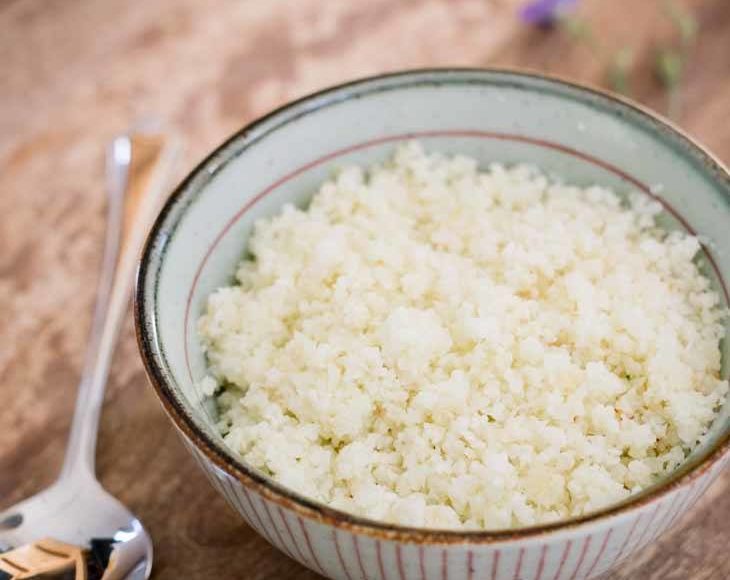 How To Serve The Cauliflower White Rice:

You can serve the cauliflower white rice by itself, make cauliflower fried rice from it, or serve it with any dish that you would normal serve with rice like this Paleo coconut chicken curry dish or this slow cooker oxtail recipe (which is Paleo, Keto, and Whole30-approved). 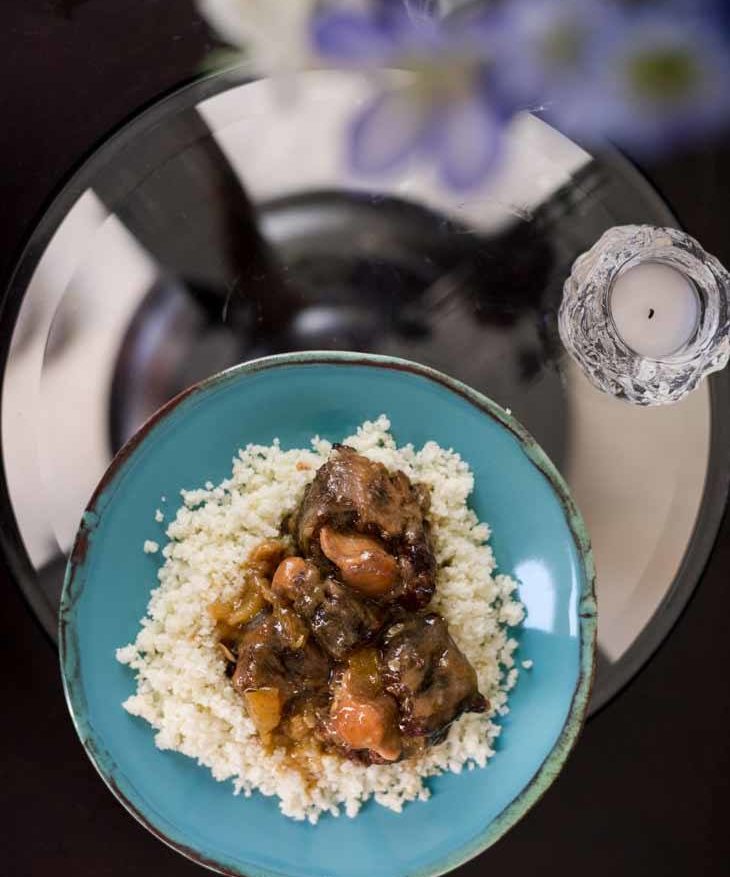