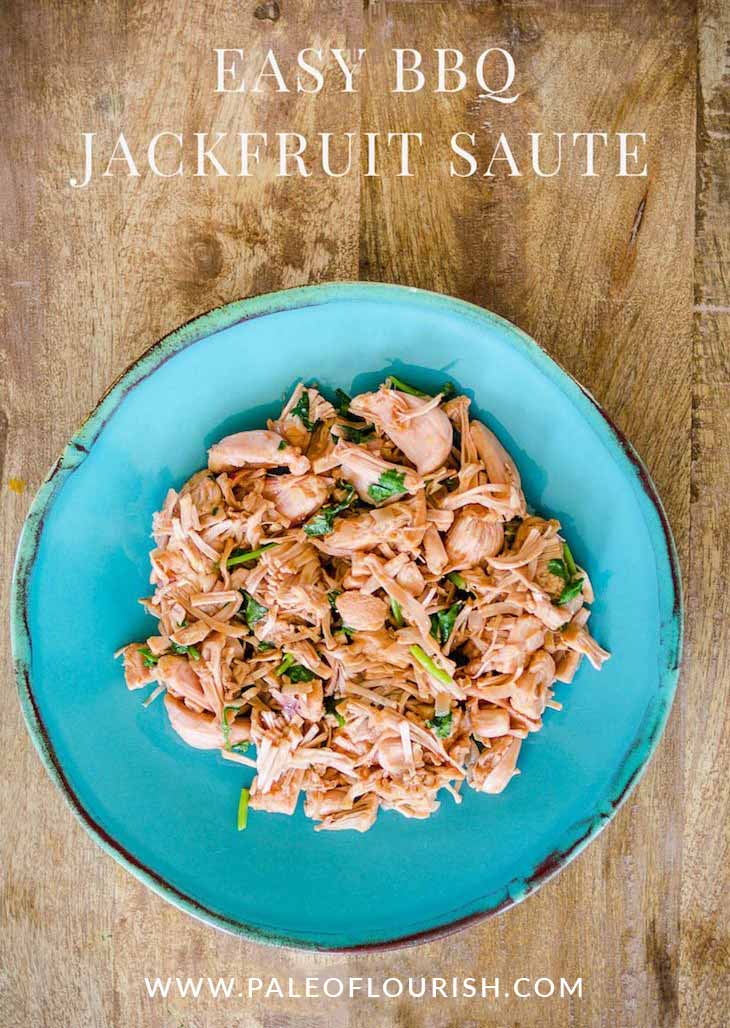 Jackfruit has been all the rage in the US so I had to give it a try and see what it was all about!

The whole phenomena started because someone discovered that young jackfruit could be used as a meat-substitute in that it formed meat-like shreds and could soak up flavors from the sauces it’s cooked in. This makes it great for dishes like this one which is similar to BBQ pulled “pork.”  There’s also a version of this recipe for the slow cooker if you prefer cooking that way (see below).

If you want to find out more about jackfruit (what it is and its nutritional value), then check out this extensive article on jackfruit.

This recipe is super easy and quick to make, but if this is your first attempt cooking jackfruit then make sure you buy young green jackfruit and not sweet ripe jackfruit for this dish. If you’re looking for a sweet jackfruit recipe, then check out this Indian sweet jackfruit balls recipe here.

I like to use these canned young green jackfruit from Native Forest – they’re packed in brine so they’re a little bit salty already and you can purchase these cans on Amazon here. 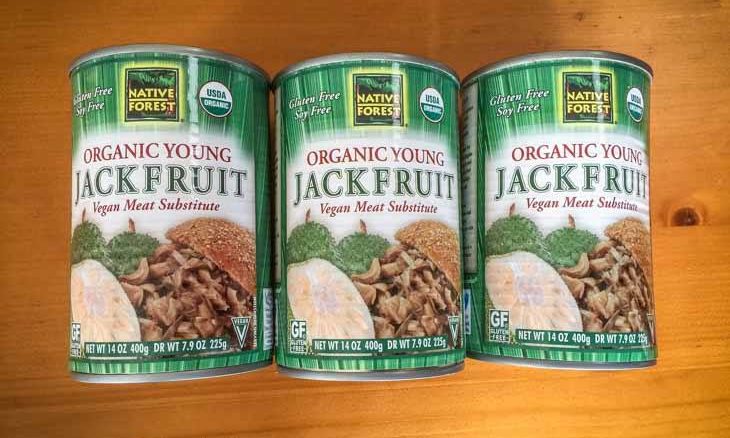 The photo below shows what the young jackfruit looks like when you open the can. 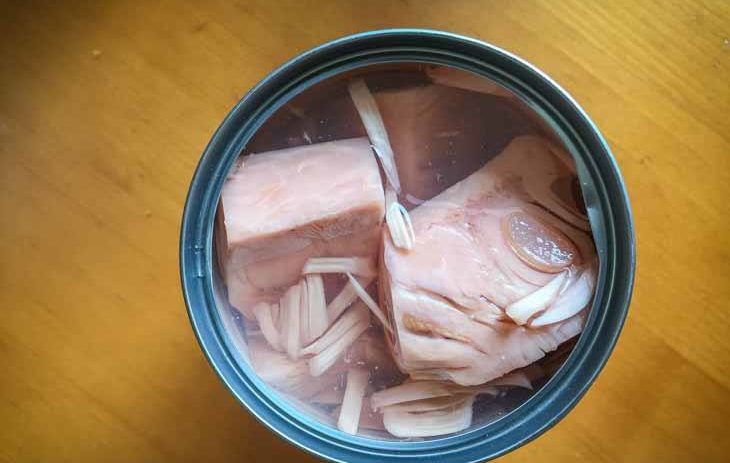 As you can see, the jackfruit is already cut into small chunks and can be easily flaked with a fork. While they’re not tender when uncooked, they have been softened by sitting in brine for a while. 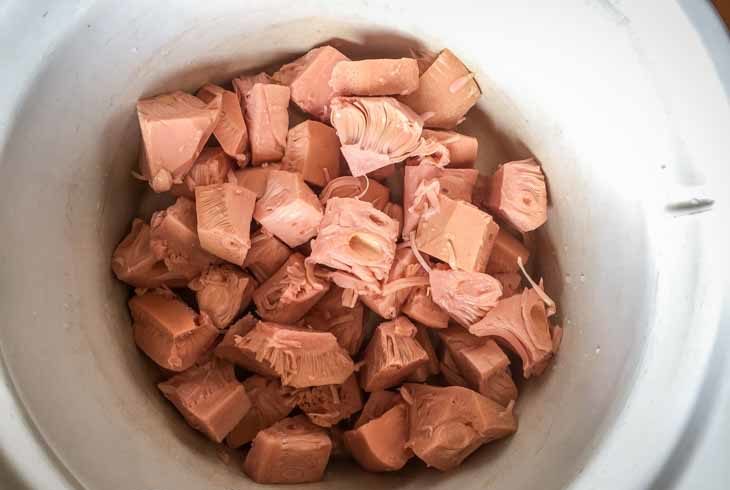 This is what jackfruit looks like after pulling the strands of jackfruit apart – it looks very similar to shredded chicken or pork. 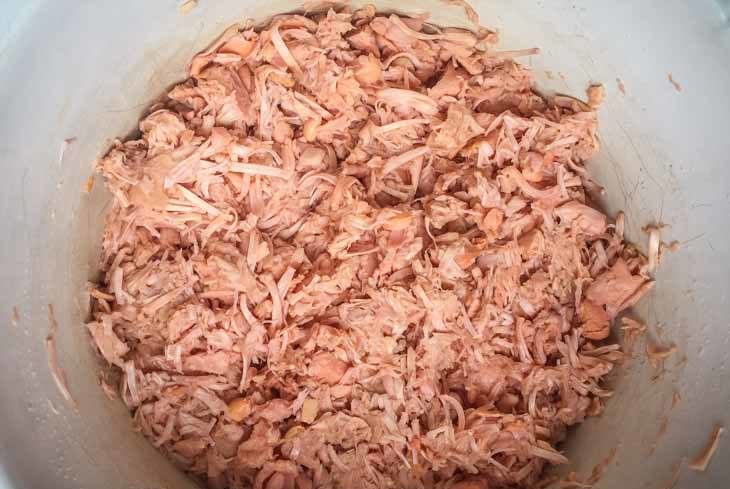 Because the jackfruit is already pretty tender, it doesn’t need to be cooked for very long – it’s mainly to try to get the BBQ sauce flavor into the jackfruit. 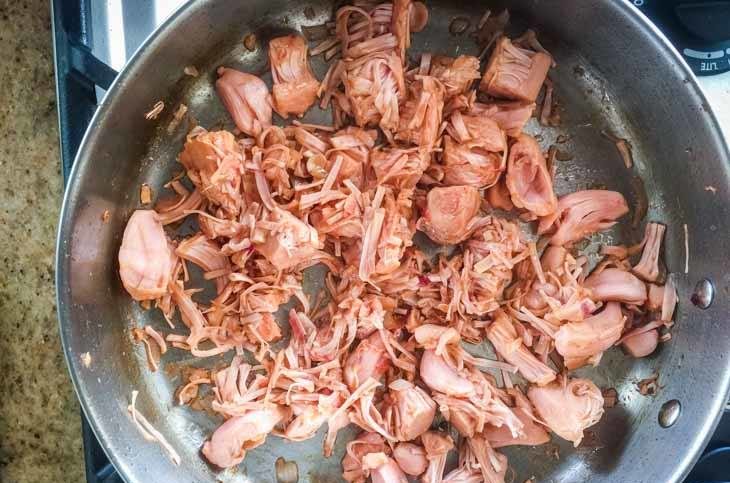 To make this dish, first saute some chopped onions, then add in the already shredded jackfruit and then add in the BBQ sauce (for some Paleo BBQ sauce options, check out this list of 40 Paleo BBQ sauce recipes here). Then just saute everything for around 10 minutes. You can also add in some liquid smoke and parsley or cilantro for extra flavor and color.

Here’s what this easy BBQ jackfruit saute recipe looks like when it’s finished. Keep reading for the slow cooker version of this recipe. 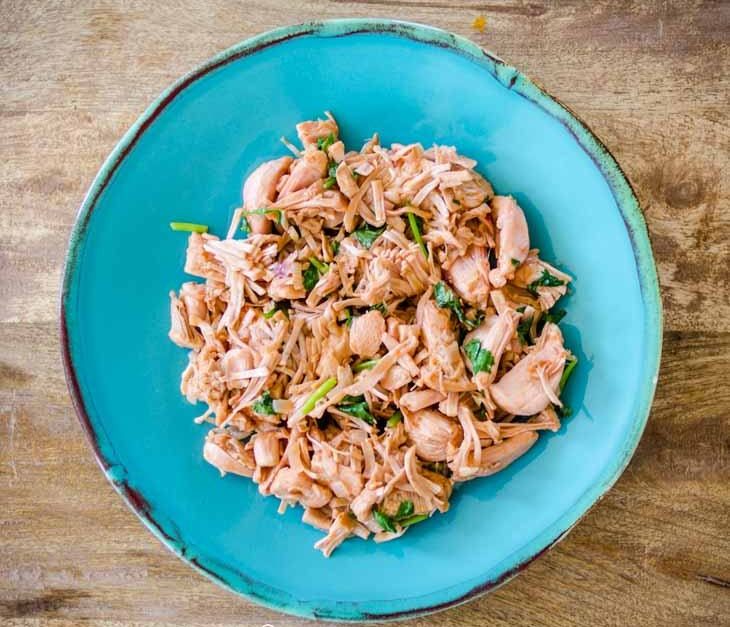 Pin this image to your Pinterest board to save this recipe.

This photo shows all the ingredients in the slow cooker: 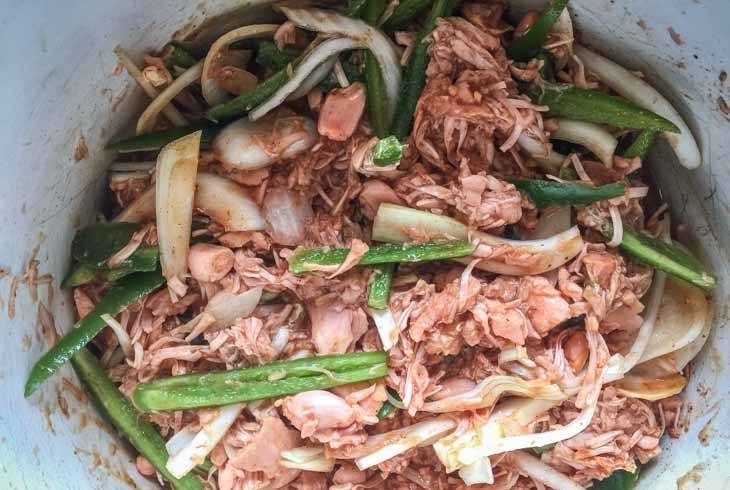 This is what the dish looks like when cooked (the jackfruit gets quite soft): 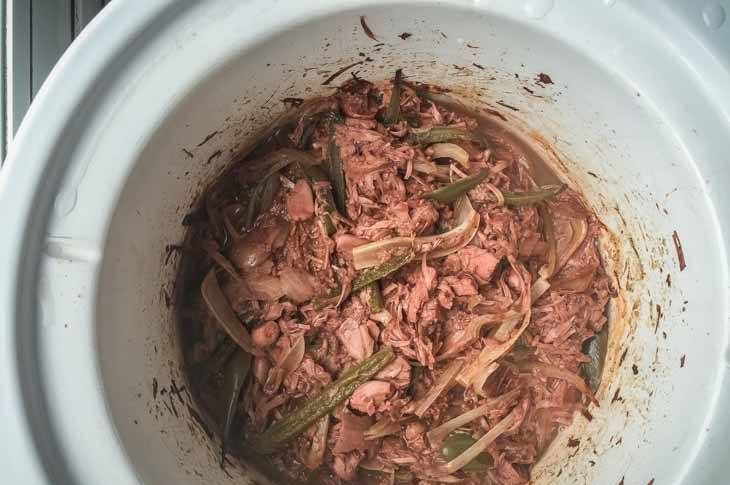 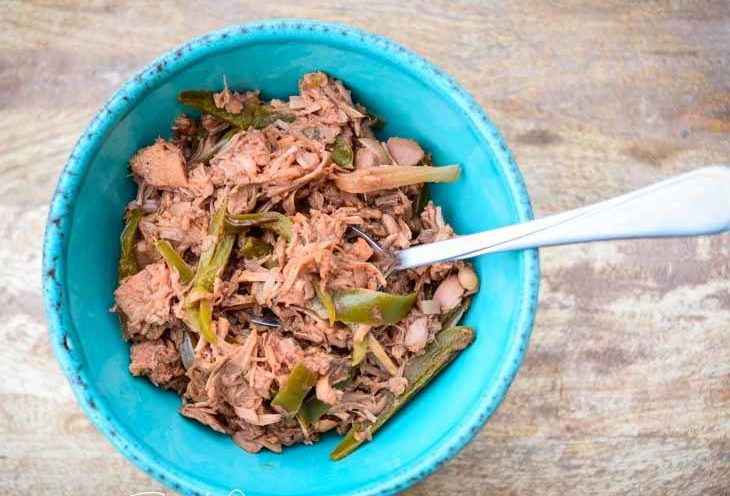